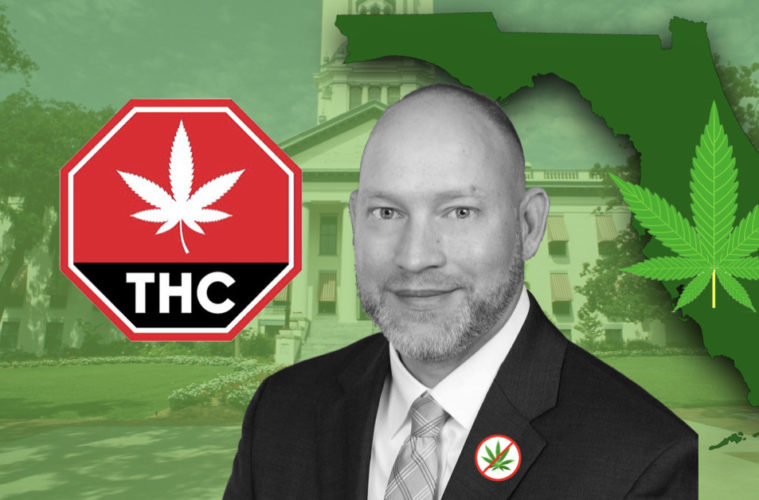 For the third year running since the medical Cannabis program finally got started in 2018, the Tallahassee rumor mill hadx been passing around the idea that there may be an effort to cap THC in flower to 10%,

Then, on the very last day that bills could be filed, Sen. Ray Rodrigues and Rep. Spencer Roach filed their Marijuana Regulation bills, HB 1455 and SB1958, that contains the cap.

The bills read that an MMTC:

The first question you must ask is “why”? Why fix something that seems to be working in a system that still has many flaws waiting to be fixed?

In the world of politics, and especially Florida politics, the real reasons are usually not obvious.

Sometimes, the reasons spring from the antiquated and sometimes paranoid feelings of the legislators. Some experience in their past seem to dictate the actions they take today – the loss of a friend to drug abuse that wasn’t entirely cannabis, an moral aversion to drugs and alcohol that seems to often gloss over the use of prescription drugs, or the like.

Or it could be the dark side of representative government. We vote them in to represent us and our views in government, but it is often the viewpoints of major campaign donors that dictate policy decisions.

So, why for the third year in a row, do legislators like Speaker of the House Sprowls bring in guest speakers like Dr. Bertha Madras, an avowed prohibitionist, or author Alex Berensen, you wrote the questionable non-fiction book, “Tell your Children?” They tout a theory based on poorly constructed studies that high concentrations of THC are known to cause first-episode psychosis and is destroying the minds of our children? They continue to spout these stories, even though studies from Colorado verify that cannabis use has gone down in minors since they began adult-use cannabis sales?

Like any good conspiracy theory, there is a grain of truth that is perverted to create a conclusion out of context, and this is no different. One fact that is brought out by the prohibitionist speakers is that the concentration of THC is higher now that it was 40-50 years ago, prior to states developing legalization programs for medical cannabis in the mid-1990s. That much is true, but the extent of that difference is debatable.

Back in the 1960, 70s and 80’s, the illegal nature of the product meant that most of the cannabis been distributed in the US was shipped in from South America and Mexico. But you would not recognize it when compared to today’s product, It was grown outdoors and the plant was hung to dry, then stripped of buds and leaves that were packed into bricks then were wrapped, stacked and packed into larger wrapped bundles. Then they came across the border by ship or plane. Whenever traffickers were spotted by authorities, the bundles which were wrapped in plastic, were thrown overboard and washed up on shore, where they were called “square groupers”. But those that made it here were opened, pulled apart and packed into baggies. Those baggies were often a mixture of a myriad of stems, seeds and even the bark and fiber of the main plant canes, called curds and bast. By the time they got to the end-user, they could be months after harvesting. Confiscated product may have not been tested for months after that, so that data is very sketchy.

Since the plants were grown in very warm climates, the THC, CBD ratio was low, but when it was finally being bred and hybridized domestically, the CBD amount dropped even further. Here are some statistics that show the approximate THC levels over the years.

It should also be noted that the brick weed of the 60-80’s was made for an Adult-use market, and not a medicinal one. So, when the cultivators started creating domestic products, they selectively chose higher THC strains to achieve better medicinal results, since it was being grown for that purpose.

It wasn’t all brick weed

That is not to say that all cannabis in those days was a step away from being hay. Many folks in Florida had come from farmers that created products that were more potent for their customers. Colas (seeded buds) of Afghani strains were snuck into the country for cultivating instead of selling it as smokable product. In the 80’s, a farmer in Manatee county named Donny Clark created a strain called “Myakka Gold”. Donny trimmed the buds and packed them in hermetically sealed bags without seeds or stems, in part to sell a product better that the imports and in pat to protect his genetics, which came from afghani sativa. Cathy Jordan, who had smoked the brick weed in Delaware was shocked when she came done to Florida in 1989 to visit a nurse friend of hers after Cathy has been a few years into her ALS diagnosis, only to find that the potent Myakka Gold actually stopped her disease from progressing, and she had gotten better than she had been in a long time.

Donny had grown the plants in 55-gallon barrels sitting on stumps under the swamp water on his land, covered by a canopy of trees to shield the crops from the law. But other cultivators in the 90’s started using hydroponics, and carefully selecting and growing seedless female plants and packing the buds instead of the brick-weed style packaging.

A Medical Product for a Medical need

So if the medicinal product is working better for patients than the product from its ancestors, why try to fix what isn’t broken? That brings us back to the political reasons for policy. With full legalization on the horizon that turns away from the medical market, prohibitionist donors to political candidates. It should also be noted that the adult use market will be taxed here in Florida, and so the need to purchase more product to achieve the same result will benefit certain parties, including the folks who will be selling the adult-use product and those who will be collecting taxes on that product.

Sen. Ray Rodrigues, who helped to write the implementation bill for the constitutional amendment for the house and has championed the THC cap, often gets major funding from the Semblers, a couple who own most of the drug treatment centers and Drug-Free America. He even introduced them to the house as honored guests when they came to the capitol, and then when out to dinner with them. Other elected officials who get funds from the private prison industry and the alcohol industry have also come out in favor of the cap.

This year, “Ray Rod” is in the senate, and the senate president, Wilton Simpson, has come out to the media in favor of the THC caps again. That is not to say that the feeling is unanimous in the senate. Sen. Jeffrey Brandes, the unofficial libertarian lead of the GOP in the Florida senate, noted on Twitter that he would not be in favor of the cap. He is not alone. For the last two years, it was the senate that blocked Ray Rod and the House from establishing the cap.

But the other issue is that the legislature knows that cannabis advocates come out in force every time there is a cap possibly in play. Almost to the exclusion of all other topics. It s the perfect diversion for them when they don’t want to have any changes made to our current flawed program.

The last two years, the cap came out as a last-minute amendment to a non-cannabis bill. The advocates go crazy, waiting for the shiny object to pop out so they can play whack-a mole to knock it down.

This bill could potentially set up the state for a lawsuit, because it singles out people with a disabling condition for higher cost of care, since they would need twice as much to care for thier condition, which meets the legal definition of “harm”.

The other major issue is the arbitrary and capricious nature of hte 10% cap. There is no study that verifies that a 10% cap can reduce the amount of first-event psychoses, which is the bill’s basis for the limit.

An interesting strategy, but will we harken back to brick weed to satisfy the donors or strengthen the medical program to is full potential?