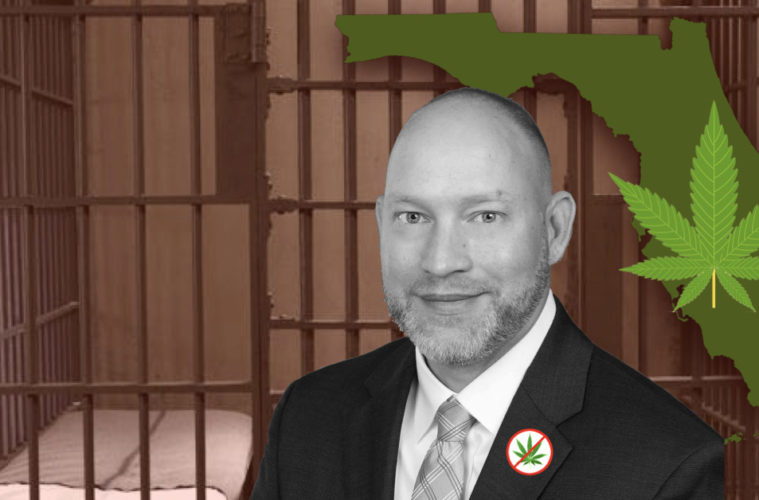 It seems that Florida’s Medical Cannabis program has defied the odds. It has grown despite all attempts at over-regulation and the lack of a free market. It is a medical program that failed to issue a new license application since its inception.

Florida’s medical cannabis market has now grown to over 500K patients, making it the largest in the country. You would have to put three of the early western medical program states together to make Florida’s numbers. And those programs that have been active for decades.

That makes Florida the third largest cannabis market in the US. It’s the only one in the top three that does not have an Adult Use program. So, Florida is the largest medical-only program.in the country.

The absence of legal adult-use is not the only restriction. Florida does not allow for reciprocity, which means that visitors cannot purchase product in Florida, even if they have a medical card from another state. That restricts the industry to Florida’s full and part-time residents. That is just one of the reasons that the medical registry represents only 2.5% of the population. Florida still has a long way to go to meet typical patient saturation, which usually at 10%. The rest of Florida’s patients still get their medicine from the unreliable illicit market. Oklahoma, a liberal program in a conservative state, hit that saturation point in only two years.

But even at its snails’ pace, Florida could reach a six-billion dollar industry by 2030. That number could double if Florida adopts an adult-use market. Florida does not tax medicine, but adult-use sales could generate sales and excise taxes over $800M. It would also generate 60,000 jobs. That would be a godsend to a state whose tourist and service industry was decimated by the COVID pandemic.

Those are numbers that should make legislators ecstatic. Especially one whose sole constitutional duty is to create a balanced budget.

Despite overwhelming voter approval, the State Legislature is pushing back.

So why is Rep. Spencer Roach, in conjunction with Speaker Chris Sprowls, trying to blow up this rapidly growing industry?

If you look at the rhetoric of Rep. Roach from his testimony, along with a presentation by Dr. Bertha Madras, who came to speak to the legislators at the Speaker’s request, you would surmise it was an unsupported theory about an increase in first-event psychosis caused by high THV levels. But is that the real reason?

But in his speech before the Professions and Public Heath committee, Rep. Roach loudly stated the quiet part, and that had little to do with concern over psychosis.

testimony before the Professions and Public Health committee on March9, 2021

The rest of his testimony was filled with inaccuracies, as well. But it seems obvious where he really stands. He quoted statistics compiled by the Pattern review board of the Board of Medicine, including the number of milligrams of THC ordered by a physician who recommended far more than any other cannabis doctor. Then he extrapolated the number of patients and number of milligrams of THC recommended by this outlier physician to the whole program, creating a statistical fallacy.

But his incorrect analysis didn’t stop there. Then he compared THC recommended to the active ingredient of Advil, Ibuprofen, milligram(mg) to milligram, as if they were equal in dosage efficacy. In an attempt to illustrate what the number of THC mg recommended in one year would look like, he translated that number to mg of Ibuprofen as a multitude of Advil bottles. That doesn’t work. For instance, if you compare Xanax, which has a standard dosage between .25 to .5mg to a 100mg Ibuprofen, one Advil of Xanax could kill.

Inaccurate statements abound in his testimony.

He also claimed that you cannot verify overdose of THC because there is no legally established dosage limit. So his idea was to set the arbitrary and capricious THC limit of 10% dry weight THC. There is no mention of THC-a, THC-b or THC-V, which shows that his research was far from complete and his policy is based on shaky science, if any. Setting a dosage limit does not create the criteria for overdose.

As his testimony continued, he mentioned that only “recreational drug-seekers” really want THC levels over 10%. Since there is no Responsible Adult-use market in Florida, that means he is currently talking about the illicit market, which is the only place you can get cannabis products without a medical card. This means that he clearly has his eyes set on stopping the legal adult-use market from happening.

This brings up two points: 1) he is incorrect in his statement about only “recreational” users wanting THC over 10%. The fact is that medical patients, not adult-use folks, that truly need THC over 10%.

We hear it all the time. Look for “Prescription strength” or medicines with higher levels of active ingredients to treat your condition.

Its not that patients don’t want THC levels higher than 10%. They need it. For the same reason that we created a medicinal cannabis market in Florida. It was done to treat debilitating conditions with the proper dose to be efficacious.

So the concept that we need caps on THC to protect patients falls to the ground.

Secondly, we need to look at his concern that certified cannabis doctors “abuse the system to get rich”? Maybe when docs were prescribing opiates for pain indiscriminately, but that is not the case here. These are doctors treating patients by giving them access to condition and patient specific doses.

Why does Rep. Roach object to doctors making a good living? The average radiologist makes far more than cannabis doctors, as do surgeons and other specialists. Why isn’t he going after them? They are getting rich treating patients, too.

Is there a Quid Pro Quo here?

Maybe a quick look at Rep. Roach’s campaign contributors will help to solve this conundrum. Just go to the Secretary of State’s elections page and check out his financial disclosure. There you will find contributions from alcohol and tobacco companies, pharmaceutical companies, lobbyists that support prohibitionist clients, and GEO care, which runs private prisons.

Is it any wonder why he filed a bill to block home brewers from selling their product on consignment to breweries and bars.

During a discussion on the 2020 “T21” bill, which was written to increase the minimum age to purchase tobacco and tobacco/nicotine products to 21, Rep. Roach spoke in favor of a carve-out exception, so that those in the armed forces and veterans between 18 and 21 could purchase them, as well.

So much for protecting the health of our youth.

This bill can do more harm than good.

There is a huge down side to the clauses in this bill.

First, it infringes on the first amendment rights of certified cannabis physicians. No other medical specialty has a ban on advertising. Secondly, it prevents the access to appropriately dosed medication to vulnerable patients, forcing them to purchase 2-3 times more product than they had been using. Tha means they must pay more to purchase it legally or buy from the illicit market, whose product is inconsistently grown and often with questionable cultivation methods, including increased pesticides, fungicides, etc. This policy essentially targets people with disabilities.

Although Rep. Roach speaks of “recreational” users as drug-seekers being the point of this bill, the first people that it effects are those who need it for medicinal purposes, and a carve-out for terminal patients forces patients to wait until they are deemed terminal before they have the chance to save their lives. Many will be starting too late.

Rep. Roach‘s bill will have a negative economic impact when we can least afford it.

Then, there is the financial impact. This industry is creating jobs for thousands, even in the pandemic economy when so many in Florida have been economically injured.

Billions in revenue that can pay for tens of thousands of jobs, and when we adopt legalization for adult use, hundreds of millions in tax revenue could be lost.

Representative Roach – The cost of your crusade is much higher than the contributions you have been given, and your constituents will be hurt. What good are campaign funds from special interests when the voters should have the real power?