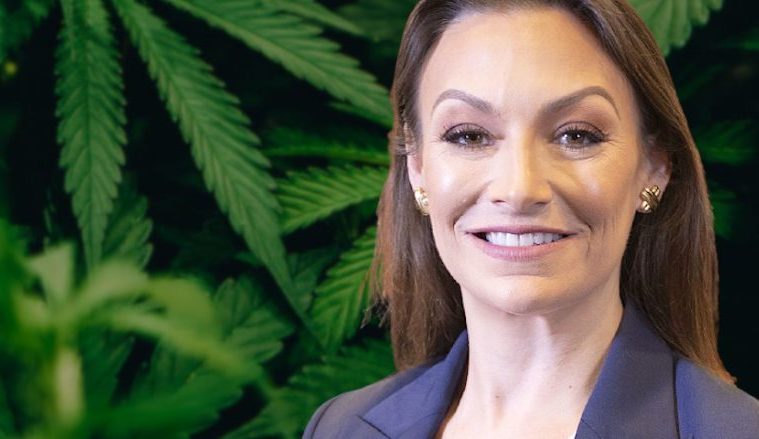 A look at the governors’ view on cannabis shows that the person in the governor’s mansion can have a dramatic effect on the cannabis program or reflect it.

When Jeb Bush was governor, he met with Kathy and Bob Jordan in their hometown of Parrish in Manatee County after the governor came to a local community center. It was still at a time when the thought of cannabis being legal for medical use was unthinkable.

Bob asked the governor two questions “When they are about to execute someone, they come to you to ask to stop it, right? Well, I’m asking you to spare my wife’s life.” The governor looked at Bob with a quizzical look, not understanding where he was going. The Cathy told Governor Bush about the ALS that had been diagnosed in 1986, and how she should have been, “Dead, dead, dead” by 1990, but that her life was spared by using cannabis, and that she knew she was breaking the law, but she didn’t have a choice. As bob and Cathy recall the story, by the end of the conversation, he had tears in his eyes, and asked what he could do. They asked him to push for medical legalization. Afternt he meeting,Bush spoke with Sheriff Mike Wells. The sheriff arranged for her to get Marinol, a synthetic THC that would not stop her ALS from advancing.

Later that year, after a protest pushing for cannabis legalization occurred in Tallahassee, Bush was asked if he had ever spoke to anyone whose life had been improved by cannabis use. He told the press that he had not.

Some governors ignored it, or even slowed down progress.

During his term in office, Governor Crist didn’t take a stand on the topic, and the status quo was preserved. Inside the capitol, the topic of cannabis legalization was again unspeakable and unthinkable.

It was during the Scott administration that Florida finally passed the laws for medical legalization, but he Department of Health, which was in charge of running the regulatory structure of the program, dragged their feet. The inefficient system for processing medical cards took months like the department used a system run by a favorite donor of the governor. There was no guidance or help that would come from the governor’s office. There were, however, blocks at any attempt to improve the program though the judicial system. Every time a case was won in the lower courts, it was appealed, all the way to the Florida Supreme Court, with the help of the Attorney General’s office.

When DeSantis took office, he held a press conference where he called out the MMTC’s as a cartel, and demanded that the legislature made it a priority to allow the sale of whole flower, He even gave out 8 licenses to losers from the 2014 round of license applications, after an Administrative Law Judge declared the process, “a dumpster fire”. But that is where his forward motion of the program stopped. He left the system he called “a cartel” to continue in the same direction it was going – away from a free market.

It is no surprise, after voters won the right to medical cannabis by 71.3% and polls show that approval for full legalization climbs with every poll, that Cannabis legalization would become a campaign issue.

Even though the election is a little more than a year away, the campaign season has begun, and the candidates are taking their stands.

Using cannabis is nothing new to Nikki Fried, who brought up expansion of the hemp and cannabis programs when she ran successfully for Commissioner of Agriculture and Consumer Services in 2018.

Now that she has officially announced her candidacy for governor, the topic of cannabis legalization is taking a prominent role. There are many topics that are troubling our state, from pollution of our springs, rivers and lakes to a broken unemployment compensation system to the handling of the pandemic. But she is not surprised when the question of cannabis legalization comes up at any of her speaking engagements. The same thing occurred at the Tiger Bay of Tampa meeting on October 15.

Her Tiger Bay question on cannabis

Early in the Q&A portion of the meeting, A tiger bay member noted the flawed framework of the medical cannabis program and noted that he concentrates on the issue of Crony Capitalism, where policies are made that benefit special interests at the expense of the poor and middle class. He noted that the current cannabis program is rife with cronyism, and that the limited number of licenses, which currently stand at 22, have created a system where no one is really competing, and that 5 firms control nearly 80% of the market, and 2 firms almost 60%, creating a “grant of monopoly privilege” that restricts consumer choice, reduces product quality and raises prices…which benefits the entrenched firms at the expense of the patients using medical marijuana”. He then asked if she was in favor of increasing the number of vertical licenses to improve patient access, improve quality and reduce prices.”

“I’ll take that one step further,’ noted Comm. Fried.” We need to break up the vertical. That’s first off.” She then explained the history of the program, which started with five licenses in five regions, with each company having to do everything from seed to sale, including cultivate, manufacture, produce research and distribute.

“Tell me of any other type of business where that is a thing, because it is not\, she stated to the member of the Tiger Bay den. “You are asking one company to be able to be experts in all these areas. Unfortunately, it creates huge overhead costs, which they cant even get back from the patients (without raising prices). I have been a huge supporter of breaking up the vertical, because, that way, you allow more people into the industry, better, more entrepreneurs. Let farmers cultivate. Let entrepreneurs do the (phenotype and hybridization) research side. Let those who do retail well, do retail. So not only would I support doing away with the vertical, but absolutely giving out more licenses.”

“ I’m also very supportive of when we do legalize, and we are going to legalize, and it’s a matter of time, not an if, but a when, that we, in fact, still protect our medical program.” She continued.” That is really important. And taking a look at what other states have done, (we can see that) they have not always done it right. Because what we need to be able to do is have a robust medical program. I saw it firsthand, talking to patients across our state.”

She then talked about the time when she was still waiting the result of the election for Commissioner, when she was told that her mother had cancer and going in for surgery. At one time, during chemo, her mother told her that she wasn’t sure she had the strength to get through it. But she had two daughters who knew the industry and got her a medical card and the products that she needed. And when her mom was able to make it through the hardness of chemo, Comm. Fried recognized firsthand how important the medical program is to patients whose lives depend on regular access to affordable, consistently high-quality cannabis products. She noted how important it was, “ to do research, to make sure it a part of our health care system as annual benefits and co-pay and make certain we are reducing the costs to our patients, that are non-taxable. But we also need to work on legalization. And across the entire board, we need to get more people into this industry.”

Fried’s vision of the future of Cannabis in Florida

“Right now, ‘she explained, “there is 22 licenses across the entire state of Florida. There is one female CEO, and no minorities. That is unacceptable. When we are seeing that there are black and brown individuals still going to jail and prison for the same types of activities that white men are making millions upon millions of dollars on. And this is something that could change our society.”

“And so,” she concluded, “on the economic perspective, we have to break up the verticals., we have to give out more licenses, and we have got to bring more people into this industry to make sure we have better quality products. Because right now, are products are not up to par. You go to parts of California, parts of Colorado, or even New York, the products are better. The only way we are going to do that is through a free market. Its called competition. And we need to change the marijuana laws in our state.”

What about the delayed minority license?

After the event, I sat down with Commissioner Fried and asked her to comment on the new rules that had just been published to create the application process for the sole minority license offered by the implementation law. This is a license intended to be for black farmers that were members of the Pigford class-action suit. A license that was mandated to be given out in 2017 and had yet to be awarded. One glaring clause in the rules was that the application fee would be $142K, more than double of the $60k fee offered to the white firms that currently hold licenses.

“Florida needs an approach to marijuana that creates new jobs and economic opportunity for our state, “she noted. “Doubling the application fee makes it harder for producers, particularly minority producers, to break into this fast-growing sector. We need to open up this market and level the playing field so that small businesses can finally compete fairly. Communities of color have borne the brunt of our discriminatory and backward marijuana policy for decades. We should be working to reverse that injustice – not exacerbate it.”

After our conversation, Commissioner Fried called for an investigation into those new rules.

For many single-issue voters across the state, cannabis legalization, for both medical and Adult-use, is a make-or-break affair.

Looking at what pollsters now see as a tight race between Nikki and her primary opponent Cong. Charlie Crist, who has also come out for legalization, but has not offered many details on the intrinsic issues yet, we are in for a very interesting race for the position that could make or break the industry, as it has in the past.