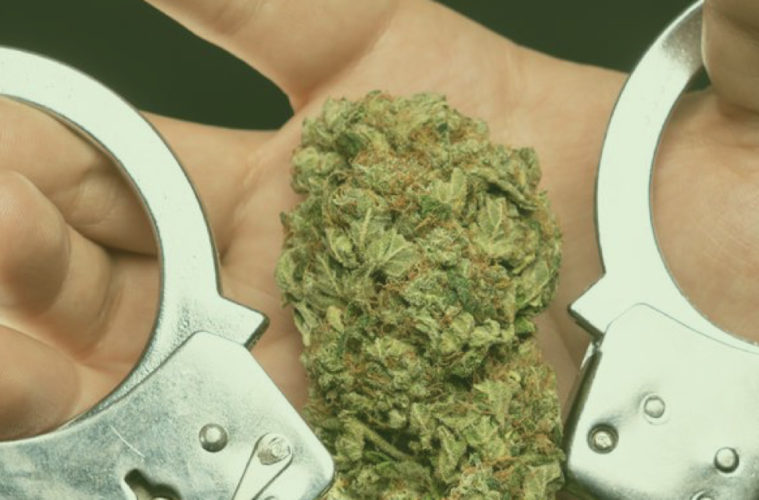 Many Cannabis Companies Are Fighting to Keep Homegrown Cannabis Illegal

That is the question facing today’s consumers of cannabis and cannabis-based products, whether it be for personal or medicinal use. With the incremental rise in the number of states making it legal to grow relatively small amounts for personal consumption, the number of closet grow-rooms is going to increase, and not just in states where there are no legal statutes prohibiting personal cultivation. There are currently only twelve U.S. states where it is legal to grow and possess limited amounts of flower, and sixteen states (and Puerto Rico) that have legalized medical cannabis but still prohibit home grow.

From the perspective of the consumer, patients who have a valid need for consuming THC to alleviate the symptoms of Alzheimer’s, Crohn’s Disease, and the side effects of cancer treatment, the ability to grow their own supply legally helps to lift the financial burden of health care costs associated with those and other conditions. Indeed, there are many people who have chosen to ignore the state bans on possession and personal cultivation because they believe the laws are unjust and their need for the physical and mental relief that cannabis provides overrides their state’s belief on what should be available to people afflicted with such debilitating ailments.

In the states that currently allow home grow however, the number of plants one is allowed to possess is arbitrary and depends solely on the number that was input into the bill before it was passed in any particular state. In Montana for instance, a medical cannabis patient may only possess four mature plants and four seedlings, whereas in Rhode Island, that number is twelve adult plants and twelve seedlings. It is also important to note that these numbers will change as new laws are introduced, and the current possibility of the federal government decriminalizing cannabis will change the way state lawmakers approach this subject.

Members of the Massachusetts Cannabis Control Commission have often stated that the number of plants could be determined by the needs of the patient or the recommendation of the prescribing physician in each case. To date, that parameter for determining how many plants any one person can possess is not being used in current legislation but may be reconsidered by state governments once federal prohibition is eliminated. In Massachusetts where the commission resides, a qualified medical patient may legally have up to six mature plants per person and twelve per household, if there is another qualified patient residing in the same dwelling.

There has been some controversy concerning corporate influence in states like New York and New Jersey where medical cannabis is legal, but cultivation by non-licensed individuals is banned. Consider the now infamous 29-page memo sent to Governor Cuomo’s office by the New York Medical Cannabis Industry association (NYMCIA). The organization’s current board includes leadership from the state-limited dispensary license holders in New York including:

The memo detailed their opinion as to what future cannabis legislative policy should look like, and one of their main recommendations was to ban home grow in the state, and the reasons they give are typical of big business attempting to increase revenue. They have concerns about black market sales, poor quality products, and loss of revenue by the state. Their website touts the statement “The New York Medical Cannabis Industry Association (NYMCIA) is dedicated to protect and serve the interests of medical cannabis patients, while engaging with policymakers to establish a responsible and inclusive adult-use cannabis program.” It seems they are more concerned with profit margins than overall patient health, but the pharmaceutical companies do not have a solid record of making the latter a priority, so why should the cannabis industry be any different? Not long after that memo was received by Cuomo’s office, the legislation that was introduced included a ban on home grows.

Some cannabis companies on the other hand, are in favor of home grow, and compare the act as being more of a hobby that will not overly affect profits. They liken it to brewing your own beer, which to date, has not caused any noticeable downturn in the bottom line of companies like Anheuser Busch or Heineken. They also look forward to increased profits from the sale of grow kits and the accessories required to cultivate the plant. Growing cannabis, just like brewing beer, is a lot of work, and some people enjoy that type of hobby, but most of us are lazy (or high) and would rather just drive to the nearest dispensary or supermarket.

Legalizing home-grow is essential to increasing access and is the great equalizer for the people and for the greater good of the Cannabis gene pool I believe. We must #FreeThePlant and share Cannabis genetics with others, legally, so that they may be preserved and utilized for the greater good of humanity and most importantly those in need of safe natural medicine. Any person or corporation standing in the way of home-grow & legalization initiatives is not only hurting those in need who cannot afford to shop at a medical dispensary but are also opposing the fundamental human rights I believe we inherently have to grow and produce our own safe natural medicine, and food for that matter. Sunshine Cannabis is a pioneer in the legalization efforts of home-grow and adult usage here in the Sunshine State of Florida. We are spearheading and helping to fund the legalization efforts of Regulate
Florida with our partner Trulieve who is committed to helping us free the plant for the people of Florida.

The main issues here are greed and necessity. It’s the law of supply and demand, and if you are the one that controls the supply, you can also control profit to some extent. Big Pharma companies have been lobbying for decades to increase profits without much regard to patient needs and every regard for corporate profits. If you can afford to pay what the dispensary charges and one is readily available in your area, then by all means, go get you some medicine. But, if you are one of the unfortunates who is either financially strapped or geographically challenged, then it will be up to you to decide if a closet grow room is a good choice. Either way, new laws are in the works for most states, and if you want to be able to take a puff or grow a plant or two legally, then get educated and get involved.