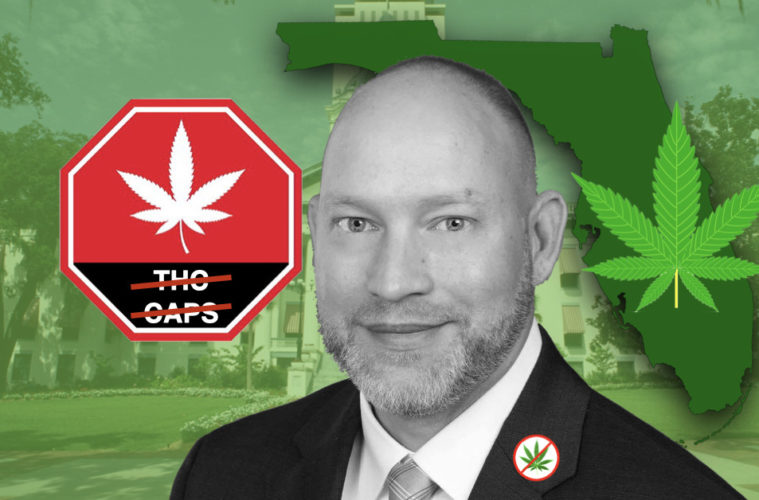 Patients, Advocates and MMTC’s probably gave out a collective sigh of relief this week. The House bill to cap the THC level in medical cannabis flower was left off the agenda of its last committee before heading to the House floor, making it essentially dead in the water. The House Health and Human Services committee (HHS) published their agenda on Sunday, April 18th for its last meeting of the session on April 19th. HB1455 was not on it.

But the bill itself may have been a greater threat than the THC cap it threatened.

A hopeful start to fix a glitchy program.

The 2021 session of the Florida Legislature started with a bang. Dozens of bills were filed before it started that included several different Adult use bills.

The time appeared ripe to finally fix so many glitches and inadequacies of the Florida medical Marijuana Program. The program has the potential to be the largest medical program in the country. As of now, Florida has the third largest sales in the country, and the only one in the top three that has no Adult-use program.

But it could be better. Programs like reciprocity, patient protections, employee protections, expansion of qualifying conditions, expungement bills, home grow and social equity are still missing from the implementation of the 2016 constitutional amendment two implementation law that was created in 2017.

An oncoming threat was building

But behind all the optimism of a program finally being improved, a legislative threat to the integrity of the medical program loomed, based on bad science and unproven theories of supposed harm from high THC levels- the same levels that make it efficacious as a medicine.

During the committee weeks, Dr. Bertha Madras, the main cheerleader for the movement to cap THC levels at 10%, was given the podium to present her theories and twisted logic, as she did for the last two years.

The third attempt at a THC cap appears.

The thought of THC caps had been raised for the last two years, unsuccessfully. The Senate killed the bill that was inserted as an amendment to an unrelated bill – the bill to raise the legal limit for tobacco use to 21 in 2020, and a bill regarding nursing certification in 2019.

As the session began, HB1455 by Rep. Spencer Roach of Ft. Meyers, along with its Senate companion, SB1958 by Ray Rodrigues of Estero were filed with a 10%THC cap for non-terminal patients, sending many involved in the medical program into a collective panic.

Advocate group like Florida for Care, part of the group that helped to create and pass Amendment 2 put out an All Points Bulletin to take every action to stop the bills from advancing. The bill was framed as a tax on patients by forcing them to buy multiples of what they were already consuming for their symptoms.

As HB1455 headed towards its first committee, FFC made a dynamic effort to get a petition out to demand a no vote on the bill. while they asked for donations Thousands of signatures were gathered, and they proudly brought hard copies of the signature lists to the mostly closed capitol building. Doctors jumped on planes from every corner of the state and rushed to Tallahassee to speak out against the bill, which included a block on advertising for certified cannabis physicians.

The drama plays out in Tally style.

In true Tallahassee dramatic style, last minute amendments were filed. One intended to drop the cap. One added sickle cell anemia as a qualifying condition and other program improvements. Many pro-MMJ representatives worked on the realization that this may be the only chance they had to add those amendments. As expected, the bill sponsor, Rep. Roach declared the amendments “unfriendly” and asked his majority to vote them down. They did.

Then it came time for the doctors and advocates to speak out against the bill. but they soon found out that they had less than 30 seconds to speak, even after they traveled hundreds of miles to testify.

Despite all these efforts, the bill passed to the next committee unaltered.

Who really killed the bills?

Thousands of signatures were handed to the legislature, but their effectiveness was not so clear. Clues were given in the time running up to the first committee stop that hinted at the bill’s fragility. After a media availability with the President of the Senate, Wilton Simpson of Trilby where he said that he would consider the cap. He even stated that,” I think that we have a lot of senators who would support an idea like that.” Sen. Jeff Brandes retweeted the statement with three simple words: – “Not this one”.

Coming, from him, that meant a lot. Sen. Brandes is the current chair of the Judiciary committee, the first stop for the senate bill, SB1958. Although there were emergency procedures that could skip his committee, they are rarely used. That cut off the senate companion to HB1455 at the ankles. With a senate bill, the House bill was nearly dead from the onset.

Then, as the session was finishing off its first month, Gov. Ron deSantis chimed in on his lack of interest in the bills, as well. “I have not endorsed that” deSantis said. “That is not something I am pushing. I’ve talked to Chris about it and its not something I’m endorsing.”

So, with the bill being a non-starter in the Senate and the Governor refusing to endorse the bills, the bill was in hospice-mode. But the push to stop the dying bill continued.

What happened to the other cannabis bills?

But, unfortunately, due in part to the lack of support from the cannabis community due to all of the attention diverted to the caps bill, all the other good bills that could have improved Florida’s MMJ program, as well as the largest number of legalization bills ever filed in a single session, they were all DOF – Dead on Filing.

But in the 3-D chess game that legislators play in Tallahassee, the the prohibitionists game won. They may have not passed HB1455 and SB1958, but every other cannabis bill looks like they will die without a fight.

Is there a silver lining?

There is an upside to this one-sided game, in that thousands of patients became more aware of the process and more active as patient/advocates, and advocacy organizations like FFC got more funding to help fight another day, even if their efforts may not have had any effect.

Maybe next year those organizations and those patient advocates will avoid the temptation to be diverted and accomplish more than maintaining the status quo.