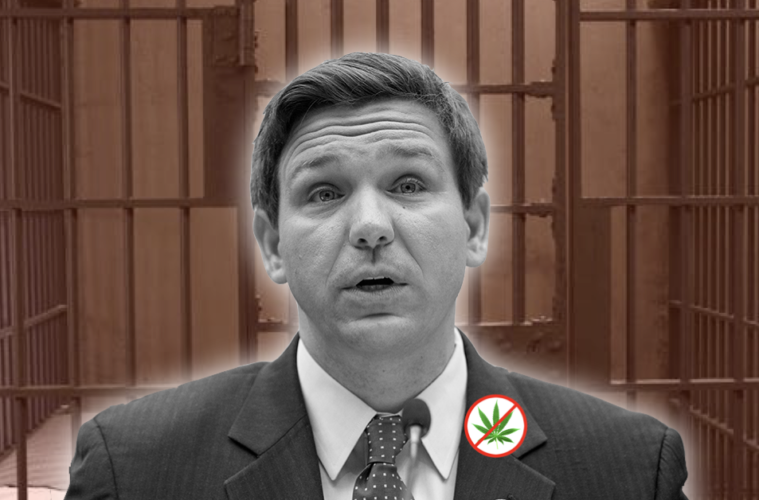 Ever since the vote to approve medical marijuana in Florida, a divide has grown between legislators and the people of Florida.

Not only was medicinal cannabis approved in a landslide vote, organizations like Regulate Florida / Sensible Florida have been garnering support for responsible adult use (and even homegrown) marijuana. Regulate Florida is on the verge of ballot review by the State Supreme Court, and Sensible Florida has submitted nearly 63,000 signed and verified petitions to the state (roughly 14,000 signed petitions away from triggering their own State Supreme Court Review).

According to a recent poll conducted by Quinnipiac University, nearly 65% of Florida voters support legalization of recreational (responsible adult use) marijuana.

These numbers have invigorated efforts by both organizations to push this issue to the polls.

“Stakeholders are very interested in exploring what they call adult use or recreational marijuana in Florida,” adding, “I think they are looking very seriously. As early as four months ago, it was polling in the low 50’s [in support of legalization].”

Unfortunately, new (and somewhat unexpected) obstacles have arisen. Governor Ron DeSantis, who on numerous occasions has adamantly said he is in favor of carrying out the will of Florida voters, has now come out strongly against full legalization as long as he is in office.

“Not while I’m Governor,” said DeSantis. “I mean look, when that is introduced with teenagers and young people I think it has a really detrimental effect on their wellbeing and their maturity.”

Citing age-old rhetoric, using children as a scare tactic against legalization, some who have supported his efforts thus far are starting to question his priorities and loyalty to the people of Florida.

Sharkey also commented, “Other states have looked at this obviously and teen use has kind of gone down in some instances, Colorado for example.”

A somewhat understated fact as, according to Boulder Weekly, they surveyed over 500 teens in Denver and nearly 56,000 “young people” statewide and only 19% admitted to ever using cannabis (1% lower than the national average). Also, a federal study published in the American Journal of Drug and Alcohol Abuse (which surveyed more than 800,000 high school students in 45 states) found that the number of teenagers who consume cannabis is 1.1% less in states that had enacted medical cannabis laws.

This once again proves that these scare tactics being used by politicians like Governor Ron DeSantis, are nothing but a smoke screen, favoring higher profits and control of the cannabis economy in Florida.

Eleven states currently have recreational marijuana legislation in effect, while cannabis remains completely illegal in 12 others.

Those 27 states in between currently have medical marijuana legislation or have, at the very least, decriminalized the issue.

Will Floridians ever harmonize with their elected representatives? Signs indicate a long road ahead for cannabis legalization, but the majority of advocates are doing everything they can to raise awareness and ensure the will of the people is heard.