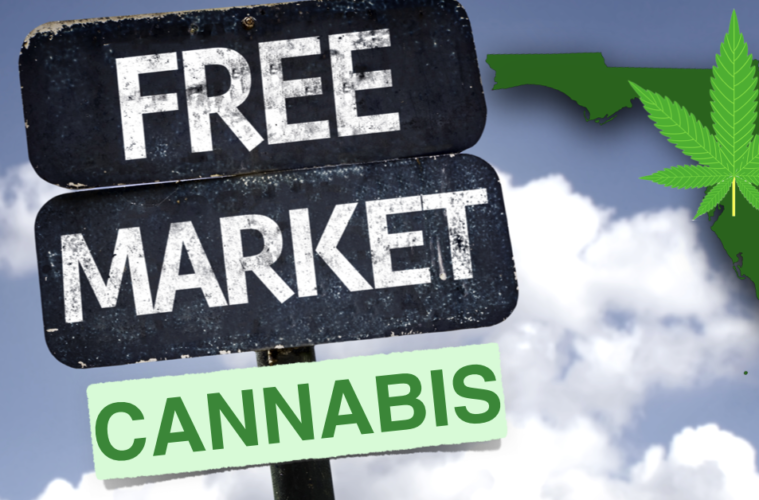 Florida has spent the better part of the last 5 years fighting legal battles and appeals surrounding the now infamous Amendment 2, the proposal that legalized medical cannabis.

Rick Scott, former Governor of Florida, strongly contested any kind of cannabis legalization; however, the 1st District Court of Appeal has decided that the so-called “vertically integrated system” is, in fact, unconstitutional and inconsistent with Amendment 2. Scott, in 2017, signed the vertical integration bill into law which stated, “a licensed medical marijuana treatment center shall cultivate, process, transport and dispense marijuana for medical use.”

The vertical integration business model currently requires that distributors of medical marijuana must “grow, process, package and sell” their product without utilizing third party businesses to manage different segments of the seed-to-sale process.

Opposition to vertical integration cites the dilemma that not everyone issued a license (in this extremely small and competitive market) will be able to access the business or technical knowledge to expertly handle each aspect of distribution; ultimately resulting in an inefficient model for such a fast-growing industry.

Florigrown, a Tampa-based cannabis company, is contesting the unfair stipulations. Florigrown initially filed their grievances against the Department of Health, responsible for regulating the medical cannabis industry in Florida, via its subsidiary, the Office of Medical Marijuana Use. This started when Florigrown was denied a medical cannabis license. Currently, there is a limit to the number of facilities that may be issued licenses; legislation the appellate court ruled “unreasonable.”

This judgment also, in part, upholds the 2018 ruling of Leon County Circuit Judge Charles Dodson who agreed (with Florigrown) that the licensing law did not fulfill the intentions of Amendment 2. This decision resulted in a temporary injunction forcing state health officials to begin the registration process for Florigrown as well as any other medical marijuana firm wishing to do business. This injunction was halted, and frozen, while the state filed its appeal.

The 1st District Court of Appeal ultimately decided that the 2017 statute, signed into law by then-governor Rick Scott, “creates a vertically integrated business model which amends the constitutional definition of [MMTC] … by requiring an entity to undertake several of the activities described in the amendment before the department can license it.” That statement was issued in the ‘majority opinion’ by the three-judge panel consisting of Judges Scott Makar, James Wolf, and T. Kent Wetherell. Makar and Wetherell added in their own separate statements that, “our ruling that the vertically integrated system conflicts with the constitutional amendment thus renders the statutory cap on the number of facilities … unreasonable.”

Governor Ron DeSantis, immediately upon taking office, referred to the vertical integration system as a “cartel” and addressed the urgency in breaking up those “cartels” in order to honor the will of the people.

Sen. Jeff Brandes, who has been an active member of cannabis legislation throughout DeSantis’ governorship (penning the bill that lifted the smoking ban), said, “this gives us great opportunity to talk about breaking up the cartel.” He added, “Clearly vertical integration isn’t what’s best for the patients … it’s ripe for abuse.”

He admitted that the limited number of licenses available creates intentional shortages and inflated prices, detrimental to those patients seeking treatment for their illnesses.

Nikki Fried, Florida Agriculture Commissioner, commented Tuesday after hearing the ruling that the decision was “a victory for openness and the future of medical marijuana.” She also made it clear that when the voters showed overwhelming support for Amendment 2, they did not intend for legislation to be created restricting an open market.

Fried also said that the vertical integration model “hinders smaller farms, people of color, and others from participating in this vital new economic opportunity,” also stating, “we stand ready to lend the Department of Agriculture and Consumer Services’ expertise to the Department of Health as it moves forward.”

“Without a doubt, this opinion throws a wrench into the regulatory works and the current marketplace,” said Biehl. “It may be too soon to suggest that vertical integration may not be required or how many licenses will be made available.”

The 1st District Court of Appeal did mention that, “it is not in the public interest to require the department to immediately begin registering applicants at this stage of the proceedings.” Instead the Court calls on the Department of Health to devise a new regulatory structure that would allow for “a reasonable number of licenses.”

Currently it is uncertain if either the Department of Health, or Governor DeSantis, will appeal this new ruling. It’s also possible that the Legislature may rewrite the law entirely. Governor DeSantis did mention early in his term that he would be dropping “Scott-era appeals” as well as dropping appeals in any other marijuana-related cases directly referencing limited licensing and vertical integration.

Florigrown CEO, Adam Elend, called this ruling a “game-changer” in an interview with the News Service of Florida.

“It drops a bomb on the current licensing scheme. It’s just changing the whole regime,” said Elend. “People are not getting medicine. The dispensaries are out of stock all the time. The products are limited, and the prices are high. That’s what happens in an oligopoly and that’s what we have.”

Will more licenses and business be entering the Florida Cannabis Market? Signs point to yes.