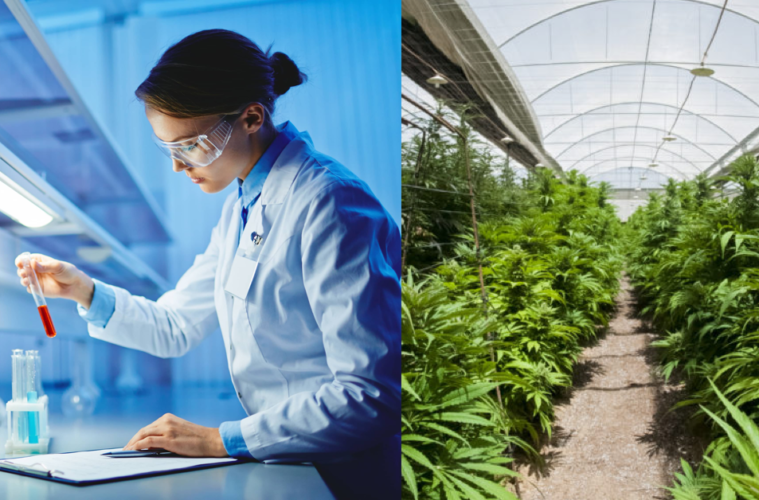 Latest Debate Amongst the Cannabis Community, Are Synthetic Terpenes the New Industry Shortcut to Flavor? What You Need to Know About Non-Cannabis Derived Terpenes

Most of the Cannabis Community is already well-aware of the permeation of low-quality and shortcut vape pen cartridges, but due to the rising popularity of concentrates some vendors are now incorporating non-cannabis, and even synthetic, terpenes to imitate the “whole-flower feel.”

As more and more cannabis consumers are being caught up, and often crash-coursed, in cannabis education, people are becoming more familiar with the botanical composition of the plant. Consumers and advocates are learning about the natural bouquet and complexity of compounds, cannabinoids and terpenes, which contribute to the unique qualities of each genetic strain. Cannabinoids are often linked to the psychoactive properties of marijuana, but terpenes play a role in this “entourage effect” and also contribute to the smells and flavors that give the flowers unique aromas.

Terpenes are not only found in cannabis, they are found in many plants. Many common herbs and flowers contain some of the same terpenes that are present in cannabis buds, giving users familiar flavors in some cases. Some of these common terpenes include: linalool, responsible for the famous scent of lavender; limonene, common in citrus; pinene, present in conifers and most often associated with the “Christmas tree smell”; and caryophyllene, which can be found in herbs and spices such as cloves, basil, oregano, rosemary, hops, and of course cannabis.

Over 100 terpenes have been discovered in the cannabis plant, and they make up the pungent odor that consumers smell when opening a jar or bag of marijuana, or even stepping inside of your favorite dispensary.

With the increase of scientific study into cannabis, more experts are citing terpenes as playing a significant contributory role in the total psychoactive experience associated with the consumption of marijuana. According to the Steep Hill Laboratory, located in Berkeley, California, strains such as Super Lemon Haze and OG Kush not only carry a powerful lemon and citrus scent, but also that, “limonene-heavy strains can also be helpful in assisting in the treatment of depression and anxiety.”

The cannabis industry is currently being inundated with a flood of new “terpene enhanced” products and consumers need to know what to look for when purchasing cannabis. Currently there are three basic terpene classes: cannabis-derived, plant-derived (other than cannabis), and synthetic. The most prevalent cases of synthetic terpenes have been found in flavored vape cartridges and CO2 oils (because the CO2 extraction process generally strips away many terpenes and companies often want to replace the lost terpenes to mimic the original flavors of the strain).

Plant-derived terpenes are most commonly found in essential oils extracted from fruits and flowers, however synthetic terpenes are not present anywhere in nature.

Synthetic terpenes manipulate and blend chemical compounds in a laboratory setting. Because of the new and experimental nature of these synthetic terpenes, many companies are still struggling to understand exactly how the terpenes interact with each other and what effect they elicit in the consumer. In a continued effort to deliver a unique experience associated with each strain, producers can mix and match any synthetic analogs to tweak any desired terpene profile.

Some consumers are concerned about the possible health and safety risks that smoking synthetic terpenes could bring. A recent study published by “Environmental Health Perspectives” and conducted by Harvard researchers regarding e-cigarette juice revealed that “synthetic flavors in the nicotine vapes were converting to toxic compounds when heated.”

In addition to safety, many argue that synthetic terpenes do not capture the authentic flavors found in the cannabis plant. Avitas Cannabis, based out of Seattle, Washington, makes flavored vape cartridges using only cannabis-derived terpenes. They argue that essential characteristics are lost when chemicals are isolated, and that using other natural plant-derived terpenes can be extremely expensive.

“In a real berry, there are lots of other various molecules that add taste, aroma, and experience,” said Avitas on their blog. “The aldehyde molecule that is used for synthetic raspberry flavor is only present at very low concentrations in a real berry, which is why we don’t extract or concentrate these flavors from real berries – it’s just too expensive.”

Companies recreating terpene profiles with synthetic variations often utilize a mass spectrometer to sequence a strain’s unique terpene profile in an effort to artificially mimic that composition. As it stands, science is still a long way from being able to perfectly replicate the “whole flower experience.”