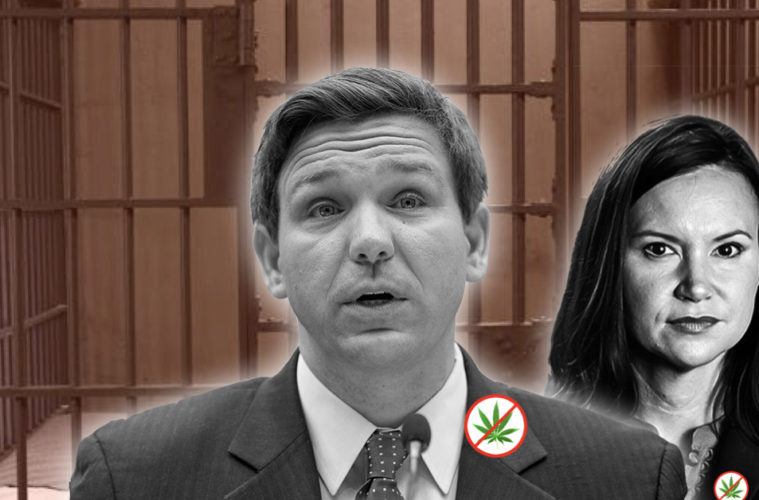 Recreational Cannabis Won’t be legalized in Florida Any Time Soon

There is just no pleasing some Justices.

Today’s Supreme Court ruling could spell the end for Regulate Florida, the Adult-Use ballot initiative to Regulate Cannabis like alcohol was an effort that started in 2015 when Sensible Florida wrote the language and filed the paperwork to become a 501c(3).

The task was daunting – raise the funds and find volunteers to get at least 76,000 petitions, just to get a review from the Florida Supreme Court and then get another 810,000 by the deadline to get it done the ballot.

But attorneys Billie Wohlsifer and Michael Minardi felt that they were up to the task. They set up Sensible Florida, along with Florida NORML director Karen Seeb Goldstein. They recruited volunteers around the state. They put together a signature-gathering group out of Minardi’s practice, and worked for four year, missing one election in 2016, and one in 2018,

It seemed like it was on track for the 2020 election. . In September of 2019, they met that first threshold and it was sent to the Florida Supreme Court, via the Attorney General’s office, where AG Ashley Moody requested the opinion, which she submitted along with her brief which asked that it be denied.

It took until February of 2020, before the day came for oral arguments before the FL Supreme Court. Before that, there were financial impact hearings at the capital.

Then came the wait for the response. The deadline came and went for 2020 election.

In the meantime, another group called Make It Legal Florida put together a massive campaign that began in September of 2019. They spent millions on mailers, flyers, ads and petitioners, and made their Supreme Court deadline as well, but could not get the 810,00 signatures to go straight to the ballot, should the Supreme Court give their approval. So they set their sights on 2022, and waited with Sensible Florida for the Supreme Court opinion to be published.

The suspense was almost unbearable

They had a long wait. 17 months went by before either of them heard the answer they were anxiously awaiting.

In May, the FL SC finally gave up their ruling on MIL Fl. They claimed it did not meet the standard of clear and plain language in the 75-word ballot language. They claimed they it implied that a vote for this ballot proposal also made adult-use of cannabis federally legal. To many, that logic appeared absurd on the surface and antagonistic at its core by the highly conservative court, mostly appointed by Republican governors Scott and deSantis.

After striking down the Florigrown case a few weeks later, they turned to Regulate Florida’s case.

Looking at the two previous decisions, it seemed all but obvious that they would knock it down, as well.

They finally got their answer…

On June 17, they published heir 5-2 decision that Regulate had also written misleading language. They claimed that the ballot language stated that it would create “limited Use” of adult-use cannabis, but that they could find no place in the amendment language that limited the use of the plant, and therefore, it was misleading.

So the first one implied greater freedom, even though it didn’t, and Regulate implied less freedom, which it also didn’t.

But it did in the eyes of the Fl SC, and that was all that mattered.

The multi-year effort, with thousands of man-hours and tens of thousands of dollars was dead. But not for lack of trying.

Even the words they used in the 30-page opinion sounded unnecessarily harsh, even though they were basic legalese –

“Here, we conclude that the initiative petition meets the “high threshold” of being “clearly and conclusively defective.””

Attorney Michael Minardi, who spearheaded the effort and is now in the process of running for a Representative spot in the Florida legislature, made this statement –

“We have been waiting for this opinion for a long time to determine how to move forward. First, we will explore our options on whether we want to request a rehearing or not, “he said. “We have already prepared alternate versions that will be messaged based on this opinion to ensure RF 2.0 does not meet the same fate. “ He continued, “The delay in the opinion minimizes the time we have to get it done for 22, but we believe it is still early enough to accomplish our goal of ensuring the people of Florida will get to vote on legalization in 22. In addition, I recently launched campaign as Republicans for House D 59, to get it done through the legislature.”

Despite not having a “recreational” program, Florida’s cannabis sales are third in the nation, and the only one in those 3 that has no Adult-use or reciprocity that would allow out of state visitors to purchase here, even if they have a medical card from another state. They do, however, have over 575,000 registered patients.

But will these three Supreme Court losses mean the end of ballot initiative and the solidification of the vertical mandate for the near and far future? Florida legislators have passed bills in the last few sessions that made it much harder, including this year, where they made it illegal to contribute more than $3000 for a ballot initiative effort, and almost raised the threshold for passage to 66 2/3% for constitutional amendments. You can bet that they will try that last one again next session.

It will be a rough ride and a steep climb, but there may be easier paths if the legislative leaders will allow it.

Time to get to work. Round 2 is coming.