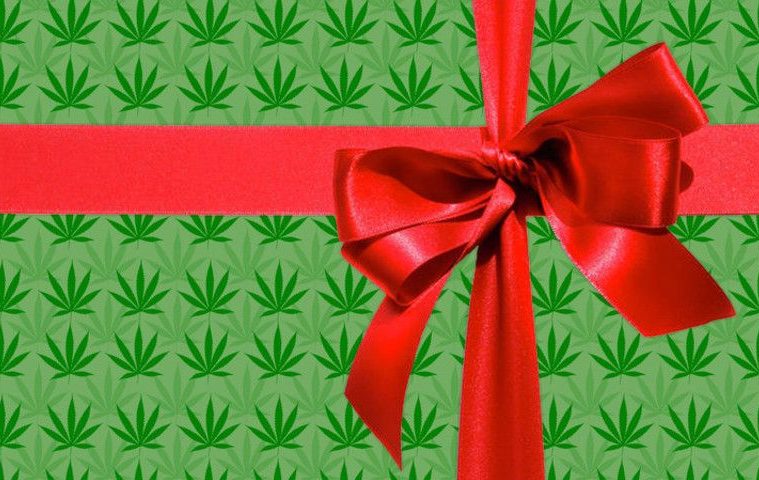 Recreational, or adult use, cannabis was just legalized in Michigan, but one hurdle stands in the way of voters trying to access their newly passed privilege. Similar to the struggles seen in Massachusetts, the immediacy of legalization means marijuana is not currently available for purchase in any stores.

Adapting to new laws in the cannabis industry can be tough, especially when legislation moves fast and demand continues to grow; some clever business owners in Michigan however, seem to be using current legal loopholes to get marijuana in the hands of consumers.

Under the new recreational law it is well within a person’s rights, as long as they are over the age of 21, to gift cannabis to another of age adult. Current wording in the new law states that adults can give away or “otherwise transferring without remuneration up to 2.5 ounces of marihuana, except that not more than 15 grams of marihuana may be in the form of marihuana concentrate, to a person 21 years of age or older, as long as the transfer is not advertised or promoted to the public.” This means that adults can gift up to 2.5oz of flower cannabis, or up to 15 grams (just over half an ounce) of cannabis concentrates, which typically boast a much higher THC percentage.

Michigan’s medicinal cannabis laws previously allowed patients to grow their own medication at home, but also provided the option to purchase at provisioning centers. Many assumed that these people would be the one’s to gift a large percentage of the newly recreational cannabis. This was a misconception though, as many businesses saw an opportunity in the new law.

The Detroit News reported on businesses that began hinting at “free gifts” that would come along with qualifying purchases on merchandise such as clothing or artwork. One such company began offering subscription boxes filled with an assortment of smoking “essentials” such as rolling papers or empty pre-rolled cones, water and snacks, and even artwork.

On High Road LLC started these subscription boxes on the east coast and saw another opportunity in Michigan. When customers order the “Munch Bag” and select the available upgrade to “Lit Bag”, they are rewarded with the above mentioned items along with an extra special cannabis gift.

Their website reads, “We gift premium experiences with the purchase of one of our custom curated Munch Bags or High Art subscription boxes,” going on to say that, “a portion of every sale will go to the fight for criminal justice reform and bridging the racial disparities within the war on drugs and legal cannabis industry.”

Powerful messages coming from an unexpected source as the legislation regarding those currently incarcerated for crimes involving cannabis is currently being reviewed in many states across the country.

CannaMich also joined the gifting sensation, simply selling T-Shirts anywhere from $80 up to as much as $340, adjusting the gifted amount depending on the T-Shirt selected. Choosing to be completely upfront about their method of dispensing marijuana. Claiming, “Michigan law allows for marijuana to be gifted, so with any T-Shirt purchase comes a free gift of your choosing as well as free delivery to anyone within Wayne County, MI.”

Another Ann Arbor company takes a more vague approach to dispensing their cannabis; Smoke’s Chocolate LLC, founded in December of 2018, stating simply on their website, “We love that the Great State of Michigan allows adults +21 to smoke marijuana.” They gift their cannabis along with chocolate truffles which sell for $32 or more.

Their owner, Marc Bernard, states however, states that they are completely un-involved with the cannabis-side of their operation mentioning, “We don’t touch the cannabis at all … it’s entirely up to the drivers and at their discretion, all we do is sell chocolate.”

This is an interesting approach and calls into question the matter of regulation and quality control. If it is up to the drivers, who is liable if consumers are gifted subpar products? Who is responsible for ensuring quality standards? Many important questions are beginning to stir as this new market develops.

Experts are citing that these businesses are currently operating in a “legal gray area” and one of these experts, Josh Hovey (an outspoken member of the advocacy group ‘Coalition to Regulate Marijuana Like Alcohol) mentions that these companies will likely not survive long as Michigan institutes more traditional dispensaries to accommodate their recreational cannabis market.

He adds that these businesses lack transparency and could potentially be operating with malicious intent, or at the very least could be guilty of substandard practices.

He goes on to say, “These types of businesses are walking a fine line when it comes to the gifting language of the proposal,” guessing that, “they believe the opportunity to be first to the market is worth the legal risk.”

Dispensaries similar to those in other states are expected to arrive as early as this year.

Only time will tell how the cannabis market evolves in Michigan, and if these gifting practices will continue. As federal, state, and local governments continue to decide their own wording for cannabis legislation, consumers are left guessing what comes next, many simply asking for transparent regulations and clear buying practices.