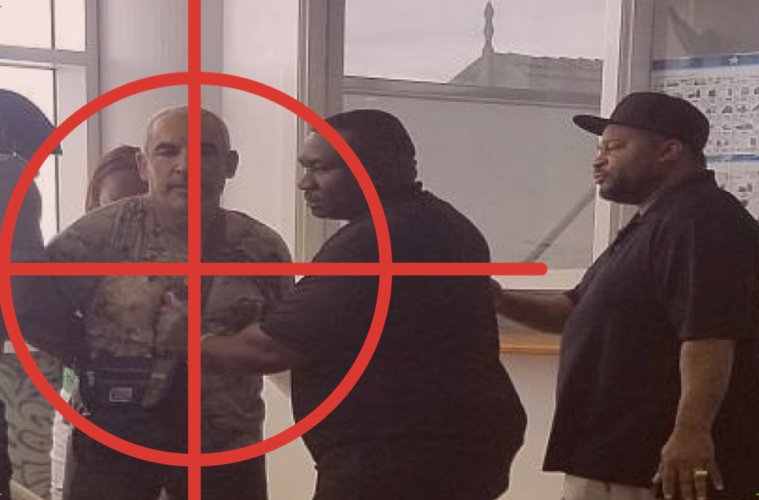 A Coca-Cola heir, Alkiviades “Alki” David, was arrested at the Robert L. Bradshaw International Airport in St. Kitts after the Anti-Narcotics Unit discovered roughly 5,000 marijuana plants in addition to seeds and a multitude of other cannabis-based products in his private jet. His company, the Leventis-David Group, holds the majority share in Coca-Cola Helenic, Europe’s largest bottling company worth an estimated $388 million, according to the UK-based publication “The Sunday Times Rich List.” The same publication claims that David is independently worth upwards of $2.8 billion.

Alkiviades was accompanied by Irish actor Jonathan Rhys Meyers at the time, he was not arrested. Although Mr. David did tell press that, “Jonathan Rhys Meyers’ mother-in-law and wife were cavity searched,” adding, “we left the airport after the search but were then arrested after trying to leave the island a few days later.”

David claims that all of the plants on board the plane were strictly “hemp” – or a non-psychoactive strain of cannabis, and were being used in association with a new legal cannabis business venture, which he plans on starting in the region. He and Chase Ergen, US billionaire, co-founder, and current chairman of Dish Network and EchoStar, did announce earlier this year that they had created a consortium specializing in luxury CBD medicines under the name SwissX, and have even been endorsed by Snoop Dogg. Their hope was to grow the legal cannabis market in the Eastern Caribbean region with the nations of St. Kitts and Nevis, Dominica, and Antigua.

Their plan included buying agricultural land and teaming up with local farmers to form a cooperative modeled after similar entities in Switzerland. This plan by David and Ergen is scheduled to create thousands of jobs in the area as well growing and utilizing the history and cannabis expertise of the Rastafarian movement in the region. The consortium already had its first discussions with government leaders and businesses around the area and plan on expanding its outreach this month.

Mr. Ergen was also arrested by the local Police Force after they discovered medicinal ketamine and is still being detained.

A spokesperson for Alkiviades reached out to Manx Radio in the Isle of Man, where David resides, and stated that authorities in St. Kitts were notified of the “pure hemp” cargo (including clone plants, hemp seeds, and SwissX CBD oil products) as part of the business venture. He was released by police after posting a $30,000 cash bail, given he turn over his travel documents and “report to the Frigate Bay Police station for daily check-ins”.

David also went as far as to claim his business partner Ergen’s arrest was a “set-up” and defended the fact that the additional drugs they discovered were indeed his medication.

“This was his medication for bipolar. He was talking to Prime Minister [Timothy] Harris when he was suddenly arrested. He is going into his second night behind bars,” said David.

During a press conference yesterday, Monday, May 13, David blamed Prime Minister Harris for releasing allegations to the media that he was attempting to purchase land on St. Kitts, as well as for the arrest of his partner Ergen, and promised a legal fightback against the Prime Minister. Accompanying David at the press conference was the leader of the defense team Dr. Denzil Douglas.

David refers to PM Harris as a “little dictator” and states that he has flown in private attorneys from London to aid in his defense.

“It’s illegal and it’s unconscionable,” said Alkiviades, “I’ve never been to jail in my life, I’ve never had handcuffs put on me… I was degraded, my friend is being degraded and we’ve done nothing wrong.”

Many may be familiar with David’s hologram company which was behind the digital recreation of Tupac for Coachella in 2012, as well as Michael Jackson during the 2014 Billboard Music Awards. A former female employee for that company filed suit against David in April, claiming she was fired after “refusing to have sex with him,” according to People Magazine. Alkiviades settled the harassment suit with a payout of $11.1 million.

David is scheduled to reappear in at the Basseterre Magistrate Court today. We will learn what further judgments, if any, are made after this appearance.