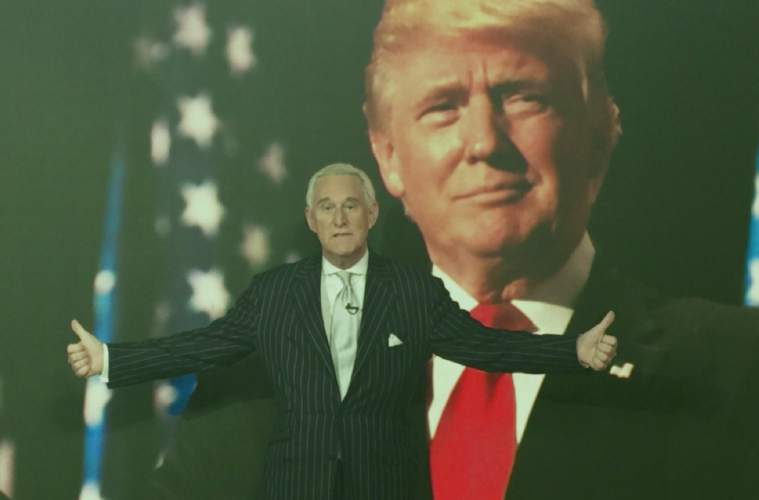 Roger Stone’s Commitment to Trump and Marijuana Pays Off

It turns out that Roger Stone may have been responsible for the change of heart from President Trump on marijuana.

Before I begin this article, I want to be absolutely clear—I, personally, am not a fan of Roger Stone. I find his tactics barbaric and he is far too radical for my tastes.  I know that some people have a personal preference for him, but I do not.

THAT BEING SAID, it is safe to say that of the numerous advisors and counselors who have the ear of the President, Stone has been the lone advocate for legalized cannabis. Most of President Trump’s far right advisors, including his own Attorney General, have openly attacked cannabis culture and inherit medical benefits.

However, shortly after being elected, he surrounded himself by several Pro-Drug War politicians such as Governor Christie and Senator Sessions, appointing the latter to the top law enforcement post in the Federal Government, directly responsible for federal cannabis prosecutions.

It seemed all hope was lost to an even further extent when Attorney General Sessions announced his plan to repeal the Cole Memorandum, an Obama-Biden DOJ policy to avoid prosecuting States which legalized cannabis. And with no reaction from President Trump, it seemed that he was going to comply.

This suddenly changed when it was announced that President Trump has struck a deal with Senator Cory Gardner (R-CO) to support legislation to protect states with legalized cannabis. Senator Gardner represents one of the first states to legalize cannabis for recreational use, with Colorado being the unofficial symbol of what can happen with total legalization.

Stone has been a strong supporter of legalized cannabis, attacking Attorney General Sessions even more aggressively than the President, and forming the United States Cannabis Coalition, a political advocacy group with the sole purpose of convincing President Trump to “recognize the medicinal value and potential of cannabis.”

The United States Cannabis Coalition has brought forth odd bedfellows. Joining Stone are progressive libertarian talk show host Bill Maher and far-left tax evader Rev. Al Sharpton (D-NY), both of whom have gone after not only President Trump but even Roger Stone himself, who has been generating left-wing controversy over his alleged connections to both Wikileaks and the alleged Russian meddling in the 2016 Presidential Elections. Orlando trial attorney and Democratic mega-donor John Morgan has also joined the efforts along with Fox News commentator Judge Andrew Napolitano.

But what is interesting is that, despite the fact the leftist and sometimes even libertarian hate against Stone, it turns out that Roger Stone may have been responsible for the change of heart from President Trump.

In fact, for several months now Stone has been covertly pestering the White House on this issue, and may very well be responsible, in at least a small way, for the decision from the President to fight his own Attorney General on this issue.

So as many of us emerge from the haze of celebrating 4/20 and engaging in the illegal act of consuming a plant that is relatively harmless with untold multiple medical properties, we can thank Roger Stone for working to get us closer to sensible marijuana policy.