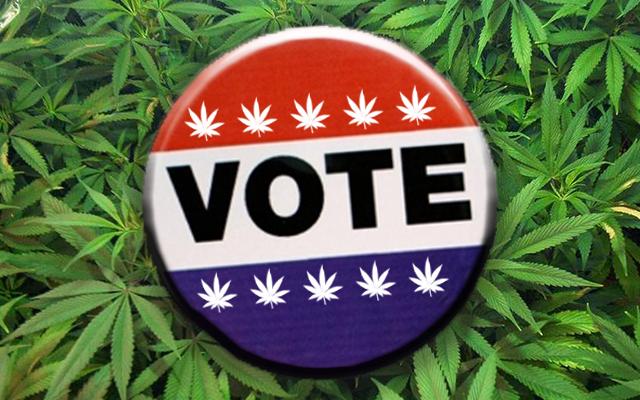 It was the fourth quarter of 2019, with a petition deadline to get 760,000 signatures looming at the end of that quarter. Med Men sponsored and introduced the Make It Legal Florida ballot measure. When it hit the 76000-signature threshold, it went to the Supreme Court for language review. After more than a year of waiting since the Oral arguments in front of the court, they finally got their answer.

The answer was “no”, essentially killing this iteration of the ballot measure language for the 2022 election.

MedMen came to Florida and bought the license from Treadwell nurseries. They bought properties for dispensaries that showed a propensity for areas heavily visited by tourists. Places like International St. in Orlando. It seemed obvious that MedMen was holding back production to gear up for an Adult-Use market that did not yet exist in Florida. Then, they sponsored the MIL FFL ballot measure to the tune of $8.6 Million dollars, with additional funds from Surterra, for mailers, ads, and marketing to gather as many signed petitions as possible, even though they did not start collecting them until September of 2019, and the deadline was in January. As the deadline loomed, and they verified 550,00 signatures, they put a dead stop on the push for signatures and awaited the Supreme Court review, which was necessary to move forward in 2021.

On May 6, they were called before the Supreme Court for oral arguments. On the proponent side, they stood alone. Opposing arguments were made by four groups, including several prohibitionist groups:

(2) the Florida House of Representatives.

(3) the Drug Free America Foundation, the Florida Coalition Alliance, National Families in Action, and Smart Approaches to Marijuana; and

(4) the Florida Chamber of Commerce, Floridians Against Recreational Marijuana, Save Our Society from Drugs, and the National Drug-Free Workplace Alliance.

Then, we all waited.

The ballot measure had been a divisive open for the Florida Advocate community. Many disliked the premise of the language, which handed the potential legalized Adult Use market strictly to the current vertically integrated MMTC’s in Florida and containing nothing about home-grow or “horizontal”. The current system only allows vertical MMTC’s, meaning that they must do everything from seed to sale and distribution. Horizontal licenses, which do not yet exist in the Florida medical market could exist to handle a single aspect, such as cultivation, processing, retail packaging, sales, or delivery.

MedMen and told the advocates and patients that the language was written for the MMTC’s to facilitate implementation without “reinventing the wheel” in Florida’s medical cannabis market.

They also claimed that they omitted Home Grow to avoid the pothole that was one for the two major tests that a ballot measure needed to pass Florida Supreme Court muster. A ballot measure had to;

As it stands, when the Court Opinion was published on 4/22, it claimed that MIL FL passed that single subject rule, but it failed in the second one. It lacked total Clarity.

The vote was 5-2 against the MIL FL measure.

The argument used by the judges affirming the opinion came straight from the briefs and arguments of the opponents that spoke that day in 2020.

The ballot language claimed that the new law would give legal immunity by “Permitting” the possession and use of cannabis products according to Florida State Law.

According to the judges, by not mentioning federal laws, where all cannabis use is illegal, the language might lead voters to believe that this new law would negate any federal laws regarding cannabis. That would include bring product across state lines, federal banking prohibitions, public use, etc.

Regarding this omission of the federal law limitation, the Court stated,

This was not the first time this argument held back a ballot measure. In 2013, the first version of Amendment 2 had the same issue, causing the vote to tilt 4-3 in favor. So, when Amendment 2 was re-written for the 2016 election, they added language about federal law, after which it passed unanimously.

In the summary opinion, the five judges concurred that the arguments expressed by the MIL FL team avoided the actual issue and made arguments that were deemed irrelevant and non-applicable. The bill sponsor (MIL FL) noted that the first version of Amendment 2 didn’t have the federal limitation in the language, and still got put forward, but the judges noted that the language was changed in the next version that passed unanimously, by saying that the new law “[did] not immunize violations of federal law”. The affirming opinion added, “rather than analogizing this case to a professor failing a student who followed “the test instructions,”… the better analogy would be to a professor failing a student who chose an incorrect answer after twice being shown the correct answer.”

John Morgan chastises MIL FL for not “following his playbook”

Lawyer John Morgan, who sponsored Amendment 2, concurred.  In a Thursday statement, Morgan noted that Amendment 2 almost suffered the same fate as MIL FL did today, “because of this very issue,” Morgan said. “So, it was an easy fix if the lawyers had followed my playbook.”

Maybe next time. But next time will be harder if the legislature has its way. They have put in laws that make citizen initiatives harder to accomplish. This year, including a block of donations over $3000 and raising the passing bar from 60 to 66%.