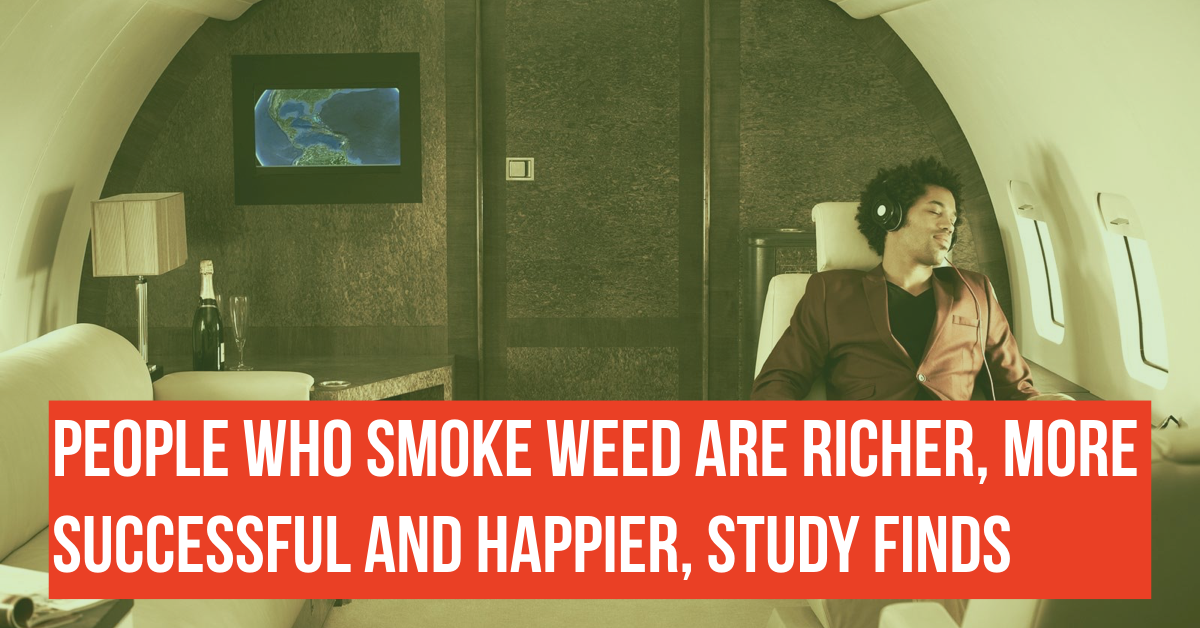 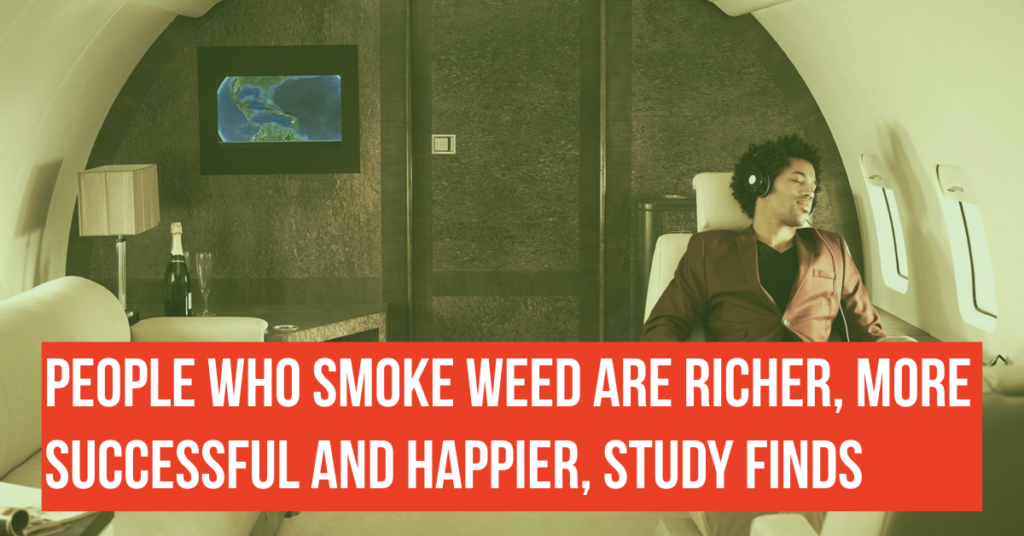 Household income was $93,800 for Cannabis consumers in California, significantly higher than the $70,000 average for abstainers.
There has long been a stereotype portraying Cannabis consumers as lazy, shiftless and distant from being goal- oriented. However, contrary to this long and widely held belief, new research is showing that they are among some of the happiest and most successful members of society.
Market researchers BDS Analytics, surveyed groups of both people who regularly consumed marijuana – as well as those who abstained, and discovered something surprising. In doing their research, they also took into account factors such as mental, social and economic factors.   These also included satisfaction with the quality of life, parenting attitudes, as well as employment information.
The survey analyzed data from two US states that have voted in favor of the legalization of the sale of cannabis: California and Colorado.
Despite the prevalent attitude that low motivation and under-achievement go hand and hand with cannabis use, it was discovered via the survey, that in California 20 percent of consumers had graduated with a master’s degree while that number was 12 percent for those who abstained entirely from the herb.
With regard to household income, the average figure was $93,800  for consumers, noticeably higher than the $70,000 average income for abstainers.
In Colorado, similar results were discovered, with 64 percent of cannabis consumers in full-time jobs, compared to 54 percent of those who would not consider consuming the plant.
The finding that consumers are more likely to be parents also flies in the face of the familiar stereotype of cannabis users being irresponsible. In California, 64 percent of consumers had children, while the number for abstainers was at 55 percent.
With regard to life satisfaction, nearly five out of ten Colorado consumers agreed that they were happier today than they were a year ago, compared to about four in ten among those who avoided cannabis.
Healthy lifestyle habits and social activity also seemed to be affected. In Colorado, 36 percent of consumers described themselves as socially active, whereas only 28 percent of those who abstained said the same.
In both Colorado and California consumers also said they enjoyed outdoor recreation at higher rates.
It was also more common for consumers to engage in Volunteer activities with 38 percent in California offering their time to help others. By contrast, only 25 percent of those who abstained said they volunteered.
In a recent press release, Linda Gilbert, head of the consumer research division at BDS said,
“Cannabis consumers are far removed from the caricatures historically used to describe them.”
Public support for cannabis legalization is at the highest that it’s ever been and it appears that the dated stereotype of a  listless unmotivated marijuana consumer could become a thing of the past.