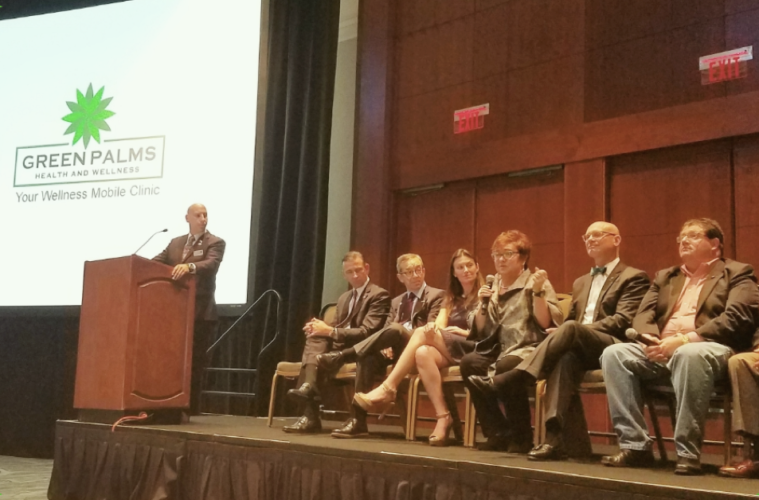 This weekend thousands gathered to attend the Florida Medical Cannabis Conference in Orlando to celebrate and progress Florida’s cannabis industry.

MMTC’s weren’t the only market segments represented at this conference, there was a diverse group of business ranging from small local start-ups to internationally established cannabis companies. There were also booths dedicated to cannabis and patient advocacy, from CannaMoms and Pediatric physicians to Law firms and Veterans for Cannabis.

Being able to bring this wide spectrum of marijuana representatives together is no easy task, it is a testament to the dedication shown by event founders Jill and Dawn, as well as the rest of Florida’s rapidly growing cannabis community. It’s safe to say the buzz around Florida’s market potential has peaked some major interest.

In addition to an expo floor filled with vendors of all varieties, there were also many informative breakout sessions available throughout the conference. While promoting business opportunities is extremely important, a primary focus of this conference was to educate and inform a growing patient base as well as raising awareness in the political and medical fields. Notable speakers include: Dr. Barry Gordon, M.D. of the Venice Care Clinic; Dr. Terel Newton, M.D. a specialist in cannabis recommendations and member of the Holistic Cannabis Centers; Judge Doug Bench, retired Judge; Vijay Choksi, Esq, Attorney; Michael Minardi, Esq, Attorney at Minardi Law; and expert grower at Sunshine Cannabis, Chris Williams. CannaChronicle’s own Michael Thompson also lead a breakout session discussing Marketing and Branding joined by a panel including: Robert Roundtree, David Rakower, Pete Sessa, JP Smith, and Andrew Felix.

Notable remarks included strong resistance to eliminating the vertical integration policy currently in place, shared by Representatives Randy Fine, Cary Pigman, Ralph Massullo, and Bob Rommel. Vertical integration is strongly opposed by many business owners and patients in Florida, and the opposition was made known via shouts from the audience; many expressing the urgency some patients have when it comes to gaining affordable and accessible treatment options. Many of the above representatives also seemed more interested in serving their investors rather than their constituents, even going as far as mentioning turning over the future of Florida’s cannabis industry to large pharmaceutical companies. Those sentiments were also met with vehement opposition from the audience. Holly Bell remained rather quiet throughout the panel discussion, but it must be addressed that Agricultural Commissioner Nikki Fried was greeted with thunderous applause and shared very progressive views when referencing Florida’s future marketplace.

Dr. Richard Boxer expressed concern over the quality in cannabis because there have been so many roadblocks to research. His primary objective is to remove the Schedule 1 status of cannabis nationally. This also made him appear more sympathetic to the seed to sale vertical integration legislation currently in place because it was written with quality assurance in mind.

Rep. Ralph Massullo urged the audience to seek out their representatives, but to approach the conversation with empathy. He claims too many people are concerned with being “right” and not enough people are concerned with doing what’s right. This idea was shared by all including moderator Minardi who encouraged people to get involved in their local and state governments, even if it’s merely sharing anecdotal evidence with representatives to enlighten those who may be unaware, uninformed, or most commonly misinformed.

The topic of misinformation rang extremely resoundingly as Rep. Cary Pigman, who in the past has been notoriously anti-cannabis, alluded to the fact that cannabis could potentially “kill” and that it has not been studied enough. Even as he claims to have become and advocate for medicinal marijuana, it is clear he is still influenced by outdated propaganda. He also happens to be responsible for a large portion of South Florida which is prime real estate for farming land and developments. It’s possible District 55, who has been represented by Cary Pigman since 2012, is ready for new representation.

In conjunction with Vertical Integration and Patient Access, major topics discussed by the panel included: CBD/Hemp classification and policy, Agriculture and job potential, and Licensing (which has been incredibly restrictive).

It was refreshing to see progressive ideas expressed by newcomer Nikki Fried, as well as the passion displayed by the audience in resistance to outdated and overly restrictive policy. It’s clear that Florida’s cannabis industry has evolved rapidly over the past few years and is growing exponentially.

Ultimately the Florida Medical Cannabis Conference was a resounding success and brought some of the most influential cannabis contenders together under one roof to discuss ensuring the success of our economy and working together to make Florida a frontrunner in the national cannabis market. Driven individuals focused on patient care, market transparency, and practical policy implementation, guarantee that Florida will soon become a cannabis leader in agriculture, product quality, and distribution.

CannaChronicle would like to thank everyone who attended for making this event so successful, and we look forward to working with all of the amazing advocates who maintain their passion for cannabis and who care so deeply for those needing relief. Thank you!