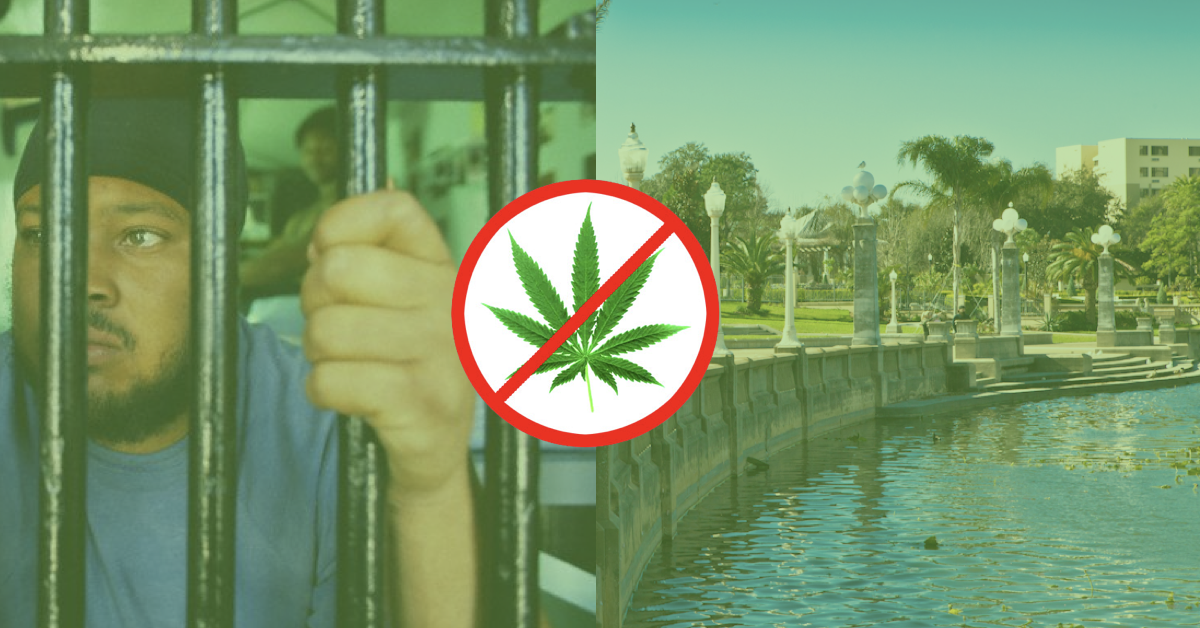 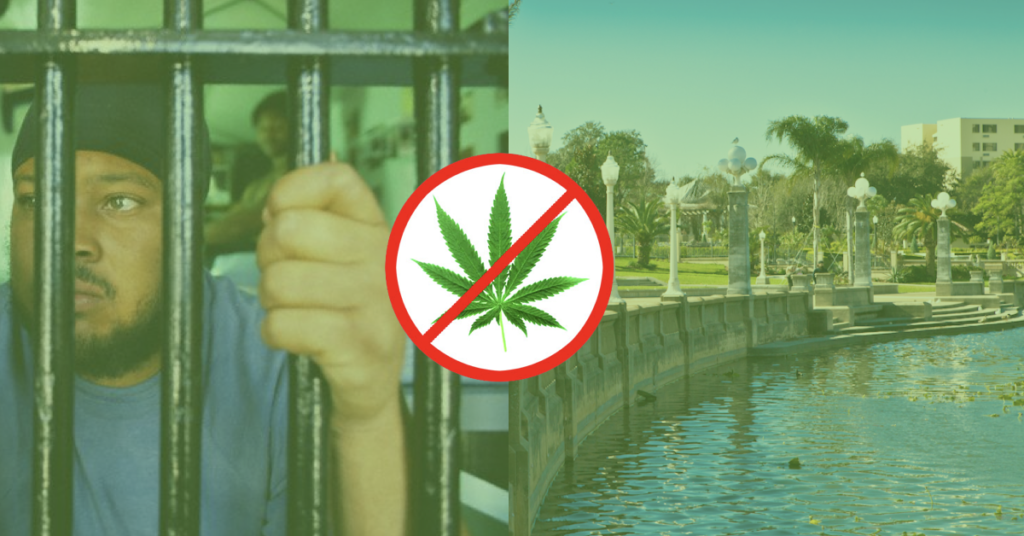 Black adults were five times more likely to be arrested for possessing small amounts of marijuana than white residents in Polk County’s largest two cities in 2015. Black juveniles were arrested at a rate six times higher than white juveniles for possession.

Though making up 20 percent of Lakeland’s population, based on 2014 U.S. Census estimates, blacks comprised 57 percent of the 405 arrests of adults for misdemeanor possession. Black juveniles were arrested at a rate six times higher than white juveniles with 30 arrests to 19.

In Winter Haven, black residents made up 28 percent of the city’s population but accounted for 63 percent of the 137 arrests of adults for possessing small amounts of marijuana. Of the 28 juveniles arrested in Winter Haven, 13 were black, 13 were white, meaning black juveniles were more than twice as likely to be arrested than white juveniles. No race was indicated or recorded for two of the arrests.

The Lakeland City Commission is scheduled to discuss whether to decriminalize marijuana inside the city during a workshop at 5:30 p.m. Wednesday in the Hollingsworth Ballroom at The Lakeland Center, 701 W. Lime St.

The arrest statistics do not assume the Latino or Hispanic origin of the person arrested. Census surveys account for Hispanic or Latino origin separately from race. There can be black Hispanics and white Hispanics.

Officials in the two biggest cities in the county say arrests are not based on race.

“The arrests are what they are,” Lakeland Police Chief Larry Giddens said. “It depends on the actions of someone.”

Giddens said many of the arrests could have been connected to additional charges the defendant faces.

He said, of the 165 cases, 52 involved additional charges, such as domestic violence or possession of other, stronger drugs.

Prosecutors said they handled 1,543 misdemeanor marijuana cases in 2015, including 334 diversions. The State Attorney’s Office diversion program enables defendants to avoid a conviction if they complete the program. After that, defendants can seek to have their arrest records sealed and expunged.

One item not included in a request for data by The Ledger was the race of each defendant prosecuted by the State Attorney’s Office.

Incoming State Attorney Brian Haas said there is no need to track prosecutions by racial breakdown. He said prosecutors review specifics of each case and the criminal history of the defendant.

“The race of the defendant does not have anything to do with that analysis,” Haas said.

The number of misdemeanor violations for marijuana in Lakeland was made public earlier this year following a request by City Commissioner Justin Troller.

Supporters of decriminalization want to make possession of under 20 grams a civil citation, similar to a parking ticket.

“I’m leaning toward favoring it,” Troller said of a possible upcoming vote to decriminalize. “These policies affect the middle class at a much greater rate than an affluent person.”

Troller said he doesn’t have a problem with police departments sending more officers to areas that have more crime, but he said arrests and prosecution of people for small amounts of pot can ruin a person’s life.

“There is no value to it at all,” Troller said, adding that costs and an arrest record damage a young person’s ability to find a good job.

Giddens is opposed to decriminalization, saying it sends the wrong message to young people and that commissioners need to “hold the line at marijuana.”

The discussion of decriminalization comes after the recent release of a report by the American Civil Liberties Union and Human Rights Watch that shows:

• Black adults were more than 2½ times as likely as white adults to be arrested for drug possession in 2015.

• Nearly half of all drug possession arrests — more than 574,000 — were for marijuana possession. By comparison, there were 506,681 arrests for violent crimes.

• In 2014, black people were nearly six times more likely than white people to be in prison for drug possession.

• Black adults were more than four times as likely to be arrested as white adults in the 39 states that provided sufficient data.

Tess Borden, a fellow at the ACLU and Human Rights Watch, said it’s highly likely that residents aren’t as concerned about police arrests for drug possession as they are stopping violent crimes.

“Some departments reward arrests,” said Borden, who wrote the report. “There is a problem with saying you measure productivity by arrest numbers because police go out and bust for drugs.”

She noted that, although there has been a drop in violent crime arrests since 1995, the number of arrests for all drug possession, including marijuana, has increased by 13 percent.

And although police may be patrolling where there is crime, Borden said, marijuana arrests aren’t the crimes people are worried about.

“People don’t believe this is the No. 1 safety concern,” Borden said of marijuana arrests.

Central Florida NORML and Floridians For Cannabis  is Working with the city of Lakeland to change this. There will be a meeting open to public discussion at The Lakeland Center 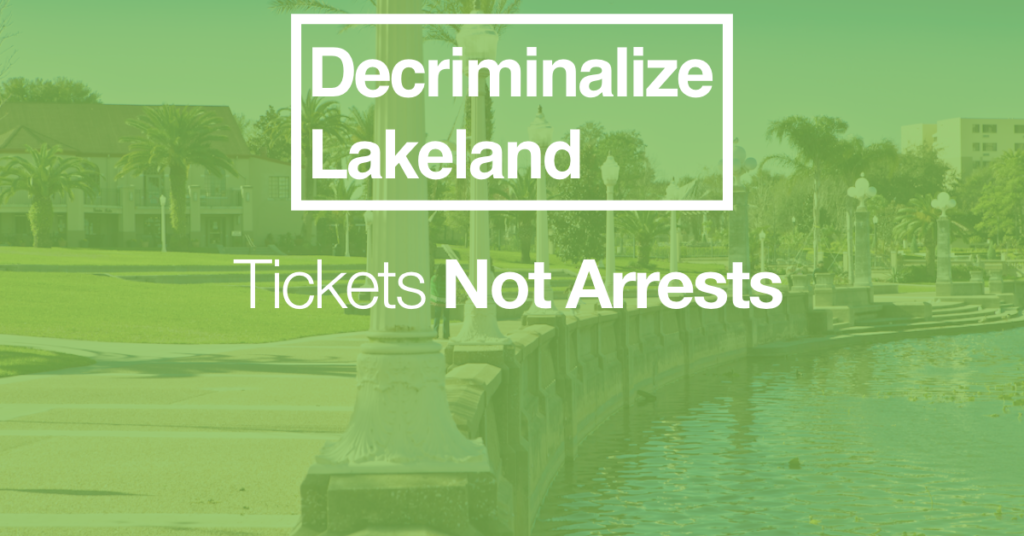