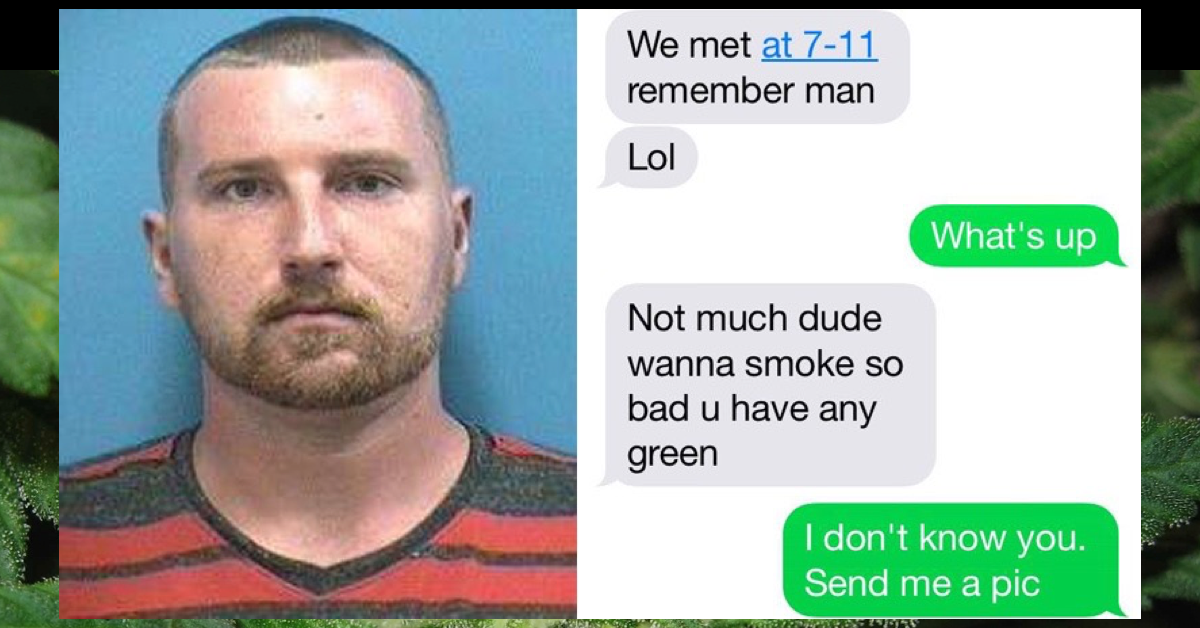 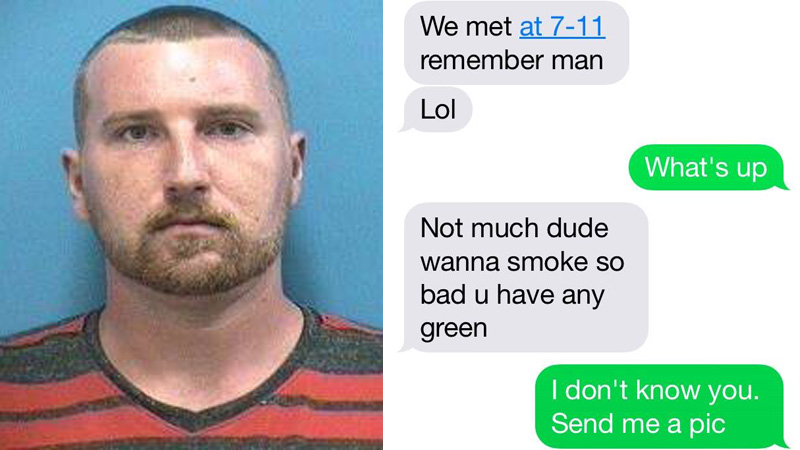 A Florida man looking to score some green was arrested this month after police say he mistakenly texted the captain of the Martin County Sheriff’s Narcotics Unit, The Washington Post reports.

“When 29-year old William Lamberson of Port St. Lucie wanted to get high,’ he began texting friends, or so he thought,” wrote the Sheriff’s Office on Facebook. “It turns out, Lamberson’s connections  let him to someone who knows all about illegal drugs.”

In the next series of texts, the captain asks Lamberson if he has any connections to get cocaine.(Buger Sugar) “I actually do man. Lol,” Lamberson allegedly responded.

The two continue texting, and the captain asks for a specific amount of cocaine. The two were supposed to meet on Sept. 1, but Lamberson was instead met by narcotics detectives who arrested him, according to the department.