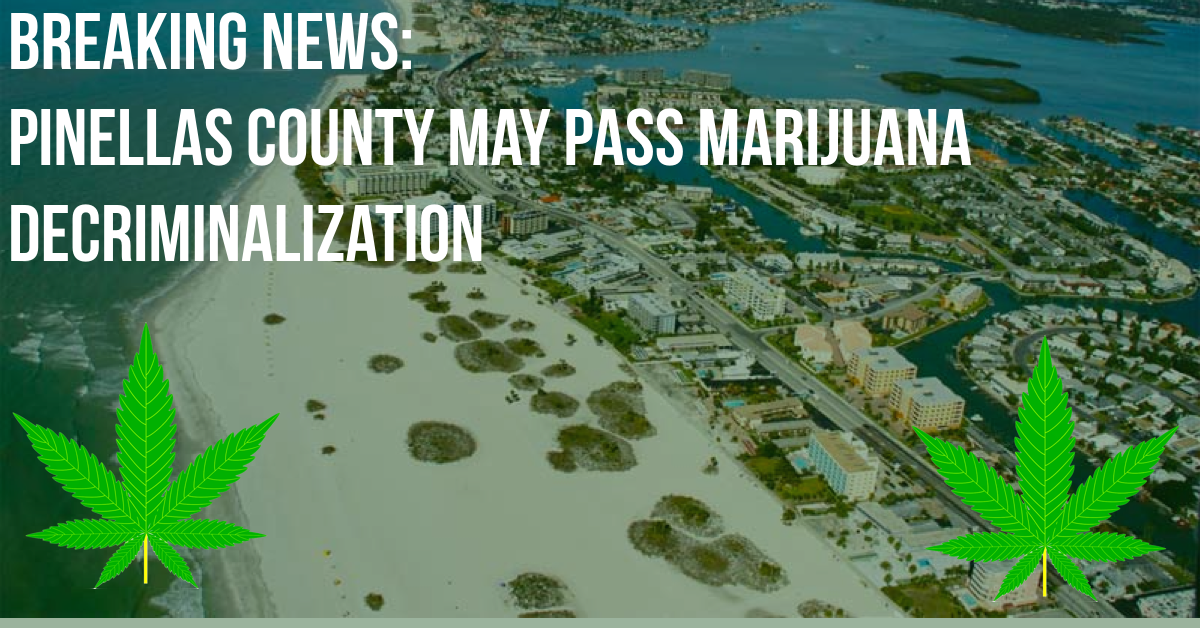 Last month the City of St. Petersburg entertained the idea of civil citations for marijuana

decriminalization at the behest of Councilman Steve Kornell. Pinellas County was used most

recently as a national example of how marijuana arrest have serious racial disparities. Pinellas

of 2015. Welch said the request stems from concerns that there are more arrests of minorities

and arrests made in certain areas of the county for marijuana possession. He is interested in

concerns. “There’s a disparity,” Welch said. “We need to do something about it.”

Other members of the Pinellas Commission are receptive to the idea. Commissioner

scheduling a workshop. Pinellas Clerk of the Court Ken Burke says that other Florida Counties

charges. He has suggested forming a small task force to explore the alternatives and include

Sheriff Bob Gualtieri and State Attorney Bernie McCabe on it. Sheriffs in Florida have not been

open to marijuana legalization. The Florida Sheriffs Association was a leading voice against

Chair of Pinellas County Commission, Charlie Justice, said he would be “happy to do a

workshop,” but that the January and February workshop schedule was full. Therefore, this