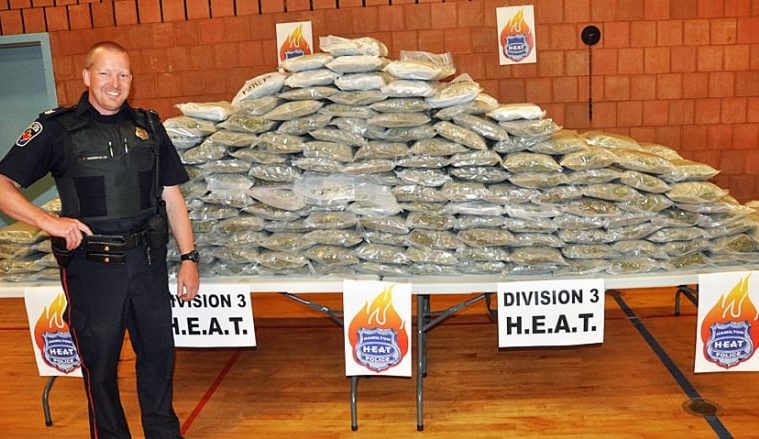 New tests in an Oklahoma trial prove that charges against four men involved in an alleged drug trafficking operation may be misplaced. Defense attorneys, upon hearing the results of the tests, have called for charges to be dropped in an enormous 18,000 pound “bust”.

Last month Farah Warsame, Tadesse Deneke, Andrew Ross, and David Dirksen were detained and charged with aggravated trafficking. Police say they pulled the men over after witnessing a semi-truck running a red light with a white van close behind. Upon further inspection officers uncovered 18,000 pounds of what they believed to be marijuana.

The suspects in question claimed that their illicit shipment was actually hemp, and not marijuana. A bill of sale for hemp was presented at the scene, but investigators claimed the document was “vague” and arrested all four men. They now face 15-years to life in prison.

The defendants told FOX 23 out of Pawhuska, Oklahoma that their company makes medicine.

Andrew Ross was quoted saying, “I run a veteran-owned company. This is absolute horse***. We are legal and compliant,” going on to say, “This is a federally-legal product and we’re making medicine for veterans.” He was able to post bail at $40,000.

It’s take several weeks but tests finally came back revealing the THC levels in samples taken from the shipment. Of the 11 samples that were submitted for testing, only two came back with results slightly over the legal THC limit.

Defense Attorney Matt Lyons wants the charges dropped and says he isn’t sure why the four men were arrested. Hemp farmers in violation are often only issued civil citations or fines.

“Why is this being criminally prosecuted?” Lyons asked, “Is this because you made the mistake of prosecuting them before the tests were done?”

Two of the men arrested, Farah Warsame and Tadesse Deneke, have not made bond and are still incarcerated.

The Office of the Osage County District Attorney did not issue any comments regarding the recent tests. However, defense attorneys released that authorities are sending the shipment to Colorado for further testing and THC analysis on the entire 18,000 pound load.