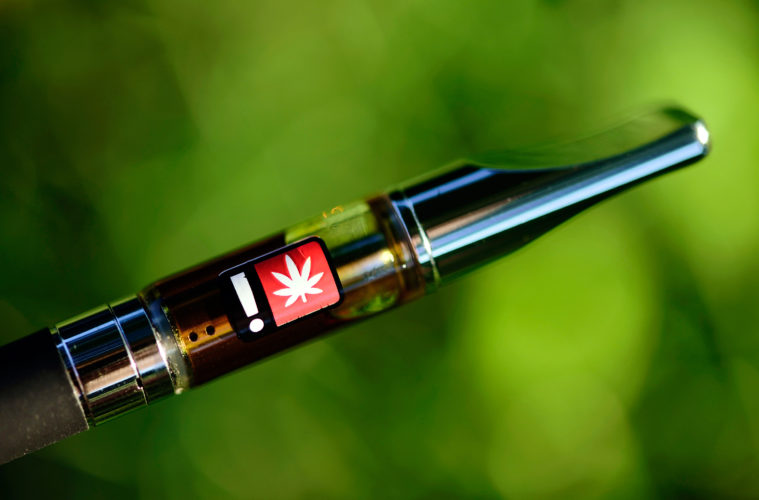 Recent studies conducted in California by Eaze and Jane Technologies, Inc. report that marijuana “vape pens” or e-cigarettes make up roughly 25 percent of cannabis sales in California. BDS Analytics also conducted a nation-wide study and determined that “vapes already made up more than half of total U.S. concentrates sales.”

Marijuana e-cigarettes are a relatively new design. While the basic components were borrowed from traditional tobacco/nicotine e-cigarettes, those components were not designed to be used with cannabis oils. When used inappropriately, these heating elements may not vaporize but combust and smolder the cannabis oil which can result in carcinogens and other potentially hazardous contaminants. Some devices do include temperature control features, but this creates an additional cost and in an already fiercely competitive market most manufacturers either cannot afford, or simply choose not to include the additional expense. Sasha Robinson, former CTO and founder of Firefly Vapor, says most of the pens on the market “have no temperature control and very few electronic parts, most of the electronics are spent on charging the battery and making sure the battery doesn’t blow up in your face.”

When creating their first product design, “Firefly 1”, Robinson did an enormous amount of research on which material components would best fulfill their needs, including testing various heating coil wires. One material they tested was nichrome wire, an alloy of nickel and chromium. After one month of observation, Robinson and his partner developed “skin rashes and itching issues, symptoms that were consistent with those of nickel poisoning.” Chromium and nickel are both heavy metals but neither is currently tested for under California’s phase 3 heavy metals testing (only cadmium, lead, arsenic, and mercury) which is required by reforms to the state’s medical and recreational cannabis legislation.

Earlier this month many Californians were shocked to discover a memo issued by K Street Consulting, claiming that an overwhelming majority (as much as 90 percent) of cartridges on the market test positive for “actionable levels of lead.” Robinson says that while many people are focused on the presence of lead, their testing with nichrome wire revealed there are other heavy metals that should be addressed. In addition to their symptoms that resembled nickel poisoning, since the cartridges they tested were empty they were able to observe “dust in the heating chamber” when the device was disassembled. Robinson witnessed “after repeated heating and cooling cycles the nichrome wire begins to flake off as white powder,” which can be inhaled.

Ultimately Robinson chose to delay the launch of their vaping device to conduct further studies on materials that would not succumb to the flaking the nichrome wire endured. He mentions, “In the end, we did find one, but it was very difficult to find a supplier and we had to have our wire custom made,” adding, “All of our coils are now made in the U.S.”

This brings up one major concern in the cannabis industry, quality control on products imported from China. Robinson believes that China does not prioritize human health over profits because, “China doesn’t think that way, they can’t afford to,” claiming that China is the “Wild West” when dealing with manufacturers and issues facing U.S. regulations.

“The challenge is that most [U.S companies] don’t know and don’t want to know what they are made of, because then they become liable for it … Their supplier can tell them a lie, like the coil is made of titanium, and then they can repeat the lie to consumers without ever verifying it, that happens a lot.”

Andy Church, founder of Insight Quality Services (IQS), says that “material component deception” is commonplace in the Chinese market, stating, “I think that it happens all the time, in manufacturing and sales, but that is not limited to China.”

His company, IQS, is responsible for testing products to verify U.S. companies are getting what they ordered. Church formerly spent 12 years doing quality assurance/quality control in Shenzhen China. He says that the bottom-line rests with the importer to double-check the products they are selling.

“If someone is telling you that a device is made of specific components it is up to the buyer to make sure that what they receive is what they ordered,” said Church. When it comes to cannabis cartridges, or anything else, companies need to “send samples in from the inspected lot to make sure the components are what they are meant to be.”

Soon Colorado will join California in requiring companies to test for heavy metals in cannabis products, although their regulations will be slightly less restrictive. Where Colorado will allow up to 10 parts per million (ppm) for lead, California only allows 0.5 ppm.

Sarah Krings-Lien, head researcher for Pistil + Stigma, has been conducting an on-going study on resting limits around the country. She says, “The lack of scientific evidence on safe levels of heavy metals in cannabis has resulted in a patchwork of state testing requirements,” going on to say, “The majority of states require testing for just four heavy metals, but a few sates require testing for up to 10, including chromium, barium, silver, selenium, iron, manganese, nickel, and zinc.”

Unfortunately, the number of metals isn’t the only thing that varies from state to state, the permitted limits for each metal vary widely. Krings-Lien notes, “In five sates the limit for lead in cannabis flower is 1 ppm or less, while two states allow up to eight times that amount.”

Consumers searching for safer devices should do their own research on company track records. For example, the Firefly vaporizer mentioned previously has a proven safety and compliance adherence record. Other brands on the market are also known for their safe business practices and it is up to the consumer to make an informed decision.

Seibo Shen, CEO of VapeXhale and Hanu Labs, is one of the first executives who raised awareness on the issue of materials safety. He said, “I’ll be the first to say that pens seem to be safer than smoking, but they may not be as safe as they are being marketed to be … I wouldn’t say they are unsafe, but they can choose much safer and better materials to use in the cartridges.” Shen is responsible for creating the Hanu Stone, a portable vaporizer that was “designed to be ROHS and ROHS2 compliant, which are safety standards for hazardous materials.”

Companies looking to have national brand recognition and market presence in the cannabis industry will have to comply with the most strict regulations to be available to the most consumers. Attempting to save money on sub-par components will often lead to failed testing and recalls, as witnessed by a Michigan company whose cartridges tested positive for arsenic and cadmium (among other things). Places like California and Colorado who are more lenient now, will also likely increase their regulation standards.

In conclusion, be aware of what is available on the market and do your research! Know what you are smoking, before it detrimentally affects your health.