More Veterans are Dying Thanks to Florida Politicians 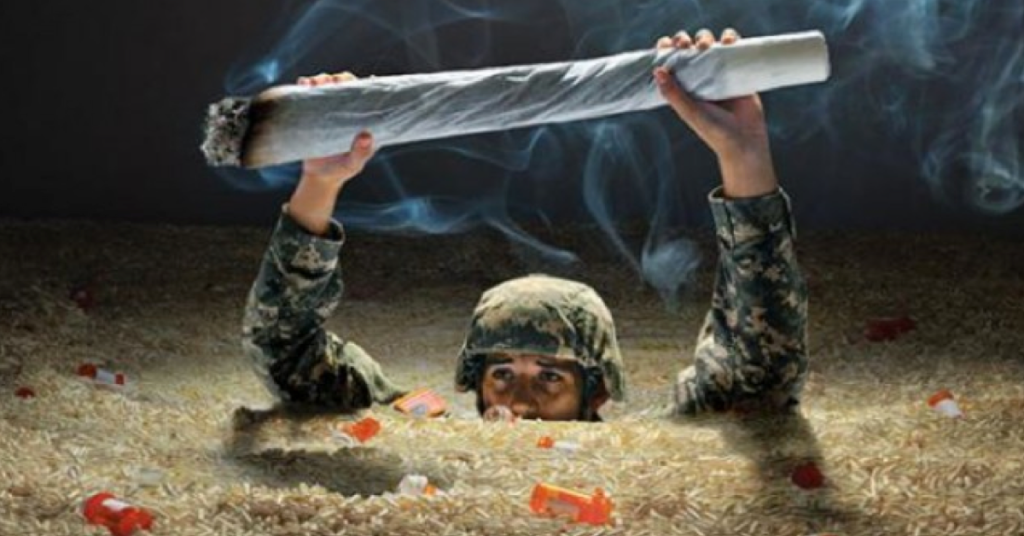 On March 7, 2016, an amendment was put forth by Senator Greg Evers to add PTSD as a qualifying condition for medical cannabis in Florida. Of the 40 Florida State Senators, 36 of them voted. One of the Senator’s had been “excused” for the day due to a family issue, the Senate President, Andy Gardiner and two other Senator’s declined to vote. The result was an 18/18 split decision, a majority would have been needed for the amendment to pass. Sadly, PTSD was not added as a qualifying condition in Florida.

I contend that over half of our Senators failed not only civilian sufferers of PTSD, but our Veteran brothers and Sisters on that day. They had an opportunity to provide real assistance and they refused to do so.

Cannabis is an effective treatment for Post Traumatic Stress Disorder, this is not opinion, there is Scientific data to back this claim. There is also a plethora of “anecdotal” evidence supporting my assertion. Anecdotal evidence, to me, is just a fancy way of saying that something actually works in living, breathing, humans.

You see, when someone suffers from catastrophic symptoms such as: a heightened level of alert; when they re-experience their trauma through nightmares and flashbacks; when they are “triggered” by certain images, sounds, or smells; when they live their lives avoiding certain people, places or things out of fear; when they can’t relax; when they can’t sleep and they tell me something helps them, I believe them.

When enough people tell me that cannabis helps them “handle” these symptoms better and allows them to carry on with the activities of daily living that those who are not afflicted with this condition take for granted, I believe them. Not only do I believe them, I want to help them gain safe and legal access.

How I wish that our lawmakers in Florida could step outside of themselves and extend this same courtesy to the Floridians around them who are suffering, many of us in Silence.

You see, if they did, perhaps Drew Winkler, the 26 year old Iraqi War Veteran from Crestview Florida would still be alive today. Sadly, he’s not. Drew took his own life on Memorial day, June 2nd, 2016.

Drew became another “statistic”, one of the 22 Veterans daily, who complete suicide. Another sufferer of PTSD, another casualty of the “War on Drugs”. Are we really going to continue to send these men and women into harms way only to deny them access to a plant that they are telling us helps them cope more effectively when they return?

Are we going to accept our politicians “playing Doctor” as they decide who should receive cannabis as a treatment and who should not? Are we going to accept politicians statements before Committee meetings up at the Florida State Capital such as: “Well, I have a hard time refuting that PTSD is very frequently over diagnosed” in our Veterans, as Representative Matt Gaetz so callously commented in his address to his fellow lawmakers. Is he even qualified to “refute” such claims, I mean he’s not a Mental Health Professional, or even a Medical Doctor. How would he know about Mental Health conditions being overly diagnosed? Because the Speaker of the House told him so? This was the response I received from him when I asked him where he got his information from.

I did not know Drew but I still grieve his death, maybe more so than other “strangers”, because I failed too. I failed to convince 21 Senators in the State of Florida that cannabis is a safe and effective treatment for PTSD. I failed to convince them to vote “yes” and now a man is dead. Do I blame myself for Drew’s death, no, not really. I understand that I can’t be held accountable for someone else’s decision, but I do acknowledge my failure. I will carry it forward with me in my quest to reform antiquated, archaic, oppressive and destructive laws.

I can’t help but wonder, when will enough finally be enough? When will we decide, collectively that #Twenty22Many is unacceptable? When will we finally be ready to #StopTheHarm?
#EducateNormalizeLegalize #IntentionsMatter

“He had sent text messages to his family, assuring them he loved them. At 5:06 a.m., he made one last post to his Facebook page.

The number 22 refers to the number of veterans who reportedly commit suicide every day.”