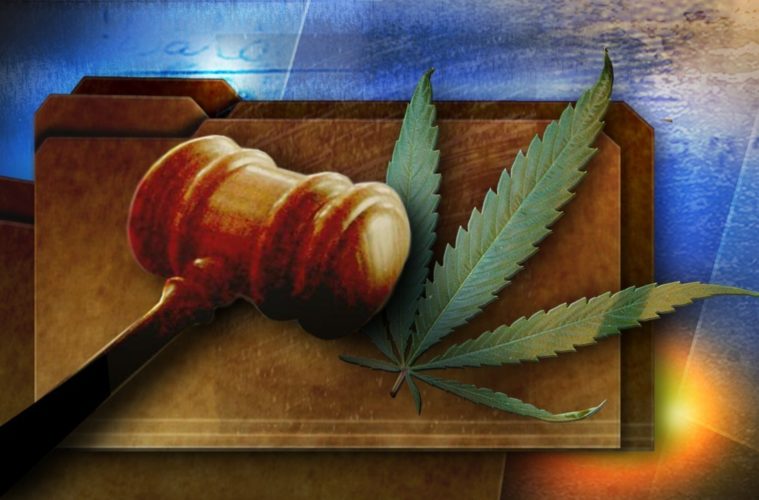 Today, the 1st District Court of Appeals in Leon County, heavily loaded with Governor Scott appointees to the rate of 9 out of 16, gave the order to “Quash” the Vacate of Stay Order by Judge Gievers in the Morgan Smoking Case. This order came without any judges signature nor the ruling judges names written on the order.

This means that Gievers ruling, which stated that the state’s ban on smoking was “Invalid and  unenforceable” along with being unconstitutional. cannot take effect until the appeal, placed on the ruling by Gov. Scott’s office is retracted or completed. 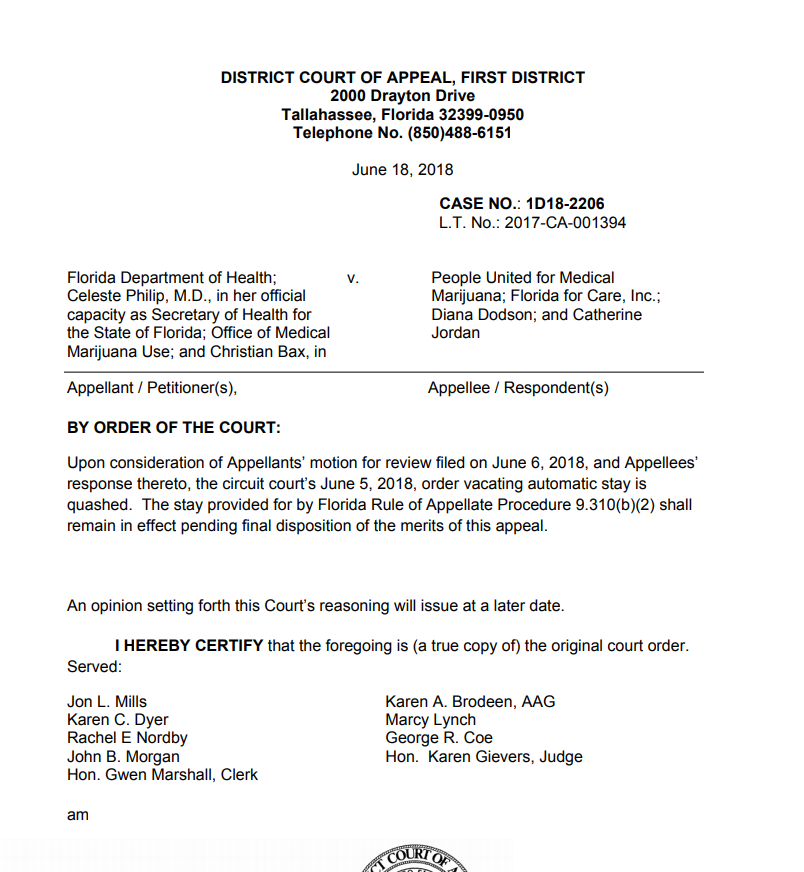 What does this mean?

For thousands of qualified patients, this means that the ability to smoke cannabis as medicine has now become a long time from now, if at all.

John Morgan had pleaded with Scott to “Put politics aside” and do the humanitarian thing, and retract the appeal. He even offered $100,000 for Scotts campaign war chest if the Governor would debate him, int he hopes of forcing the governor to retract his appeal.

But those words fell on apparently deaf ears, because the governor gave a non-response about  to reporters about “following the law”, but refused to remove the appeal. How can you follow a law that is unconstitutional, governor?

Team Morgan has been fighting back

Since the appeal generated an automatic stay of the ruling, and lives like Cathy Jordan and Diane Dodson are on the line, Morgan, Mills and his group filed a Motion for a Vacate of Stay, which was granted by Judge Gievers with a 7-day delay to allow the DoH to get their act together and write the dosing rules to allow the ruling to be implemented. But instead of writing rules, the DoH kicked back and watched as Pam Bondi brought forth another appeal, this one of the Vacate of Stay order. this made the delay moot point, and the appeal generated another stay.

Today’s ruling by the DCA officially “quashes”, or negates the order to vacate the stay. This means, ” The stay provided for by Florida Rule of Appellate Procedure 9.310(b)(2) shall remain in effect pending final disposition of the merits of this appeal.”

However long that takes.

Morgan and Mills had made the suggestion to the DCA that the case should be immediately escalated to the Supreme court, due to its impact on the constitution and the people affected, and that suggestion is still under consideration. But the appeals process may take months, if not years. Some people, like Cathy Jordan, don’t have that time to wait.

A Statement from Cathy Jordan

In a conversation with Cathy, just after she heard the DCA ruling, she stated, “I’m beginning to think that the state of Florida wants me dead.”

Lets hope that doesn’t happen, not just for Cathy but for all of the other patients that need this medicine in its full entourage smoked form, for ALS, PTSD, AIDS and more.

Lets just hope that Governor Scott doesn’t really want them all dead. After all they are human beiongs, citisens of Florida, in pain. And also voters.