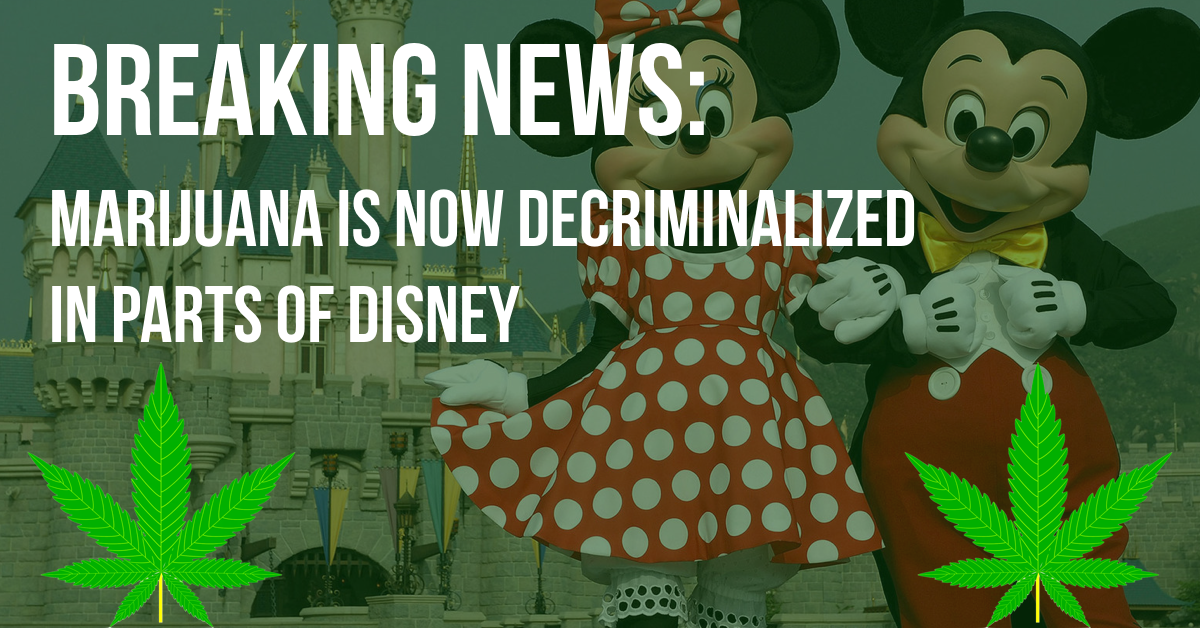 Marijuana is now Decriminalized in parts of Disney 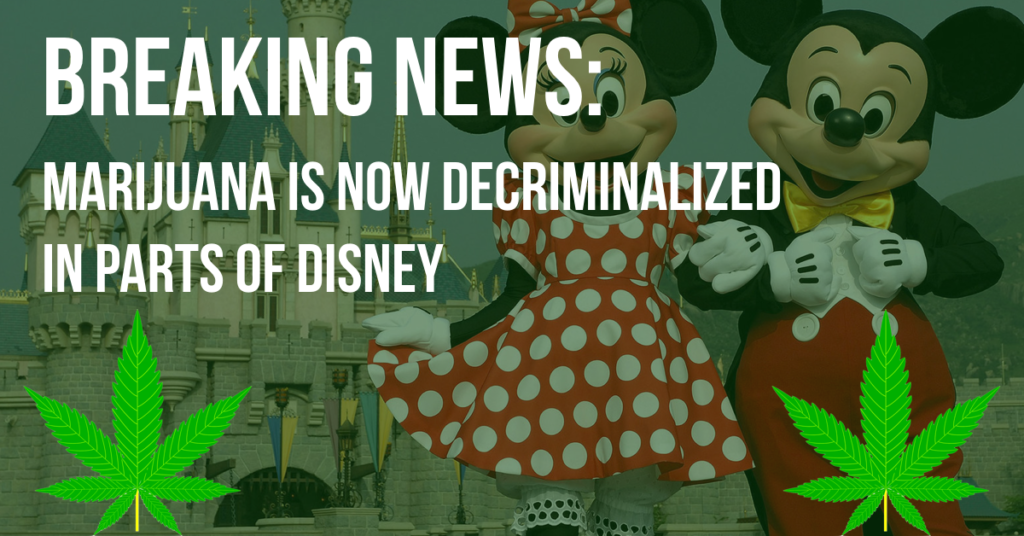 If you get caught medicating on parts at Disney property you may no longer face jail time. Thanks to an ordinance passed unanimously by Osceola County commissioners.

Residents with 20 grams of cannabis or less might not face jail time, and instead could be fined $100, officials say.

Commissioner Brandon Arrington said the new rule would save taxpayers’ money.  He also wanted to see revenue generated from the fines funneled toward mental-health funding in the county.

“There’s an overall lack of funding for mental health in the United States, let alone Osceola,” he stated.

“I think we all think this is a great ordinance,” she said.  “… So we don’t necessarily have to haul everybody off to jail.”

Other counties and cities includingTampa, Orlando,Miami-Dade, Miami Beach, Fernandina Beach, and Hallandale Beach have launched citation programs with in the last year.

Officials now have 10 days to file the ordinance with the state.  It is expected to take effect 30 days after that.

St. Cloud and Kissimmee could opt out of the ordinance, officials said.

Law-enforcement officials would Have the power to arrest the offender or issue a citation.

“It gives them another tool, another option,” said county attorney Andrew Mai on Monday.