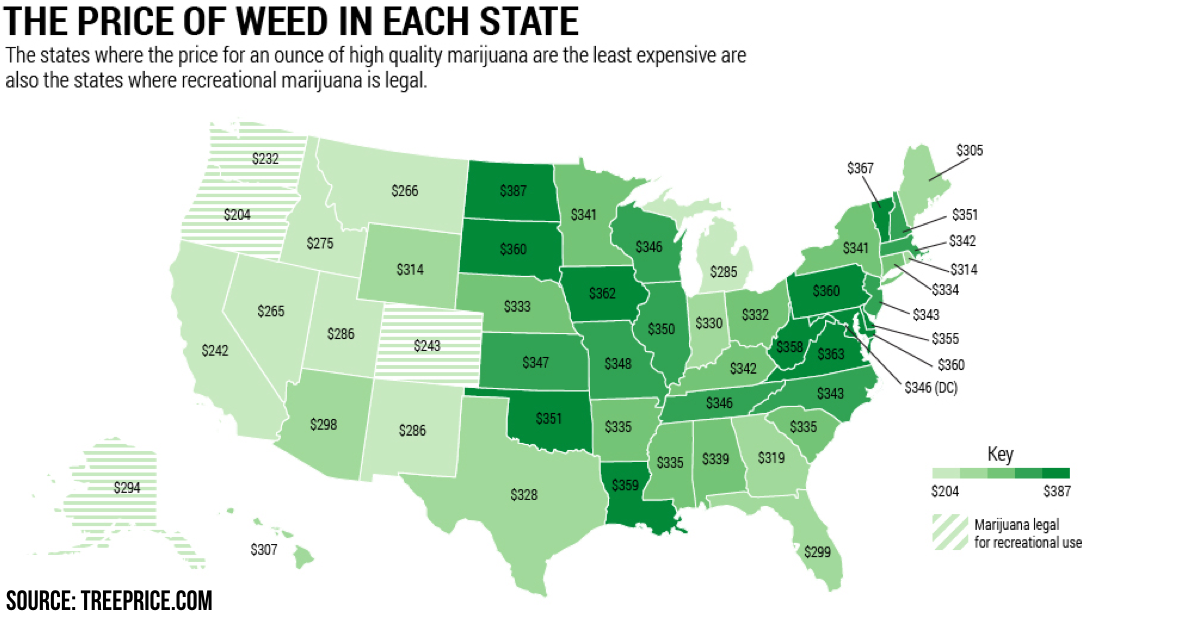 The Cost of an Ounce of Weed in ALL 50 States 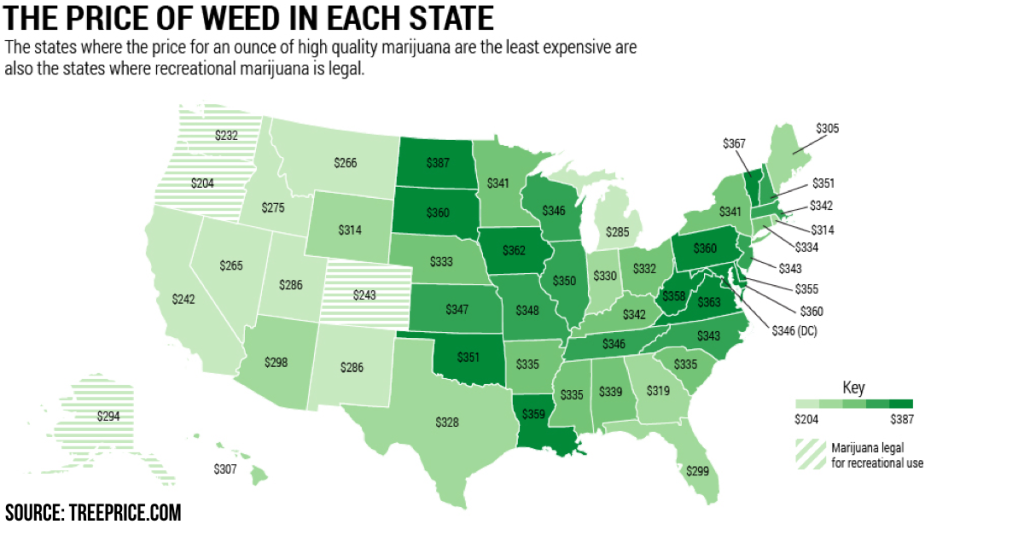 Despite a strong marijuana culture, Colorado is surprisingly doesn’t have the lowest marijuana prices. At $206 for an ounce of high quality cannabis, Oregon is the state with the cheapest weed – almost half the cost of an ounce of marijuana in North Dakota, where prices are the highest in the country at $387 an ounce. According to www.TreePrice.com

In Washington D.C., where marijuana became legal for recreational use in March but where commercial sale is still illegal, the price of an ounce of weed costs $346.