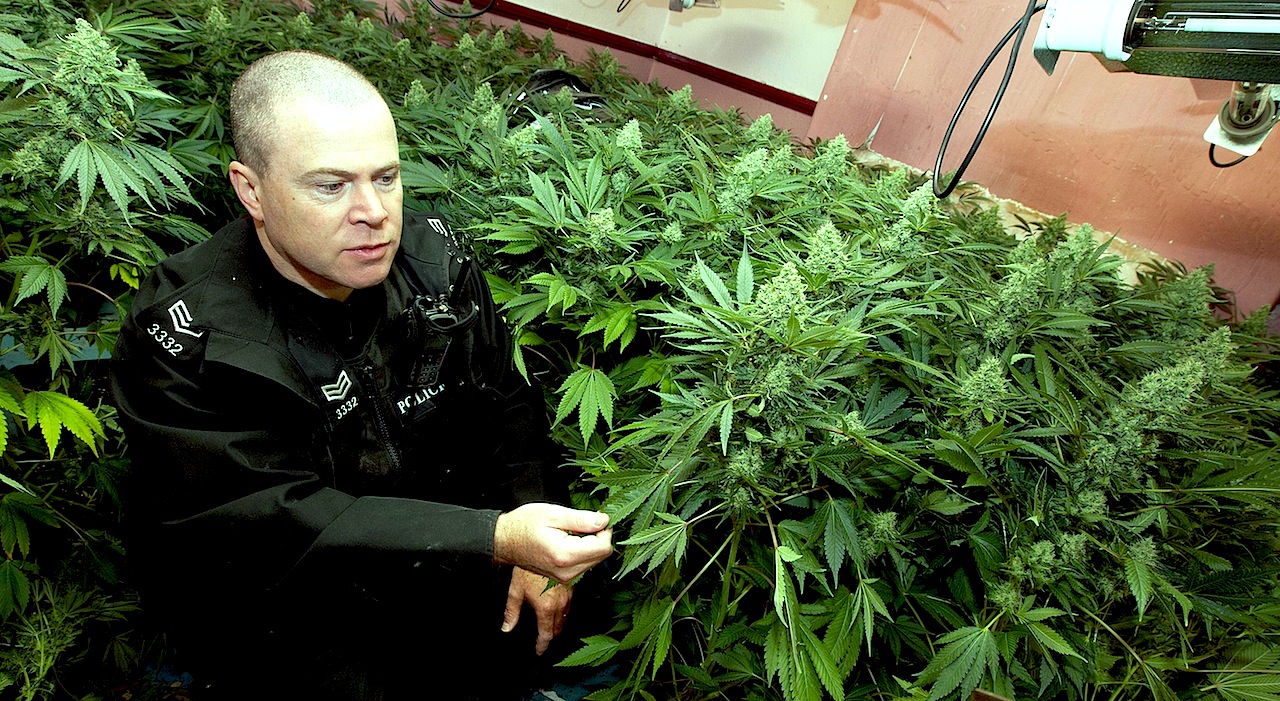 Police say: Marijuana is no longer a threat 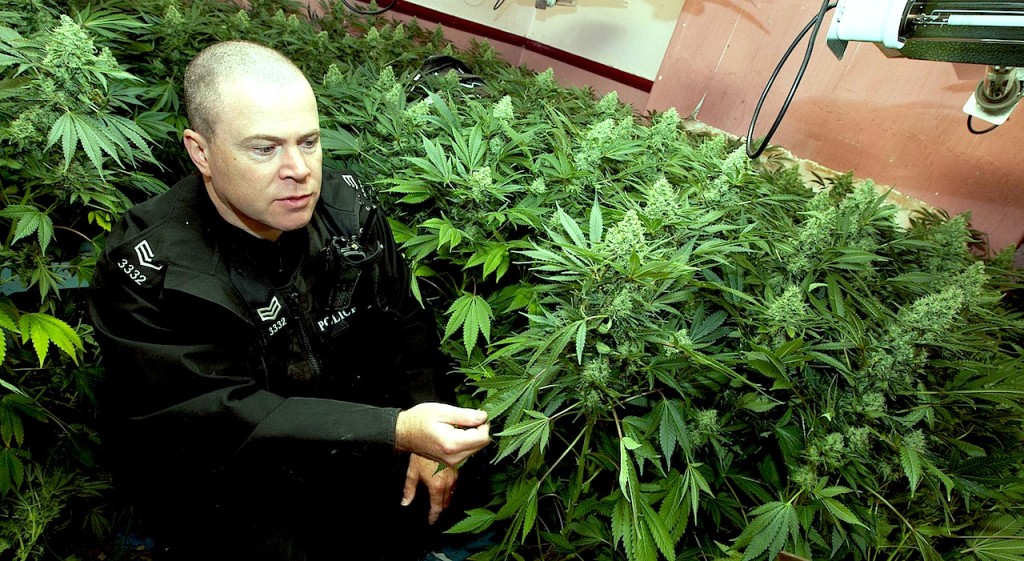 When the DEA surveyed over 1,000 law enforcement agencies as to what they saw as their biggest drug threats, marijuana came in at the bottom of the list. Furthermore, it was named by only 6 percent of survey respondents.

As far as drug threats go, pot has been declining steadily since the mid-2000s, even as states have moved to legalize medical and recreational marijuana during that time period.

By contrast, nearly 75% of police departments cite heroin and meth as their top drug threat. After rising sharply from 2007 to 2013, abuse of prescription painkillers has subsided considerably in the past two years. 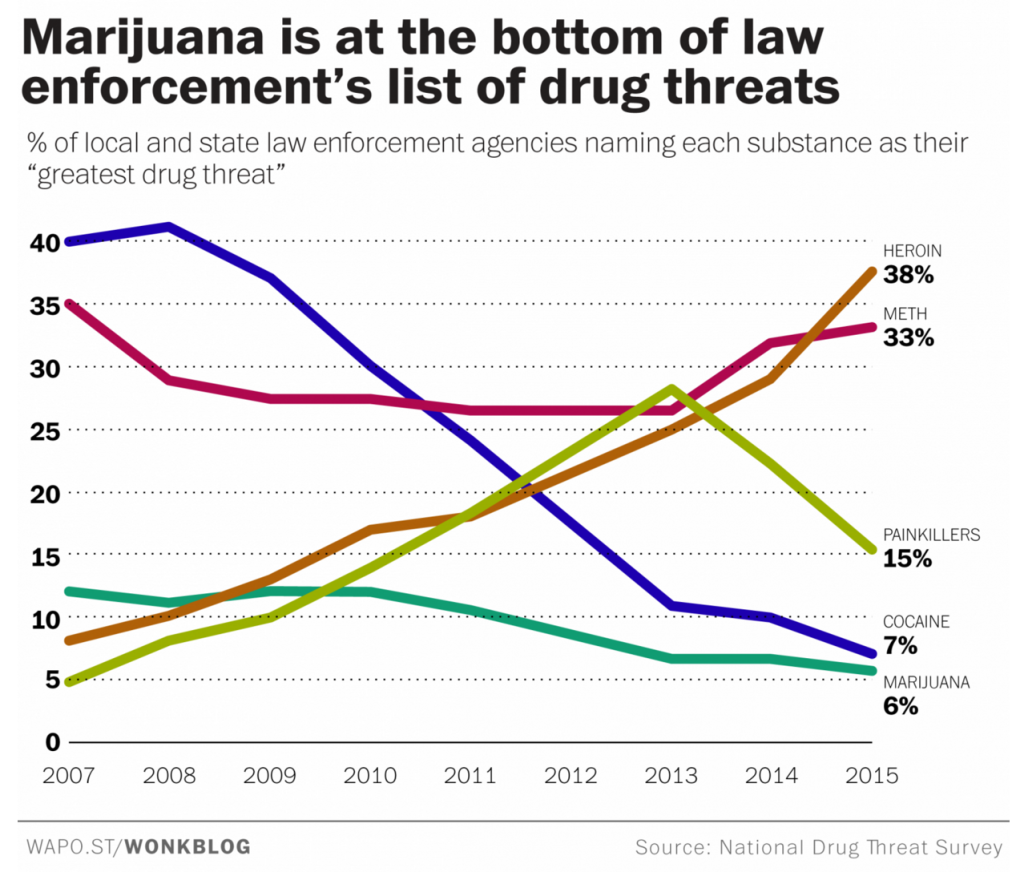 It all points to something that drug policy experts and researchers have known for a long time: compared to other recreational substances, including alcohol, marijuana is really not that harmful (if harmful at all.) It’s probably safer and even more beneficial than many people think.

State and local police agencies also say that marijuana is not a big facilitator of crime. Only 6 percent said that marijuana was the most serious driver of violent crime in their communities in 2015, and 5 percent said it was the biggest contributor to property crime.  This contradicts arguments posed by some high ranking law enforcement officials that marijuana is somehow responsible for an increase in murders in the last year.

Despite this shift in thinking, as well as increasing legalization across the country, arrests for marijuana possession continue.

Though legal in many places, marijuana is by far the most widely used illegal drug and likely affords many law enforcement officers an easy and accessible arrest. But these arrests have serious consequences for the people involved, and they divert time and resources that could be better focused on more serious crimes, like rape and murder.

Add to that that the Department of Justice continues to aggressively pursue and prosecute these cases even in places like California where some use of the plant is legal.

The DEA’s latest drug threat assessment makes a solid argument for smarter policing: If marijuana is so low on the totem pole, while heroin and meth are a big worry, then devote less time and resources to the former and more to the latter. The report states that over 46,000 people died from drug overdoses in 2013. It fails to mention that not a single one of those overdoses was caused by marijuana.