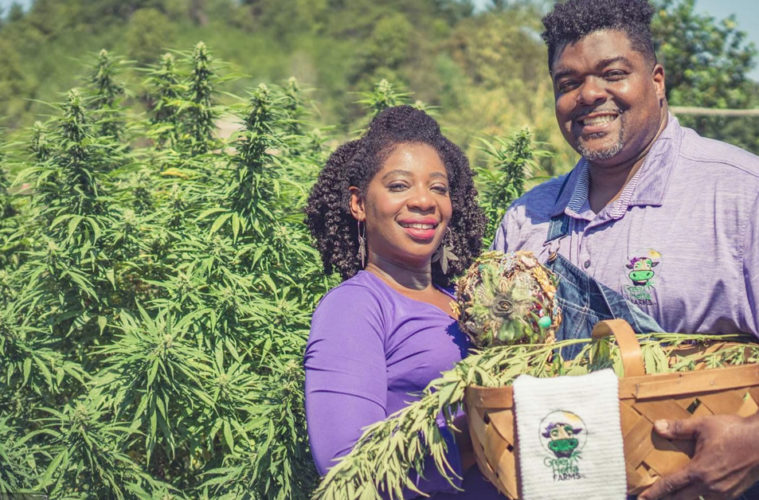 Many people in many states are constantly concerned about Social Equity. It has actually stopped legalization in its tracks and force shutdowns of state cannabis industries when lawsuits reared their heads.

Here are questions that need to be answered first. What is Social Equity in the cannabis industry, is it important and why don’t we have it in Florida?

What is Social Equity and why its important.

1.What is Social Equity?  The general definition of social equity varies, based on context, but usually involves justice and fairness in public policy. In the cannabis industry, it revolves around opening opportunities for those disproportionately impacted in the war on drugs.

2.Why is it important? There is no secret that people of color are 4 times more likely to be arrested for minor possession or use of cannabis. This is not to say that they were the only ones arrested. There are folks that were involved in trafficking that were involved in the legacy market (I prefer to call it the presumptive market, because many of them knew that one day soon, it would be legal). Many of them got prison sentences for multiple decades or even life in prison. For those on the consumer side of the market, many served jail or prison time for minor amounts, and their lives were impacted forever.

But for people of color, there was an expectation that, if they were caught, it was a given that the law would come down harshly, even for minor possession, and some even got arrested on the basic of a dank smell in or near their cars, even if no product was present.

Those instances happened to folks of color far more than other people, thanks to discretionary application of the law. Once out, many of them were shut out of the legal industry, due to their arrest and incarceration records. It would seem to make sense that these people have an unfortunate history when it comes to cannabis, and the thing that led to their arrest for a non-violent crime owes them a favor when it comes to rebuilding their lives.

Why it isn’t in Florida

3) In Florida, broad context of this issue and a twist in the original cannabis law excised those who had been impacted.

When SB1030 was implemented, a last-minute change in the law set a requirement of being a nursery with a 30-year or more history in Florida, the capacity to grow 440K -lants, and a $% performance bond.

The essentially locked out most black farmers in Florida, many of whom hadn’t been in business 30 years.  Those that had, to due predatory lending practices, lost so much money and land that they could not qualify on their own. To this end, the legislature in SB8a, (the Amendment 2 implementation law), instituted a mandate of one license set aside for black farmers, stipulating that they had to be from the Pigford class action suit of the 1990’s, and be a member of the Black Farmers and Agriculturalist Association. (BFAA), But the BFAA was a closed social group, and that limitation was found to be a major problem in the policy and had to be removed in the following session. In the meantime, the same bill that added the Pigford license removed the 30-year rule and replace it with a 5-year rule that did not specify nursery status.

Many lawsuits were brought to the state, including own from a Choctaw farmer and lawyer named Donivan Craig Tingle in the panhandle who felt that the Pigford license unduly left out indigenous people.

It was a valiant attempt at social equity coming to Florida. But did it do what it was supposed to do?

Beyond the lawsuit, the Pigford license has had other issues, including a 4-year stall by the OMMU to set up the licensing application for it, so any new license award would be 5-6 years behind the other MMTC’s operating to scale.

When the rules finally were revealed this last October, there was no date set for it to happen, and the price of applying was a non-refundable $142K fee, more than double that their white counterparts paid to get their license in 2015. The date has since been set for March 21-25. The Emergency rules, which were released on Oct 21, 2021, have not yet been approved by the Florida Administrative Register.

The other problem stems from the concept of fairness of policy. Is it fair that Florida only set one license aside for this purpose, considering that folks of color are 4x more likely to be arrested, tried, and convicted of mostly small possession charges? Is one awarded license enough to provide Social Equity, or is this just tokenism?

And isn’t the problem not just a racial one, but at this juncture, also one of social class? You can give a black farmer a single chance out of the many licenses awarded with more to come but doubling of the application fee is more than just a slap in the face. It’s just a drop in the bucket for already struggling farmers who can’t get a USDA loan for cannabis (only hemp), and essentially need $40M to revamp their farms from whatever they are growing now to a cannabis farm, and, since they must be a vertically integrated entity, they must do far more that the average farmer. They must not only cultivate from seeds and clones, but process, package, sell in a dispensary and even deliver if it is part of their business plan.

For most, that is too high a climb without some sort of financial help.

But the SAFE Banking Act of the US Congress, which passed the house is still stuck trying to get heard in the senate. They even tried to insert it in the Military budget, but several senators, including Wyden and Booker, objected, and had it removed. That means that the banks can’t lend them money, forcing the black farmers to bring in funding partners which include Multi-State Operators (MSOs), Special Purchasing and Acquisition Companies (SPACS) and other none-bank companies and individuals who don’t necessarily come from the group that was disproportionality impacted. As we speak, many of them have already begun targeting those farmers with promises of helping them with their applications (in the last round, that type of consulting cost as much as $800k) and funding for capital expenditure.

A financial barrier can thwart the intent of the law

It is even possible that the funding contract could put the funders in position to eventually take over the company, regardless of their racial or former legal status.  That is a stark reminder that being impacted by the war of drugs as a kid or an adult doesn’t qualify that individual to be a successful cannabis company founder, and the chance for success becomes infinitely smaller when you must be vertically integrated.

Are we setting up a single minority-owed entity for failure, so we don’t even get the one minority millionaire, as envisioned by the law?

But most importantly, is that social equity, in general or specifically?

In a recent conversation with Nikki Fried, currently Commissioner of Agriculture and Consumer Services (FDACS) and a candidate for governor in the Nov 2022 election. she offered these solutions to the problem.

What do you think?