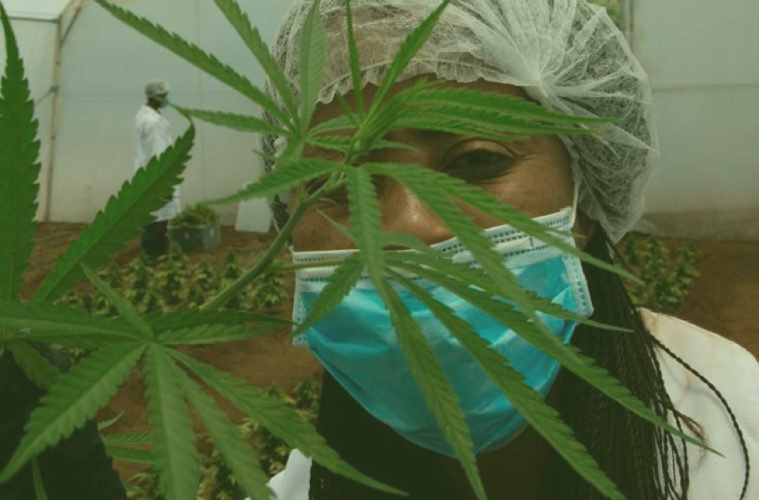 Locked out and Left behind: The Truth About Why Florida Refuses to Award a Minority Medical Marijuana License.

On June 10th, 2021, Sen. Daryl Rouson, wrote a letter to the current Surgeon General, Dr. Scott Rivkees. Sen. Rouson had championed the inclusion of a license specifically created to create Social Equity in the licensing process by mandating that one license go to members of the Pigford class action suit and the Black Farmers & Agriculturalists Association. The law was passed in 2017, but so far, no license application process had been developed, and therefore no minority license had been issued in Florida.

He wrote, “Dr. Martin Luther King once said, “I think we must honestly face a fact if one gets behind in a race, he must eternally remain behind or run faster than the man in front.” Black farmers deserve a stake in the state’s burgeoning medical marijuana industry”

“The Florida Legislature”, he noted, “enacted this particular provision in 2017 so that the medical marijuana licenses in our state would have equity when it comes to the production, cultivation and sale of this medicine. The people of this state and the legislature deliberately spoke of the need of black farmers to be incorporated into the medical marijuana business. Years later, the industry has expanded yet there is no equity.”

“As Chairman of the Senate Agriculture Committee, I am requesting the Department of Health to expedite the rulemaking process so that black farmers and agriculturalists can become licensed.” “Additionally,’ he asked,” I would like an explanation of the licensing process and a timeline for licensure.”

Months passed with no response from Dr. Rivkees or the Office of medical Marijuana Use (OMMU).

The DOH refused to respond.

In a letter dated September 10, 2021, he wrote, “Three months have passed since I requested this information be released and the department still is not following Florida Statute 381.986, requiring the department to issue a license for a recognized member of Pigford v. Glickman.”

“The committee’, he continued, “will expect information on how the department plans to comply with Florida Statute 381.986 and expeditiously release information and rulemaking regarding the medical marijuana license for Florida’s black farmers.”

The plight of the Black Farmers

He had also invited Dãnia Davy, Esq. (she/her), Director of Land Retention & Advocacy for the Federation of Southern Cooperatives /Land Assistance Fund yo speak on the topic of “Racial Equity in Florida Agriculture.”

She laid down the history of loss that Black Famers have suffered.

Compare those statistics to the requirements to apply for a cannabis license – “The applicant must possess a valid certificate of registration issued by the Department of Agriculture and Consumer Services pursuant to s. 581.131 that is issued for the cultivation of more than 400,000 plants, be operated by a nurseryman as defined in s. 581.011 and have been operated as a registered nursery in this state for at least 30 continuous years.”

It was obvious that the law would essentially cut out black farmers from the new cannabis industry in Florida.  Those last 30 years had been brutal for them. Davy noted in her presentation, focusing on just the last decade,

The 30-year nurseries/400K plant rule, intentionally or unintentionally, cut out minority farmers from participating in the application process. That was why the Pigford class license requirement was put into the law. But four years after the governor signed the bill into law, the application process for that “golden ticket” had yet to be implemented and as noted by Sen. Rouson, that was 4 years of lost time in a quickly expanding market that offered no equity.

With the preliminaries out of the way, it was time for the OMMU to answer to the concerns the prompted Sen. Rouson to call the DOH to testify. Chris Ferguson, the current director of OMMU came to speak in lieu of Dr. Rivkees, who was in the process of resigning his post as Surgeon General.

Despite the specific question from Chair Rouson, Director Ferguson began his presentation with the history of the Medical Cannabis program, starting with the first bill passed, which established the low-THC program, SB1040, until the Florigrown opinion in May of 2021. He then went into a detailed summary of the current rules and regulations of the Medical Cannabis program, even though these rules had nothing to do with the question at hand – Why hadn’t the Pigford license been issued?

He went through the qualifying conditions, requirements for certifying doctors, authorized and unauthorized use of cannabis, the ID card process and current numbers, which include that 22 licenses issued and the knowledge that 19 licenses mandated by statute had yet to be issued, including the Pigford class license.

But the issuance of the Pigford license was mandated by the bill signed into law in 2017. Why wasn’t it awarded?

Is Florigrown the real reason?

And the reason given? Florigrown.

On May 27, 2021, the Florida Supreme Court finally, after almost a year of deliberations and two sets of oral arguments, published their opinion on the Florigrown case. The plaintiffs at Florigrown had argued that the vertical integration mandate established in the statutory law written to comply with the legislature’s implementation bill for Amendment 2 was unconstitutional. They had won in the 2nd Judicial circuit in Leon County, but the Attorney general’s office appealed that ruling and the case ended up in the Florida Supreme Court. The Justices’ opinion ended the debate and kept the vertical mandate in place.

But it was now September. Was Florigrown the real reason?

Ferguson claimed that the opinion had yet to filter down back to the lower court for dismissal. One major problem with that explanation – the Florida Supreme court decision was handed back to the lower court in August, and Florigrown and the court agreed to dismissal in early September, weeks before the Senate Agriculture hearing. Then he claimed that other unnamed litigation would have to be resolved, as well.

But Sen Perry Thurston said it quite succinctly – “The one entity that we designated to participate has been denied the ability to participate and the denial has nothing to do with them.” That is quite true. Florigrown questioned the vertical mandate, but not the existence of vertical licenses.

Neither Rouson nor Thurston could figure out why the denial persisted. But the Director hemmed and hawed about how they had been working diligently and swiftly to set up the application process. He even claimed that the highly comprehensive application was ready, then re3versed himself minutes later to say that it was still in development but is a priority that may be finished in weeks or months.

“You mentioned that you have 22 licenses currently. Are any of those minority owned?” asked Thurston. “Yes, sire. We have one,” Ferguson replied. “Which one is that?” Thurston queried. “Cookies.” was the reply.

Gilbert Anthony Milam, Jr, aka “Berner”, whose father was born in Mexico, is the highly respected Rap artist and Entrepreneur and the majority owner of Cookies, a Multi-State Operator worth over a half Billion dollars. He has done quite well, having started in the San Francisco area, and expanded to 20 dispensaries in 5 states before coming to Florida, where he purchased the license held but not utilized by Tree-King Tree farms in September of 2020. Tree King got the license in May of 2019, but never even built a cultivation facility. The license was originally supposed to be sold to Green Peak Innovations of Michigan for $48M, but cookies bought the property directly from Tree-King. The in 2021, Cookies LLC announced its intention to embark on the project that is expected to represent a $100 million capital investment and eventually bring 400 jobs to the community.

But that is not the Equity license, a license meant to help Florida minorities disproportionately impacted by the war on drugs or to allow black farmers who had been disenfranchised by racially biased policies.

How much longer will they stall?

So, there is still no minority application process for a license mandated by law 4 years ago, and the OMMU has stated that the other 18 pending license will only be started after the Pigford license is awarded.

It seems obvious, by the presentation given and the answers given – Don’t expect a licensing process to begin anytime soon.

Update: Since this article was written, the OMMU published Emergency Rules to begin the application process, along with a 70-page application and a scoring guide. What is not in the rules is a date as to when the process will begin, leaving it up to the legislature as to when the 5-day window for applications will occur. Plus the rules included a $142K application fee, which is more than twice the original fee of $60k, which all the non-minority licenses paid. Challenges to this rule were immediately popping up and the Commissioner of Agriculture, Nikki Fried, has called for an investigation.