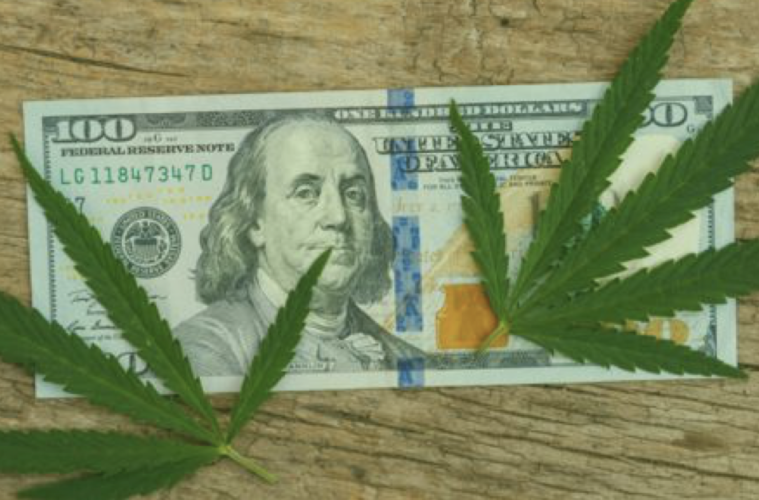 If you live in America, owning a Marijuana farm may get a lot easier soon

How’s this for a topic of conversation at the dinner table this holiday season: Did you know we can all invest in a weed farm? Aunt Karen will shoot you a disapproving look, your cousin Phil in his second year of business school will start asking about expected Compound Annual Growth Rate expectations for the business, and grandma Gertrude will be somewhat surprisingly intrigued, asking if this is “that CBD stuff everyone’s talking about.”

As the legal landscape for marijuana continues to evolve state by state at a rapid pace, and with hemp now fully legal at the federal level for agricultural cultivation, we’re entering a very different era. Gone are the days of trying to find that one co-worker with a reliable “connection.” In addition to the expanding availability of legal weed, we’re now seriously talking about real investment into cannabis and hemp grow businesses, even some qualified by the SEC under something called the JOBS Act, a recent law that allows anyone—not just the super-rich and connected—to invest in early-stage companies for real equity.

SEC? JOBS? That’s a lot of alphabet soup. But for now, read on to see how you could soon have an opportunity to buy into this booming industry in a way never before possible.

For the first time in the history of the U.S. cannabis industry, you may be able to own a part of a private, early-stage, cannabis grow facility for as little as $100.  Goldenseed, an award-winning California lifestyle and cannabis brand, hopes to be the first early-stage private marijuana and hemp company to be qualified by the SEC to offer ownership in its cannabis cultivation and processing business under Regulation A, which would allow Goldenseed to accept investments from anyone in the general public for as low as $100.

That’s right. If you have $100 in your pocket, you could soon tell your friends “I’m a weed farm owner” just like your buddy from Wisconsin proudly shows off his stock certificate for his shares in the Green Bay Packers. But unlike your buddy, you’ll have real shares in a real early-stage cannabis company.

While the U.S. cannabis marketplace is currently valued at more than $11 billion, some believe that the global cannabis market could be $150 billion in 10 to 15 years.  One analyst says that California alone could be a $25 billion market by 2026. Essentially, many analysts see the cannabis industry to be in the first inning of a long growth cycle. Goldenseed is looking to become one of the biggest players in the field with its leadership team’s strong background in real estate development, agriculture, and most importantly, incredibly high-quality cannabis. Their first product to market won High Times’ Nor-Cal Cannabis Cup for best pre-roll.

Scott Goldie, CEO of Goldenseed, looks at the opportunity to buy into his cultivation business as reminding him of “the wine industry in Napa in the early 70s, before it boomed.”

With Goldie’s 30+ years of experience in navigating the rules and regulations of real estate in California, and the cannabis expertise of lead cultivator J.R. Richardson (a second-generation master grower from Humboldt County) Goldenseed is building an operation that emphasizes clean, natural products grown in accordance with nature, and underpinned by a strong foundation of compliance and industry-best practices.

In other words, this is a company you might want to look into investing in, now that the opportunity could soon be available.  Previously, the ability to invest in early stage companies and potentially capitalize on an industry’s growth had only been available to high net worth individuals, “insiders,” and Wall Street types.  But Goldenseed believes a novel approach is needed to grow into not just a successful company, but a true community.

Goldenseed wants to democratize the process and allow anyone to own a part of their company in this exploding industry.  They are seeking as many investors as possible in their cultivation business in order to grow the brand together and demonstrate how a passionate group of committed individuals can come together to capture an early stage investment opportunity while also contributing to the growth and development of a high-quality group of products built on a respect for nature.

The Goldenseed brand focuses on:

Facilities: Goldenseed’s cannabis cultivation at their Santa Cruz farm can grow as large as 440,000 square feet, potentially becoming one of the larger growers of greenhouse cannabis in California. By year’s end, Goldenseed’s hemp cultivation alone will span 90 acres of Santa Cruz farmland with over two acres of seed production. They also have an 80,000 square foot climate-controlled hemp processing facility.

Research and Development: Goldenseed looks to the future and constantly conducts pheno hunts, which are the cross-breeding and back-breeding of dozens of genetic strains to grow plants that resist disease, grow at the optimal speed, yield the most, and look, smell and taste better. This enables Goldenseed to extract the purest and most powerful terpenes from the plant, which are natural compounds that contribute to a plant’s taste and smell.

While there are currently more than 200 publicly traded stocks related to the Cannabis industry, the majority of them do not involve U.S. companies that grow or distribute cannabis.  Goldenseed has the potential to be the first U.S. private company to give the opportunity for the everyday investor to own part of its cultivation and processing facility—and one with massive expansion plans at that. In addition to owning a part of the company, investors will also receive exclusive perks, which will be announced soon.

And is it even legal? For a real lawyer’s take on the legal landscape, check out this related article by one of the best-known securities attorneys in the country.

Go to OwnGoldenSeed.com to stay updated on how to invest in this opportunity to get in on an early-stage investment in a growing industry for as little as $100.

When we interviewed Goldenseed, they told us we had to add this to the end of the article, to follow federal securities laws.  Nice to see a cannabis company that cares about following the rules:

Golden Seed, Inc. is “testing the waters” for a possible offering of securities under Regulation A of the JOBS Act. No money or other consideration is being solicited by the company at this time, and if sent in response, will not be accepted. No offer to buy the securities can be accepted and no part of the purchase price can be received until the offering statement is qualified, and any such offer may be withdrawn or revoked, without obligation or commitment of any kind, at any time before notice of its acceptance given after the qualification date.