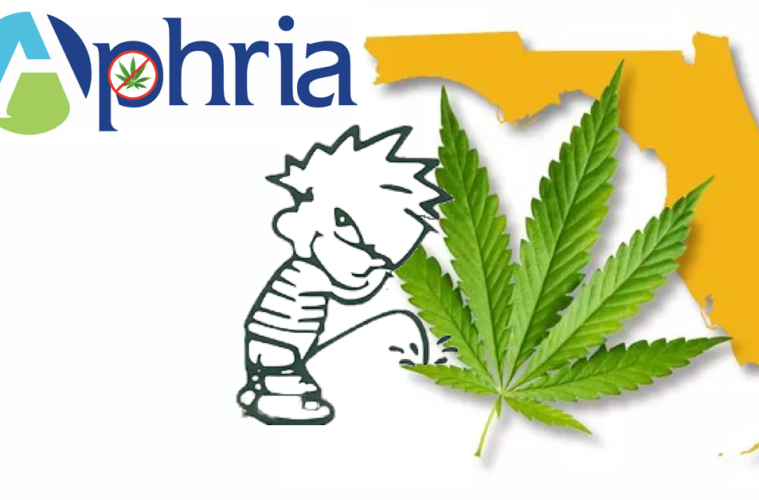 Florida’s medical marijuana program has not been an easy one on patients and Aphria is trying to keep whole plant medicine from them.  There have been many twists and turns in the lawmaking surrounding access to cannabis.  The latest bombshells to hit the dockets at Florida’s Department of Health was Aphria’s (DFMMJ Investments, LLC (“DFMMJ”)) Motion to Intervene  in an attempt to stop Trulieve from releasing it’s whole plant vaporizer cups which were approved in the license.

In May of 2017, Trulieve released it’s Entrouage product line, sealed vaporizer cups containing whole buds.   Within days they were served a cease and desist from Office of Compassionate Use Director Christian Bax ordering the flowers to be taken off the shelves.  Trulieve filed a Petition for Declaratory Before The Department of Health (DOH) on November 8th, citing that:

Trulieve has been the top license holder pushing for whole plant based medicine.

Aphria is a Canadian based medical marijuana business valued at more than $2 billion dollars.  In April they purchased Chesnut Hill Medical (CHT), one of the seven original license holders in Florida.  Earlier this month they signed a five year deal with Canadian online pharmacy retailer, Shopper’s Drug Mart, making Aphria the preferred supplier of medical cannabis to the chain.  Canada is set to recreationally legalize weed July of 2018 and it seems that Aphria has profits on its mind.

Aphria has cited in the Motion To Intervene filed on December 4th, 2017 that Trulieve releasing these cups will directly hurt their sales.  They also question wether the use of Trulieve’s cup are for medical use at all,

Aphria is already selling whole plant medical buds in the Canadian market but CHT (Aphria’s original license holder) did not have plans in their DOH approved methods of treatment which puts Aphria behind in the Florida Pot Monopoly.  They cite in their motion that,

“9. The Department’s answer to the question presented in the Petition will directly and immediately impact DFMMJ’s interests by affecting the products which can be sold and dispensed to qualified patients in Florida. This impact is an injury in fact because the Department’s determination will affect DFMMJ’s production processes, product line, and sales. The injury in fact is immediate because the impact to DFMMJ’s interests is not dependent upon any intervening factors. If the Petition is granted, the products identified in the Petition can immediately be sold and dispensed in Florida. Thus, DFMMJ meets the first prong of the Agrico test. See Boca Raton Mausoleum, Inc. v. Dep’t of Banking and Finance, Div. of Finance, 511 So. 2d 1060, 1063 (Fla. 1st DCA 1987) (An injury is of sufficient immediacy when it is the agency’s action itself which will cause the injury.)”.