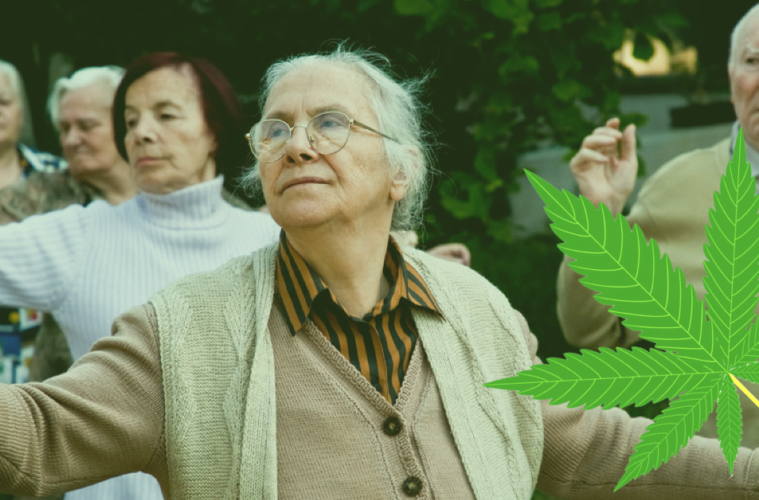 When it comes to the care of our elderly loved ones, some things seems obvious, yet they need to be said or they get taken for granted.

The Constitutional Revision Commission came up with a proposal to be considered for the 2018 ballot, for Article I of the Florida Constitution, known as the “Declaration of Rights”, entitled, “Nursing Home and Assisted Living Facility Residents’ Bill of Rights”.

“The right to adequate and appropriate health care and treatment that puts the residents’ needs and best interests first.”

You would think that this right would be at the forefront of concerns by the people who run Assisted Living Facilities (ALF), but here is one story that shows it’s not always the case, and it involves the use of medical cannabis to ease the pain and suffering of the debilitating illnesses of advancing age.

In October, WFTS, an abc-news affiliate, reported on a man’s concerns over his elderly mother’s care in an ALF in Pasco County, Florida. “You should see the condition she’s in. It’s horrible,” said Bert Greene, describing his mother Charlotte Simpson. “She’s got uncontrollably shaking, excruciating pain.” Charlotte had Parkinson’s, arthritis and other ailments that standard medicines just weren’t treating, and she was confined to a wheelchair. “She’s tried everything that there is to try,” Greene said.

So he took her to a certified medical cannabis physician and got her medical cannabis card.  When her new medicine was delivered to the Zephyrhills Health and Rehab Center, an ALF owned and operated by Adventist Health Systems, they told him to take the drops and capsules home. The management, which also runs Florida Hospital, would not allow her to take it.

They gave this statement:

“Our top priority is the care, safety and comfort of our patients. Like all health care facilities in Florida, and in any other state that permits the use of medical marijuana, we are seeking to balance and comply with the clear prohibitions of federal law with the flexibility afforded under state law.”

University of South Florida Healthcare Vice President Jay Wolfson noted, “The (state) law says that this is a legitimate medical therapy and you’ve gotten a legal medical prescription.” However that doesn’t necessarily mean they have to allow her to take it.

“They have the prerogative under medical decision-making and their medical director to say we do not believe that this is something that we want to offer and administer in our facility because there are alternatives,” Wolfson stated, “and it’s going to be very difficult to force them to do that.”

But there is more to it than just that.

In a conversation with Adventist staff, they told me they had concerns that they may lose Federal Medicare funding. Many ALFs rely heavily upon that money, since cannabis is still illegal under federal law, despite the protections given by the Cole Memorandum and the Rohrbacher Amendment that protect legal medical cannabis states from federal prosecution.

So they weren’t going to take that chance.

But there is yet another problem, and this one came straight from the new law that implemented the new State Constitutional Amendment that won 71.3% of the vote in 2016. It states that caregivers cannot receive monetary compensation, which means that ALF staff is disallowed from dispensing medical cannabis, and rules state that residents cannot dose themselves, so it would be up to Charlotte’s son to give her each and every dose, around the clock, every day. That gives the ALF another reason to deny her the medicine that could ease her pain and shaking.

Will it take another Constitutional Amendment with a declaration of patient rights in ALF’s for them to treat their residents with the health care that they deserve?

It’s time to have that discussion and make changes in the law.