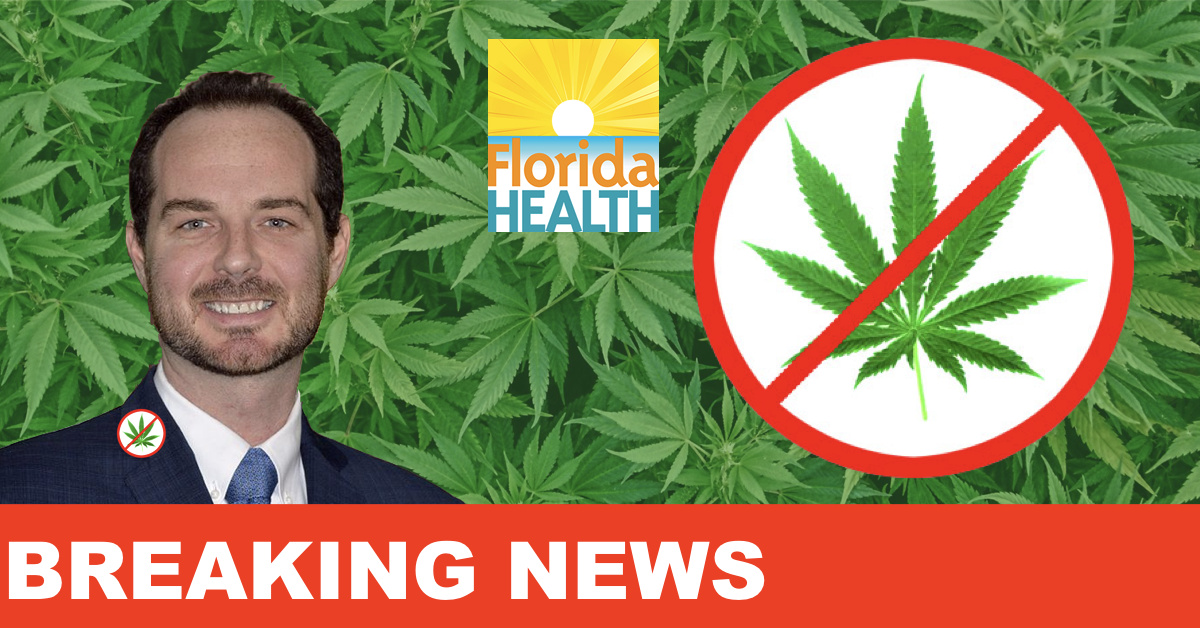 Cathy Jordan smokes cannabis like her life depends on it. Because it does.

Cathy was diagnosed with ALS in 1986, an ailment that normally kills its victims in 5-7 years. They waste away while they drown in their own saliva. But in 1989, on a beach in Manatee County, she discovered that by smoking a strain called Myakka Gold, the tremors in her muscles ceased and relaxed, and she became hungry for the first time in a long time. Today, at 68 years old, she smokes two joints a day. The first thing that happens is she coughs up any fluids that accumulated during the night. The “cotton mouth” effect keeps the saliva from building up throughout the day.

She is still alive to this day because she is allowed to smoke, thanks to a medical necessity defense that allows her husband, Bob, to give Cathy her medicine each and every day.

But the rest of the sick in Florida has not been given that right. The Charlotte web bill, passed in 2013 allowed CBD and low-THC oils and tinctures to children with severe seizures and adults with severe spastic disorders and the law was extended the following year for terminal patients that also expanded the types of products to include higher THC levels.

Thanks to mismanagement and infighting, it took until 2015 for the Department of Health to create the rules to even start the process to allow for applications for nurseries to become seed-to-sale dispensing organizations, a requirement of the Charlottes Webb law. Even the application process was marred with legal difficulties, including the acceptance of organizations that weren’t qualified.

Then came Amendment 2. It failed by just a sliver in 2014, but it got a make-over and a fresh start and won by a landslide in 2016 by  71.3%, with the promise of greater access of cannabis as medicine for people like Cathy and others with debilitating conditions.

In anticipation of the product needs for those who would gain access through Amendment 2, now Article X, Chapter 29 of the Florida Constitution, the first of the dispensing organizations to actually produce and dispense product, Trulieve,  amended their application to include “flower in sealed receptacles for vaping”. The amendment was approved by, the current head of the Office of Compassionate Use (OCU) in the Department of Health (DOH).

For over a year, Trulieve sold the Keurig-style cups along with a machine that you could pop them in and vape the contents. Inside, was a pulverized mixture of dried plant matter.  Some detractors called it “mystery shake” and dismissed the product.

I don’t work for them, I work for you

Then in May of 2107, the legislature adjourned the legislative session without passing an implementation bill for Amendment 2, and passed the ball back to the OCU, who had previously opted to not finalize any rules after a 5 city dog-and-pony show in February, where hundreds of Floridians came out to speak, pouring their hearts out to an impassionate and often smirking Bax.

That same day that the House and Senate adjourned, Trulieve rolled out their new line of products, the Entourage line, named after the effect you get when all of the cannabinoid and terpenes in the whole plant are accessible in a synergistic manner to the user. In the glass vial within the box were 4 metal mesh canisters, sealed with a crimped metal top. Inside was a full bud of a strain called Nine-pound hammer, and the in-house and third-party testing results were available to verify that this was 3.5g of a high quality full flower product.

Trulieve recommended that these canisters be used for vaping, in machines such as the “Volcano”, which has been used throughout the world for vaping, and highlighted notably on Dr. Sanjay Gupta’s Weed 3 Documentary on CNN and VICE on HBO.

The response was overwhelming across the state, in every retail outlet, except Pensacola, where it was not yet available.

Trulieve was already ready to roll out their second strain, called Lemon tree, when, less than one week after the well-received rollout, they got a visit from the OCU.

On the following Monday, the OCU released a Cease and Desist Order letter to Trulieve regarding the Entourage line of products.

The letter was CC’d to the Sheriffs of Leon, Hillsborough, Pinellas, Miami-Dade and Escambia County.

The letter claims that, “The smoking of low-THC Cannabis and Medical Marijuana is prohibited under section 381.986, Florida Statutes(FS). Licensed dispensing organizations have a responsibility to ensure their product is not one that can be easily transitioned into a smokable form.  Therefore, whole flower products are not permitted. Moreover, patients may only purchase low-THC and medical marijuana delivery devices via an order in the Compassionate Use Registry. The purchase of delivery devices outside of a dispensing organization and the Compassionate use registry is not authorized by section 381.986, FS.”

It goes on the state that a review of the instructions for the volcano vaporizer specifically states that the product is not a medic al device and is not intended for medical or therapeutic purposes. Of course, if they bothered to check the Canadian instructions, where medical cannabis is legal as a country, they would see a different disclaimer.

First, it should be noted that 386.986. 1(i) states, “Smoking does not include the use of a vaporizer”. That is why the initial approval was given for the packaging over a year ago. As far as ensuring their product cannot be transitioned, the OCU failed to include it in the rules they failed to write for Amendment 2, which began to take effect on January 17, 2017. Their arguments are flimsy, because they failed to solidify the rules.

In essence, the OCU is throwing down when gauntlet when they failed to set the standards in the first place when it was their time to do so, back at the beginning of the year.

They didn’t listen to the public then. Maybe it’s time to listen now.  After all, we were the ones who voted for medical cannabis access for those with debilitating conditions. The OCU, and the Legislature work for us.