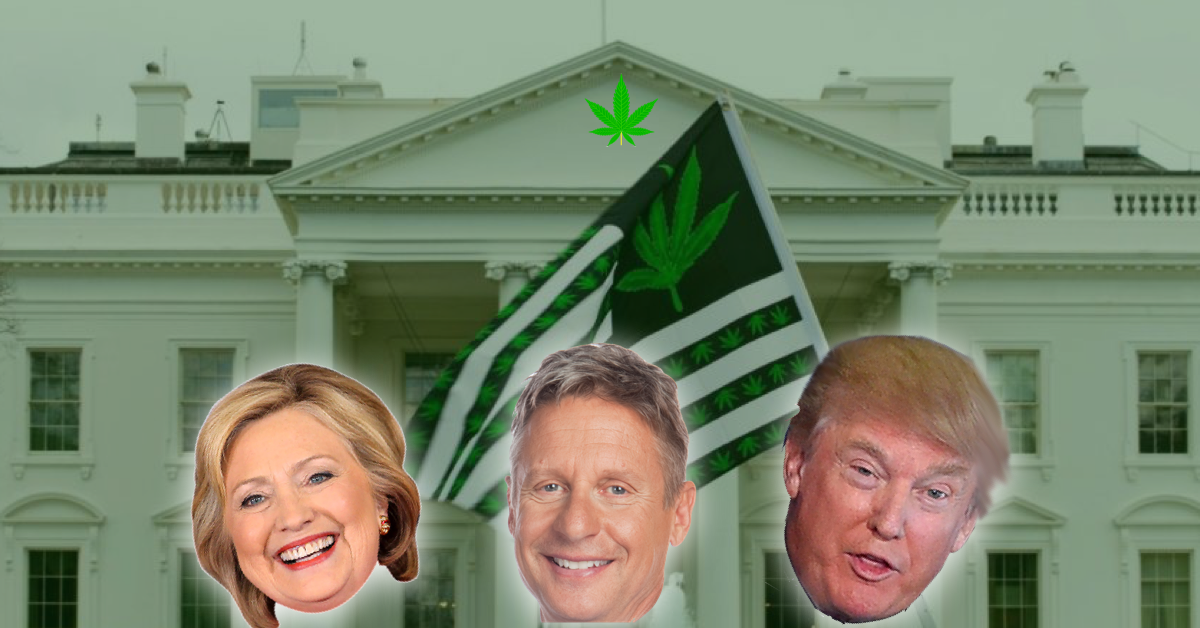 Who is the best Candidate for the Marijuana Community? 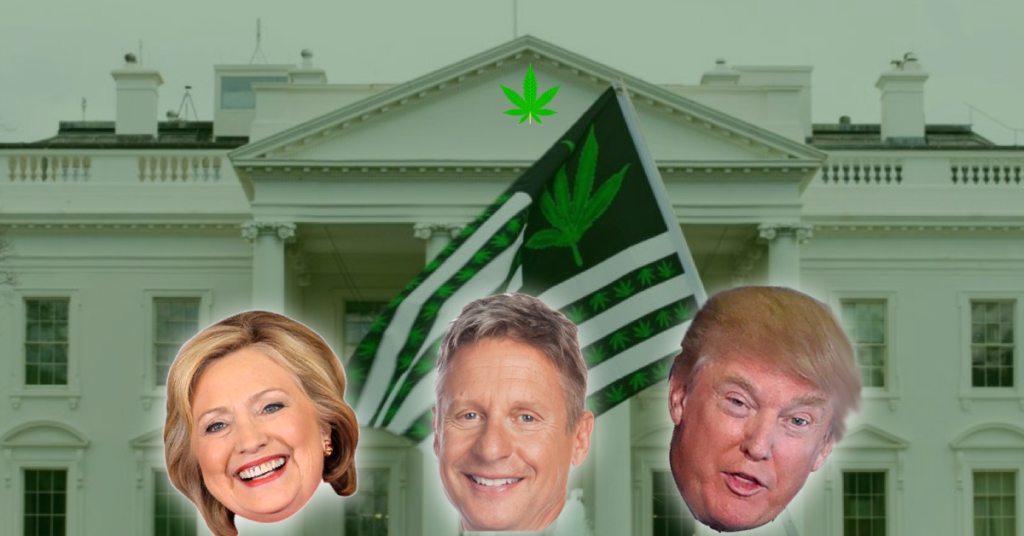 Which vote is the really the best vote for the cannabis cause? If you’re a single issue voter (meaning the only thing you care about is using cannabis legally “because it heals people”) then you need to listen up and read this entire article.

If you’re not a single issue voter don’t go away either. You might want to know about this information anyways because it directly affects the “big picture” (more details on that towards the end of the article).

So let’s look at the 3 choices (and we’re gonna leave Jill Stein of the Green Party that is running, off this list because her running for office is a complete joke and she’s only doing it to get “street cred” among her party. She’s not even on the ballot in all 50 States)….

The ones that actually matter are… 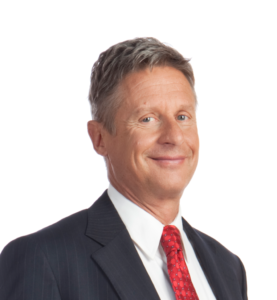 – On paper, he’s the most favorable for the legalization of cannabis. And since we all know that Bernie Sanders is out of the race (since he was the king of the hill in the cannabis community for Presidential nominee) it would seem an obvious choice that you should vote for Gary.

There is just one problem…

…there I said it. A bunch of Gary Johnson supporters are probably now planning a “social media attack move” with some rebuttals. Like “why if everyone would just not feel like they have to vote Trump Or Hillary and just vote Johnson he would win” but the reality is people aren’t going to do that.

Unfortunately, right now at this moment, we have a 2 party system. This is why Ron Paul ran as Republican (and his son Rand tried to do the same) even though most of his beliefs totally line up with the Libertarians. He ran as a republican because he knows that with the social and political climate that we live in that it’s the only way you can actually get anything done. Right now things are so bad (especially with the injustices towards cannabis) that if you want to make things happen faster than it would take  you to “eliminate the 2 party system” sometimes you have to fib a little and just tell people you’re “a Republican”. It’s totally corrupt And against everything you stand for I know, but cannabis needs to be approved in all 50 states sooner rather than later.

He does try though so I’ll give him that. 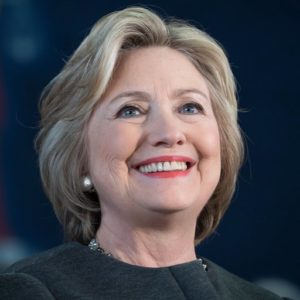 …a woman with a track record of taking money and bowing down to the very same special interest that Bernie said he was against.

I feel bad for poor little Bernie. He really tried to make a difference and was probably put under a lot of pressure since he was pretending to be a Democrat when he’s actually a Socialist (much like what Ron Paul did but as a Libertarian pretending to be a Republican). He probably had to endorse Hillary for the good of the party even though they completely betrayed him and his supporters by rigging certain parts of the election (the person in charge of the Democratic Party got fired over it do to the wiki leaks emails that were released) because he doesn’t want to be in fear of his life. I’m sure the house that he just paid cash for (this actually happened) doesn’t have good security against the Clinton assassins. (I’m just kidding about the whole assassin thing… just please don’t hurt me Hillary).

But assuming you can get past all that maybe Hillary is a good choice for Cannabis?

After all, a lot of your good friends who are Democrat are voting for Hillary and they believe in Cannabis legalization right?

…the reality is even if that’s true, based on her track record of pandering to special interest, she will turn cannabis into something that it’s not.

In the past, she has mentioned rescheduling cannabis to schedule 2 ( not the same as de scheduling) the likelihood that the dream of “mom and pop” canna-businesses flourishing and creating new jobs and fortunes, most likely won’t happen if the deck is stacked in favor of big pharma if cannabis gets re-scheduled

Everything involving crony capitalism has the word “Clinton” written all over it. I’m not saying she’s the only one doing it (both Democrats and Republicans actually do this)

She will  likely turn the whole industry over to big pharma and big agriculture on a silver platter. The last thing America needs is genetically modified cannabis.

If Hillary is elected it will put everything we’ve worked so hard to achieve for the legalization of cannabis back into the stone age by the time she leaves office 8 years from now.

Which brings us on to choice #3… 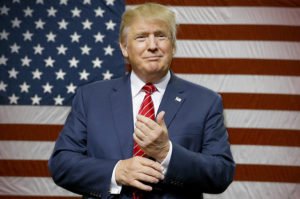 I’ve heard that line from several people (some of them in person).

You know who I haven’t heard that from?…

….that’s who. Anyone that remotely goes off on how racist he is doesn’t hang out with or really know the man and everyone that knows the man says that he’s not a racist.

Yes, there are some “off color” things that he has said but you have to remember that he’s pushing 70 years old. He’s not a perfect man.

And remember this article is about a single issue…

Which candidate is the best for cannabis?

That still doesn’t change the fact that Trump is still the best candidate for cannabis.

And why is that?

It’s because he’s a populace.

…now he did also say that it should be left up to State. Which isn’t what we ultimately want. We want it legalized on a State and Federal level so that the business side of cannabis can get banking and merchant accounts and is not operating as an “all cash” business (which doesn’t really paint Cannabis in a legitimate light).

But remember he said that at a time when he was running to get the Republican nomination.

Most Republicans are against cannabis legalization because they are simply uninformed on the issue. They don’t realize it heals people and they associate cannabis as something that is “smoked by bad kids at parties who get drunk and go to jail.”

Within 4 years when the majority of Americans are actually informed it will force Trump to deal with the issue more officially on a federal level. If Trump wants to have any chance of getting re-elected again in 4 years (and yes he’s thinking about that now).

Again this matters because like I said, he’s a populace and 4 years from now cannabis is about to be very popular.

This is why I believe that a vote for Trump is a vote for cannabis but only if we do our part to effectively educate people about the truth about cannabis.

This is one of the main reasons that I personally went before Tampa city a counsel the day it was voted on to be officially decriminalized. I was able to get the video picked up by “non cannabis” websites sites like ebaumsworld.com  and worldstarhiphop.com that you can see here…

So in conclusion, if we really want to be responsible with our vote I think that Trump is probably the safest realistic bet for the Cannabis cause and movement. It will be interesting to see if the Cannabis community can actually get their head wrapped around the “big picture”.

Whoever ends up holding office as the President of the United States isn’t going to make or break things now. Once we get medical cannabis legalized in most or all 50 States the next phase is to get it legalized on a Federal level. I think it’s a better idea to have a populace candidate in office to make it that much easier to help make that happen.

At the end of the day, it still is up to us to do our part in educating our communities about everything that Cannabis will do for our culture, people’s lives & our country. 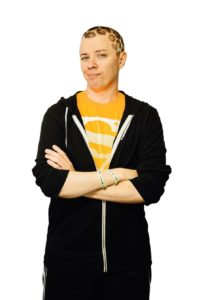 For the Christians For Cannabis and