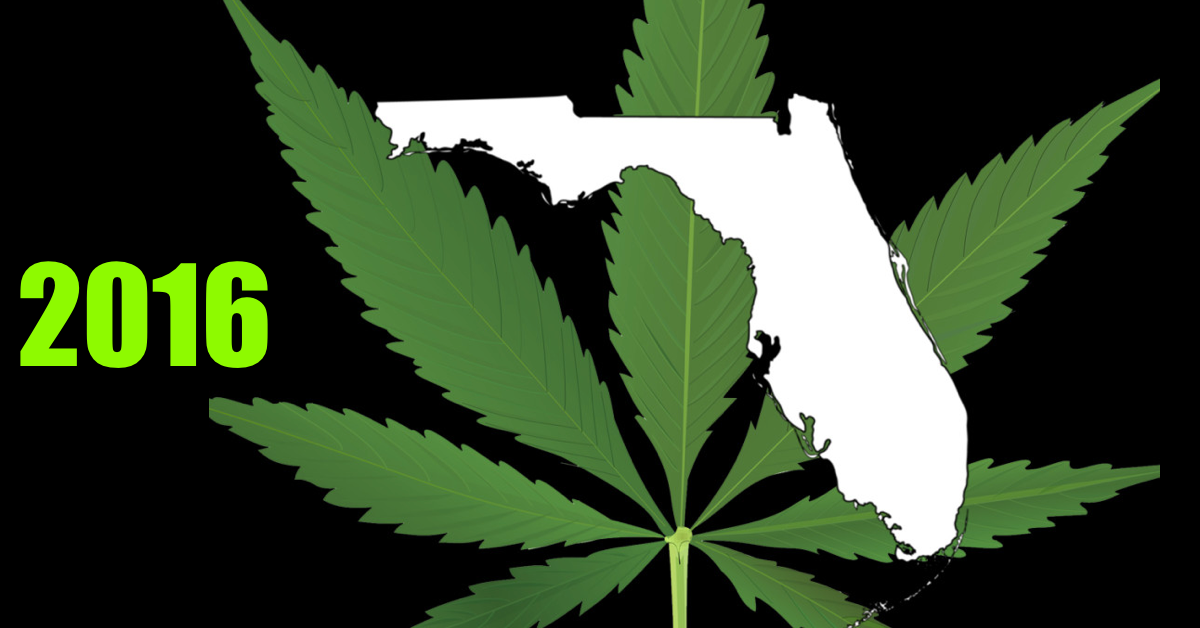 It was November 13th 2014 when Tre’ Evers, General Consultant for the “No on Two” Campaign, wrote his self-congratulatory memorandum to his supporters. Amendment two had lost by just two percent, yet Evers felt the need to gloat, and layout his battle plan. In the memorandum he emphasized staying on message. Regardless of what supporters say in defense of Amendment Two hammer the lies home with the general public. It doesn’t matter whether it is right, or wrong, stick to the message. Evers spoke about the messengers consisting of Florida Sheriffs, who dutifully went out into the public, and spoke of children exposed to pot. Social media such as the Facebook page “Don’t Let Florida go to Pot” posted memes depicting date rape, using marijuana brownies as the means to intoxicate their victims. The media was brought into play as Ever’s identified sympathetic reporters who would act as mouth pieces for the just say no movement. As we move closer to the November election let’s examine where we are today, so we do not repeat the errors and stumbles of 2014.

In 2016 we are seeing a different message from the “No on Two” group. The message is with passage of Amendment Two there will be thousands of dispensaries and cultivation centers post November. That will not be the case. With passage of Amendment Two the present Compassionate Use program will be expanded to include those parts from the amendment not in the current program. The Office of Compassionate Use follows Florida law. There will be a bill put forth in the first legislative cycle to implement amendment two. We can expect the present growers, who have invested millions, to fight to keep the market contained and vertical. Expansion of the present program will be a fight in the courts. At the most we may see up to 30 or 40 additional growers. The ideal situation would be to decouple the vertical, so entrepreneurs’ and advocates can be involved.

The Florida Sheriff’s Association has been exceptionally quiet to date. For one reason we are in an election season, and the FSA leadership has changed. We do not see Florida Sheriffs in the press, speaking at churches and schools, and holding public court with the media speaking to reefer madness and cannabis date rape. If they do turn up in the following months we must lean on them heavily, and draw attention to their untruths. Vote them out!
Facebook’s “Don’t Let Florida go to Pot” is not interested in the science behind marijuana, and why we advocate. Mel Sembler said “Marijuana isn’t medicine!” However, some of their readers may be interested in reading our responses. Post respectful responses, using science and fact, to refute their statements. Flood the page with responses, and links to scientific articles on PubMed, Google Scholar, clinicaltrails.org, pharmaceutical information pages, and other reference sites. Do not get into fights with trolls. Post, let it go, and move on to attack the next lie.

The money we witnessed flowing from casino owner Sheldon Adelson has been absent to date. In Adelson’s home state of Nevada cannabis is also on the ballot. Adelson is battling cannabis locally, and after pulling out of Florida, with regard to seeking a billion dollar casino, he may not be interested in opening another money draining battle. Adelson is commenting he will donate upwards of $100 million towards Trumps political campaign against Hillary Clinton. Prohibitionist Mel Sembler raised over $100 million for Jeb Bush, who sits on the Board of Directors for his anti-cannabis group. Jeb Bush expended over $70 million before pulling out of the race. What a waste of donor dollars! Those same donors who contributed to Sembler may not be so eager to contribute thousands, or millions, to yet another anti-marijuana campaign. Reefer madness commercials? Jamestown Associates who developed 2014’s slick reefer madness commercials are busy with the presidential election. Do they even have the resources to fight Amendment Two when receiving millions to attack both Trump and Clinton?

In conclusion, we can expect to see a responsible, hard fought, cannabis compassionate use program within Florida. It will not be easy. Expect to see the prohibitionists to stay on message repeating the lies. Then post a successful Amendment Two the growers will lobby law makers to contain the program. Corporate forces will maneuver for control, while advocates fight for home grow. We must utilize independent law makers like Clemens, Ballard, and others identified by Florida CAN who can champion our cause. Identify law makers similar to Representative Matt Gaetz, and Senator Rob Bradley, who do NOT deserve our vote or support. As long as we advocates stay on message, use science and facts, maintain our composure, and vote, we will win this November.

Then maybe Mel Sembler will be nothing more than a line or two in history books identified as being on the wrong side of medical marijuana.