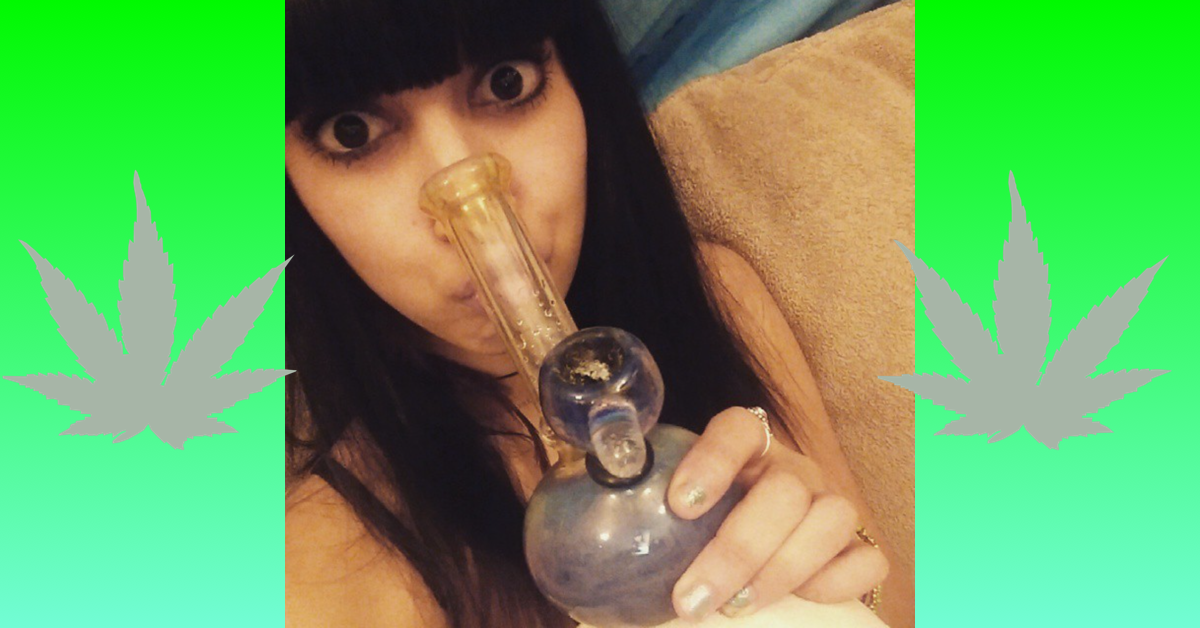 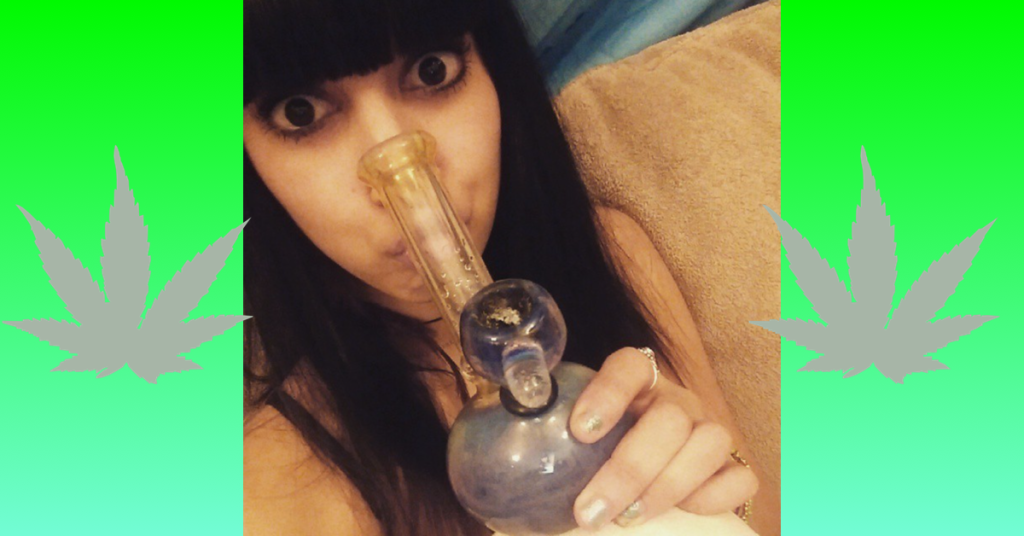 So you’ve met a nice girl or maybe she isn’t nice, that might have been a little too forward of me. Either way you’ve started noticing things that spark your stoner curiosity. Could this chick possibly be a stoner? It is in this day and age, at least in my part of town, hard to find someone that isn’t an occasional smoker; this isn’t pertaining to the girl that takes a puff over a bonfire while roasting a limited edition pumpkin flavored marshmallow. Instead we are looking for the kind of girls that have a library of glass. Her chill demeanor could be a possible insight to her pastimes, however, if you live in any place even similar to Portland Oregon, a hippie wardrobe and calm tone may not be enough. That’s why I have compiled a list of signs to keep an eye out for. Could she be the next the girl to split an edible with over a decadent meal of taco bell?

We girls are known for keeping a plethora of fragrances and perfumes that we douse ourselves in. If a girl truly smells like weed, she must be smoking a lot. You can figure it like a math problem; if we (spray ourselves with) take baths of Chanel No.5 about three times a day at least, for us to smell like weed we must be smoking more than three times a day. That there is a stinky, skunk, stoner.

2. She makes her big appetite clear

It’s not a stereotype that girls will eat less in front of a guy; especially on the first couple of dates. Personally I think it’s just because we get nervous and lose our appetite. Plus it’s really hard to talk to someone when you’re eating! You’re mouth is full of food! In contrast going out to eat with a stoner is always the opposite. Whether it’s a joint we already had rolled in our pocket or a keychain pipe, us stoner babes always find a way to sneak in a smoke before a meal. Because of that the food and the conversations never end: beware of flying munchies.

3. Her best friends are stoners

If you are wondering about a girl and whether or not she is a stoner, an occasional smoker, or even a hardcore non supporter look no further than her friends. The people we associate ourselves with can say a lot. Do we look like we are planning how to go to burning man next year or reading the 10 scriptures? Chances are if we all look like stoners, act like stoners, and smoke like stoners then we are probably a group of stoners and your instincts were correct. Celebrate by rolling up a grape swisher to smoke with your new bud.

4. She always has a lighter with her but doesn’t smoke cigarettes

This one is pretty self explanatory; do you often see her with a lighter but never seen her with a pack of cigarettes? She has to be lighting something… 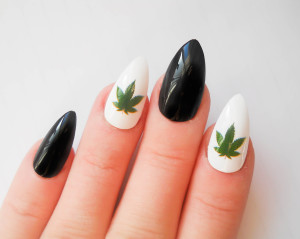 5. Burn marks on her lighter or nails

There are small stoner babe qualities to look for. Such as her nails. Do you see any burn marks on them? It can be a lot easier to see if the cloud 9 chick paints her nails and you see the black of many bowls being put out on the tip of her fingernail. If you can’t tell if her nails are burnt then look at one of those lights she always has; is the corner burnt as if it had been in the war field of a stoners grasps?

If all else fails you can always tell her you made some special brownies. Any stoner is going to look at you in a questioning stance for about 5 minutes trying to figure out if special was stoner lingo or actual English.

Just to throw one obvious personality trait into the mix, stoner girls are usually pretty chill and laid back. This doesn’t mean we are full fledged hippies and you should break out the peace signs and tie dye. Nor does it mean that you can forget her birthday and her weed stache will make it all better. This can, however, mean that you’ll see things roll off our backs easily. Trivial things don’t seem so important when you’re high. We also can be a lot more low maintenance. To hell with flowers, bring us a nug and watch us swoon.