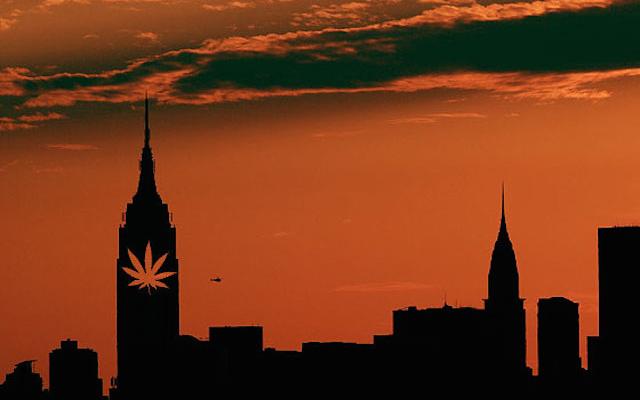 New York City – home to Broadway, skyscrapers, some of the best food on the planet, and now, smoking weed in public?

On any given day, in just the span of few hours, a handful of people can be seen smoking weed on the busy sidewalks of downtown.

You can still get arrested for lighting up in public – as one woman learned when Police Commissioner Bill Bratton saw her and gave her a warning.

Mayor de Blasio introduced a new NYPD policy, which took effect last November 14. It mandates that a person  possessing less than 25 grams of marijuana gets a ticket instead of being arrested — as long as they have an ID and no outstanding warrants. But smoking weed is still a crime.

Says de Blasio, “If you’re smoking it in public, we will potentially arrest you.”   Depending on the circumstances, cops can issue a  warning or make an arrest. It’s up to their discretion.

To learn more, check out this article at The New York Post.