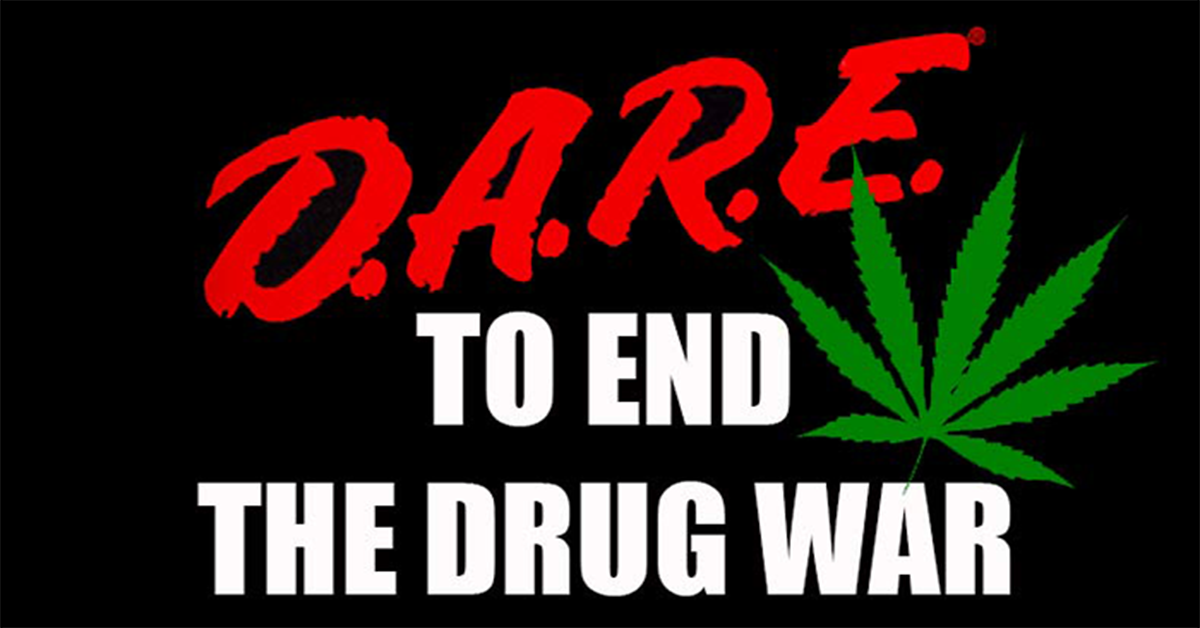 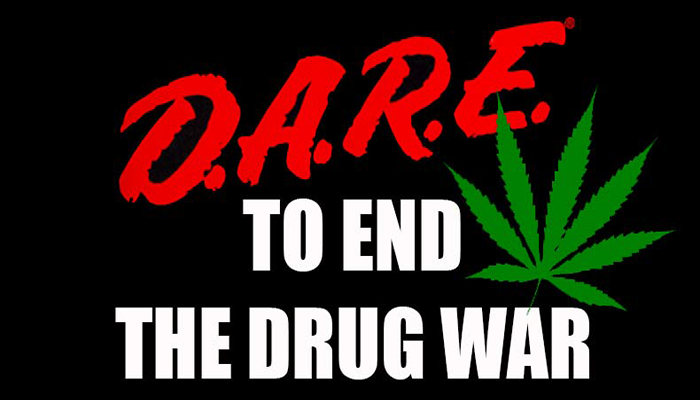 At the time of my youth The Drug Abuse Resistance Education (D.A.R.E.) program was looked at as a program with the right moral intentions in mind.  They were moral crusaders hell bent on keeping poisonous drugs away from our youth through education.  Since the year it was founded D.A.R.E. has had a strict, scared-straight, abstinence philosophy to keep children from doing drugs.

Nowadays the program is viewed as one of the last remaining forms of yellow journalism alive today.  Medical and Legal marijuana especially are gaining public acceptance as the general public is now educating itself about the benefits of cannabis. One can even make a convincing argument that cannabis is the first step to a healthy and sustainable lifestyle.  Seems as though the D.A.R.E. program has been lying to the youth rather than educating them.  I remember D.A.R.E. staging “former drug addict” actors to come to my class, scare the shit out of me, and tell me that one puff of marijuana smoke would be all it would take to get me addicted!  Those with half a brain and just a little bit of knowledge of marijuana know how ridiculous that sounds!

Either way, it seemed like D.A.R.E. was taking a turn towards a more honorable path recently when it posted an op-ed by former Ohio Deputy Sheriff Carlis McDerment to its homepage which seemed to be urging for the legalization of marijuana.

In McDerment’s letter, he explains, “The goal of prohibiting marijuana was to eradicate its use, but in reality, the drug has become infinitely harder for law enforcement to control. People like me, and other advocates of marijuana legalization, are not totally blind to the harms that drugs pose to children. We just happen to know that legalizing and regulating marijuana will actually make everyone safer. Merely decriminalizing it will do nothing to undercut the dangerous illicit market that is currently selling to kids everywhere…of course, children shouldn’t ingest marijuana unless a physician has legally recommended it. But anyone who suggests we outlaw everything dangerous to children would also have to ban stairs, Tylenol, bleach, forks, and outlet sockets and definitely alcohol. Those things harm children every day, but anyone championing that we ban them would be laughed at.”

This would certainly seem to be a responsible approach toward educating our youth on cannabis.  It seemed, for a moment, that the program was finally coming to its senses and addressing the issues that its philosophy represents.

But don’t get your hopes up.  The letter has been removed from the D.A.R.E. website, and Director Donald J. Brogan explains it as “mistakenly posted on our website by a service we use.  We have not changed our stance of being opposed to the legalization of marijuana”.  Oh well!  Looks like they will continue to lie to our youth!