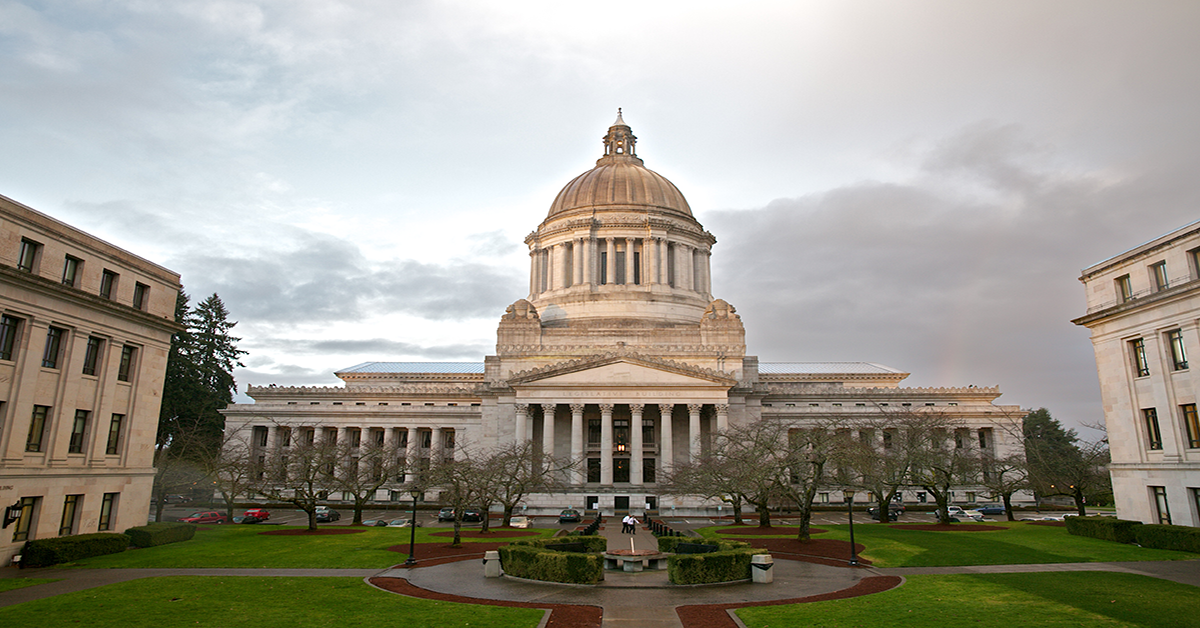 The State of Washington Moves Forward for our Veterans:

while Colorado Leaves Them Behind 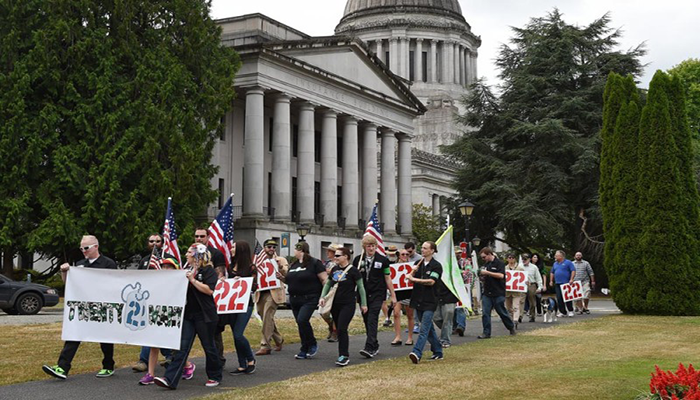 therapy. The formal research on pot as treatment for PTSD has been limited and inconclusive.

One state-funded Colorado study is just getting started. And, a study last year from the

University of Arizona was cut short when the school abruptly fired the lead researcher, Dr. Sue

Sisley, without cause. Yet, thousands of veterans in medical marijuana states are utilizing the

plant for treatment. After all this, the federal government remains unconvinced, although last

month the U.S. Senate did approve for VA doctors to recommend it in legal states.

Washington will be the 11th state to specifically include PTSD as a qualifying condition.

the stores that dispense medical pot haven’t been heavily regulated. But the legal changes

making a living churning out cards. Other parts of the overhaul law, Senate Bill 5052, hit next

year and force shops to obtain new state licenses or shut down. Activists are raising money for

a court challenge to the law and plan a rally Friday at the Capitol Campus.

But, a rally on Wednesday celebrated the parts of the law that provide new access for

military veterans. An average of 22 veterans commit suicide daily, according to one estimate

from the Department of Veterans Affairs. Hence the name the advocates have adopted:

Twenty22Many, pronounced “twenty-two too many.” Members meet at Rainier Xpress, a

downtown Olympia medical-marijuana shop whose owner Patrick Seifert is a lead organizer of the group.

stores. But a medical authorization for PTSD is the right approach and many veterans hope the

VA will one day use marijuana as part of their treatment plan. Yet, all isn’t green in paradise.

to put cannabis on a list of approved treatments for post-traumatic stress disorder, an agency

spokesman said. While Colorado has allowed the use of medical marijuana to treat various

ailments since 2001, the state’s health board has three times refused to put PTSD on its

The spokesman, Mark Salley, said the Colorado Board of Health voted 6-2 to reject a petition

for PTSD to be included as a “debilitating condition” that can be treated with medical pot.

physicians to recommend strains that provide relief without the drug’s psychoactive properties,

and allow for improved tracking of its efficacy. The board cited insufficient medical evidence

that cannabis helps those afflicted with the mental-health condition.

and data, and just voted against collecting such data. On its website, the health board says

medical marijuana may be recommended for sufferers of cancer, glaucoma, cancer and

HIV/AIDS. It also says cannabis may be recommended for people who have “a chronic or

As a former airmen, this author knows that we do not leave our fellow brothers in arms

behind. That is exactly what the bureaucrats in Colorado have done.