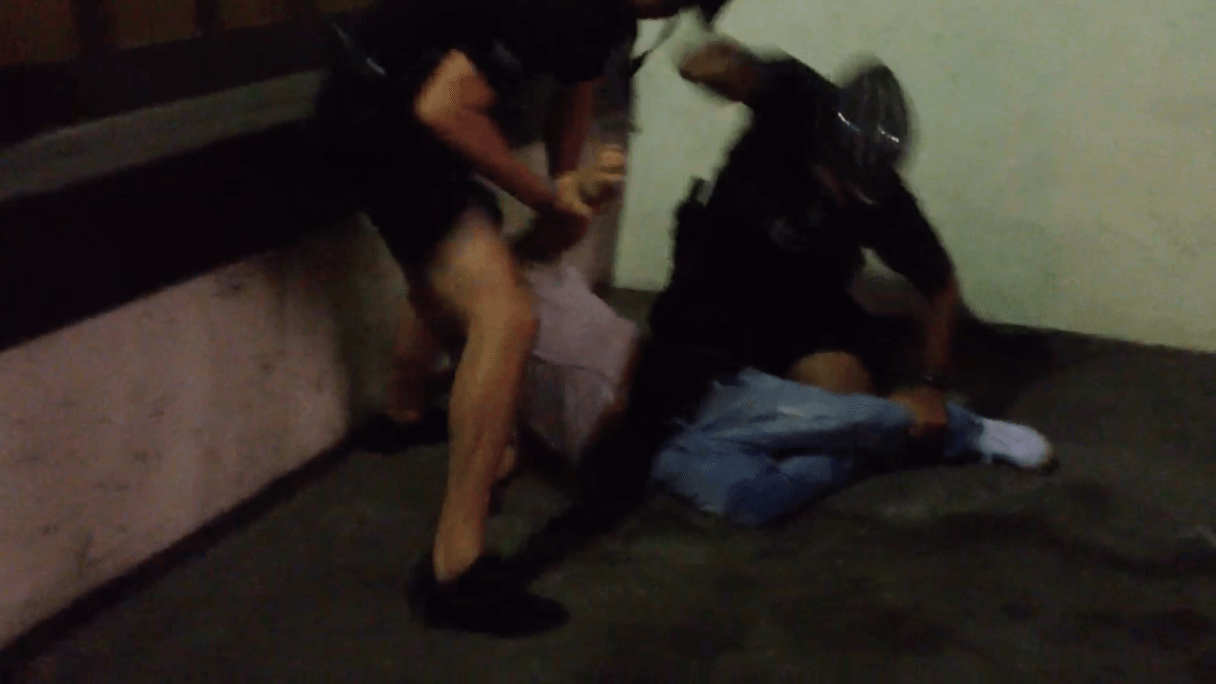 Canna ChronicleJuly 12, 2015
Uncategorized0 Comments 0
During the wee hours of July 5th, Kissimmee residents Mario Manzi 19, Jazmin Ahmed 19, and Ryan Diaz 19, took refuge  from the rain under a parking overhang of a building at 47 W. Jefferson street in Orlando. They had just attended a mewithoutYou concert. As the teens waited for an Uber driver to pick them up, an Orlando Police officer appeared on a bicycle claiming that he was responding to a call from a woman inside the building who said she could hear people talking under the parking overhang and that she could ‘smell marijuana’ through the building’s mail slot. Once the police officer – identified as Michael Napolitano – advised them that they were being detained and would be searched under the suspicion that he too could smell marijuana, Manzi took out his cellphone to record the altercation for legal purposes. Once Manzi hit record, the situation took a sharp turn downward.
As the video illustrates, Manzi explains to Napolitano that he is in fact allowed to record the confrontation, but Napolitano counters with “You are being detained right now ’cause you smell like Marijuana!” and reaches for Manzi’s cellphone. Manzi hands his phone over to Ryan Diaz, saying “Record this. Record this.” which Diaz does. The officer then again loudly says that they are being detained, and from behind the camera Manzi acknowledges that they are being detained saying, “We’re being detained because it smells like marijuana, we understand.” Napolitano again reaches for Manzi’s cell phone that Diaz is recording with. “You can’t grab my camera!” says Manzi. Napolitano replies, “Yes I can sir! You do not understand how this works! You are detained! You do not run the show!”  Diaz gives the cell phone back to Manzi, who is then able to record Diaz being pushed to the ground and punched in the face by Napolitano. It is also clear that while Diaz is already on the ground, Napolitano punches Diaz again and yells “Get on the ground!”.  At this time another officer appears on the scene and restrains Diaz while Napolitano punches him one more time in the leg. Diaz was then handcuffed and taken into custody.
Afterwards, the officers searched all three teens, as well as the surrounding premises and found no marijuana or drug paraphernalia at the scene. Manzi and Ahmed each received trespassing violations while Diaz was taken to jail on the charges of battery on a law enforcement officer and resisting an officer without violence.